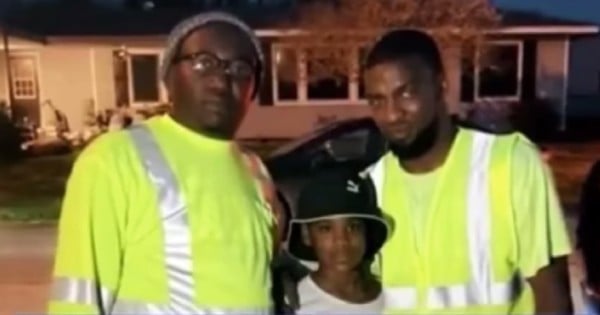 One boy who was hiding in a garbage can almost lost his life if it weren't for the quick-thinking of one attentive garbage man.

Kids will be kids, and sometimes they enjoy hiding in the strangest places. That was the case for Elias Quezada, a curious 7-year-old boy in Tampa, Florida. He was wondering what it would be like to hide in a garbage can, so he decided to find out.

But only minutes later, the garbage truck arrived at his house and lifted the garbage can that he was in and emptied it into the back of the truck. Elias’s grandma, Carmen Salazar, said she heard her grandson scream while she was inside the house.

"I thought that Elias was under the wheels,” she said. “That he had been hit or something.”

During an interview, Elias was asked if he was scared when he was dumped into the back of the garbage truck. “Yes,” he said, “because I thought I was going to be a mashed potato.”

The driver of the garbage truck, Waldo Fidele, saw a quick glimpse of Elias falling out of the trash can and into the truck when he looked at the surveillance video. Then he immediately hit the buttons that would deactivate the blade that is used to chop up the garbage.

Because of Waldo's quick-thinking, Elias's life was saved! Waldo's manager at the Waste Connections of Florida called him a hero after hearing about what happened.

YOU MAY ALSO LIKE: Husband And Wife Duo Perform A Breathtaking Version Of ‘Great Is Thy Faithfulness'

Thank goodness for Waldo's attentive eye and quick actions. And Elias now knows not to jump into any more trash cans!

WATCH: Boy Is Saved By Garbage Man After Hiding In Trash