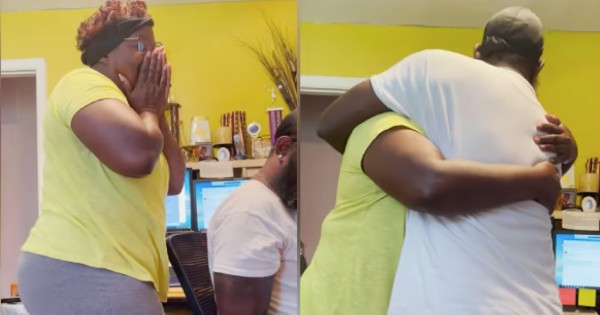 Loving Son Surprises His Mom With Special ‘Thank You’, Her Mortgage Paid In Full
Read Article »

After a diagnosis left Patrick Mitchell with little time left, he and daughter Vanessa carried out bucket list stuff to make memories and cherish his last days together. And boy, what an adventure these two shared!

Patrick Mitchell had high hopes of living to the age of 100. But at the age of 72, he received news he likely wouldn't have long to live.

When his daughter Vanessa heard about her dad’s stage four pancreatic cancer diagnosis, she knew time was running out. So she decided to embrace what little time she had left with her father.

Vanessa wanted to make as many memories as possible with her father. She then came up with a plan to take a month off of work to spend time with her dad. But her plans didn't stop there.

She posted her father’s story in the Coronado Happenings Facebook Group asking for things to do. But she didn't want touristy things to do. She wanted more memorable moments with her Dad. Vanessa was looking for bucket list-type stuff to experience with her father.

She assumed she would get a few suggestions from the community group and she certainly didn't expect to receive hundreds of responses. Not only did the responses pour in but those who read her father's story wanted to help too.

One generous stranger offered to take Vanessa and her father on a private tour of the U.S. Navy helicopter squadron. Another stranger generously offered Patrick and Vanessa a private tour of a Navy Assault Ship which brought back many memories for Patrick from his former glory days in the military. The pair were also given tickets to fly to Las Vegas to stay at the Paris Hotel and even attended a UFC fight. Vanessa and Patrick had never attended one but really enjoyed the bonding experience they shared. Perhaps one of the most beautiful gifts Patrick received was a violinist coming to his home to play many of his favorite songs.

Can you imagine just how special these last bucket list moments were for Patrick and his daughter? Vanessa says she will forever treasure the kindness, compassion, and generosity that was shown to her and her father before he was called home. Even though her dad passed from this side of heaven to the next, she is incredibly grateful for the outpouring of love from strangers.

YOU MAY ALSO LIKE: Dad Dying Of Cancer Cuddles His Newborn Baby And Is Gone 48 Later