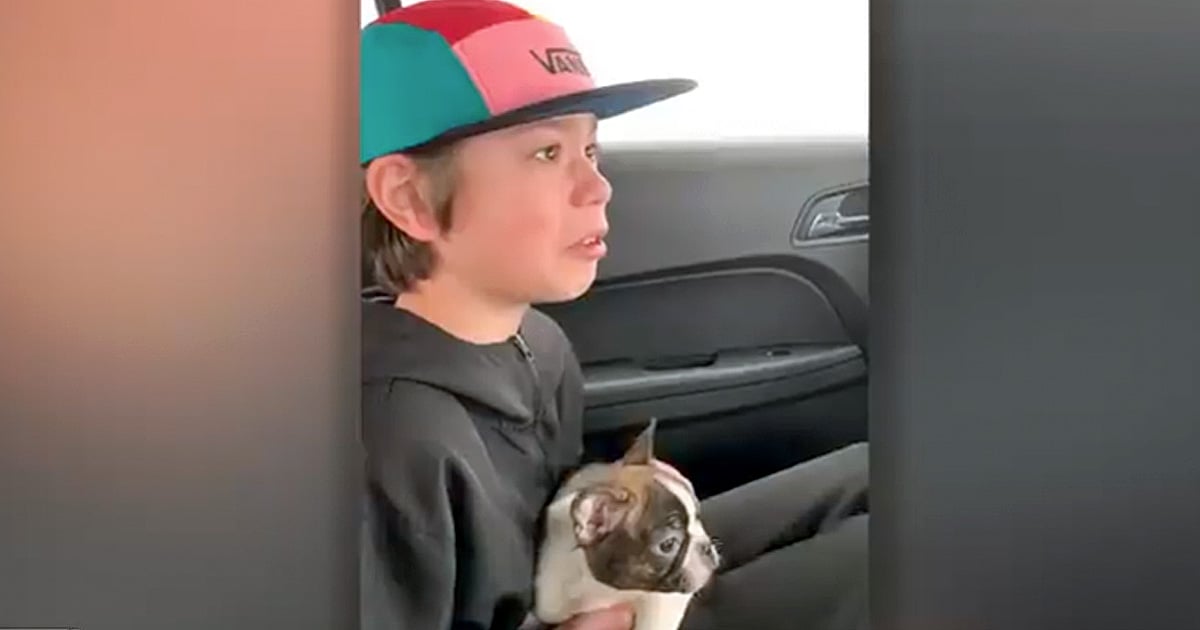 Most people consider Christmas lights in March pretty tacky. But Danny Fontaine of Rhode Island had a heartwarming reason for hanging his. He was fulfilling the dying wish of the “grinch” next door, Tom Howland.

Tom Howland and his neighbor, Danny Fontaine, had a running joke about Danny hanging his Christmas lights too early in the year.

“He likes to pretend that he’s the grinch,” Tom’s wife, Peg Howland, explained. “He really does love Christmas though.”

Danny and Tom chatted often, as many next-door neighbors do, and Danny would often jokingly ask Tom throughout the year if it was too early for Christmas lights.

“I would always joke with him, ‘Is it too early to put the lights up?’ And throughout the year, whether it was spring, summer, or fall, I would always say that to him,” Danny Fontaine explained.

But the joke ended up taking an emotional twist one year the neighbors never expected when Danny decided to put up his Christmas lights in March.

Dying Wish From The “Grinch” Next Door

62-year-old Tom Howland battled bladder cancer throughout 2019. And by October, the father and grandfather thought he was in the clear.

In October 2019, doctors pronounced Tom cancer-free. But by December, the cancer was back with a vengeance.

“It had metastasized to his lungs and his pelvis,” Peg said.

The chemo treatments were tough and Tom wound up in the hospital twice after his cancer returned. And by March, he decided he’d had enough. Tom opted to end the treatments.

He returned home to finish out his days with his family and Peg, his wife of 39 years.

Danny came by to check on Tom and see if there was anything he could do for his longtime neighbor and friend. And Tom’s last request took him by surprise.

“He said, ‘You can put up your lights’,” Danny Fontaine recalled.

RELATED: 2 Angels Visited This Dying Man And His Testimony Is Amazing

And so, Danny hung up his Christmas lights in March.

Peg wasn’t aware of the conversation between the neighbor and her husband. So, it was a powerful moment when she and Tom saw the Christmas lights in March.

“It was so beautiful to see,” Peg said. “So we pushed his bed forward so he could be able to look out the window… When he looked out at the Christmas lights, it made him really happy.”

For Danny, if putting up his Christmas lights in March brought his friend any amount of comfort, it was well worth the effort. And the act of kindness had a big impact on Danny, too.

“It just reaffirmed that the little things in life matter,” he said as emotions overwhelmed him.

No matter how small the act may seem, kindness always makes a big difference. Tom passed away a few days later, and the national crisis of the coronavirus pandemic made funeral arrangements impossible.

As a result, Danny’s Christmas lights in March served as a type of memorial for the family. His kindness was a reminder that no matter how dark things seem, there are people out there who care.

“He did it from his heart,” Peg Howland said. “And I think people need to know that with everything going on in the world, there are a lot of good people with kind hearts.”

YOU MAY ALSO LIKE: 7+ Acts of Kindness During The Coronavirus Pandemic to Restore Your Faith in Humanity

What a beautiful reminder to never lose hope, no matter how hard things get. Even the smallest act of kindness can shine brightly in the darkness!