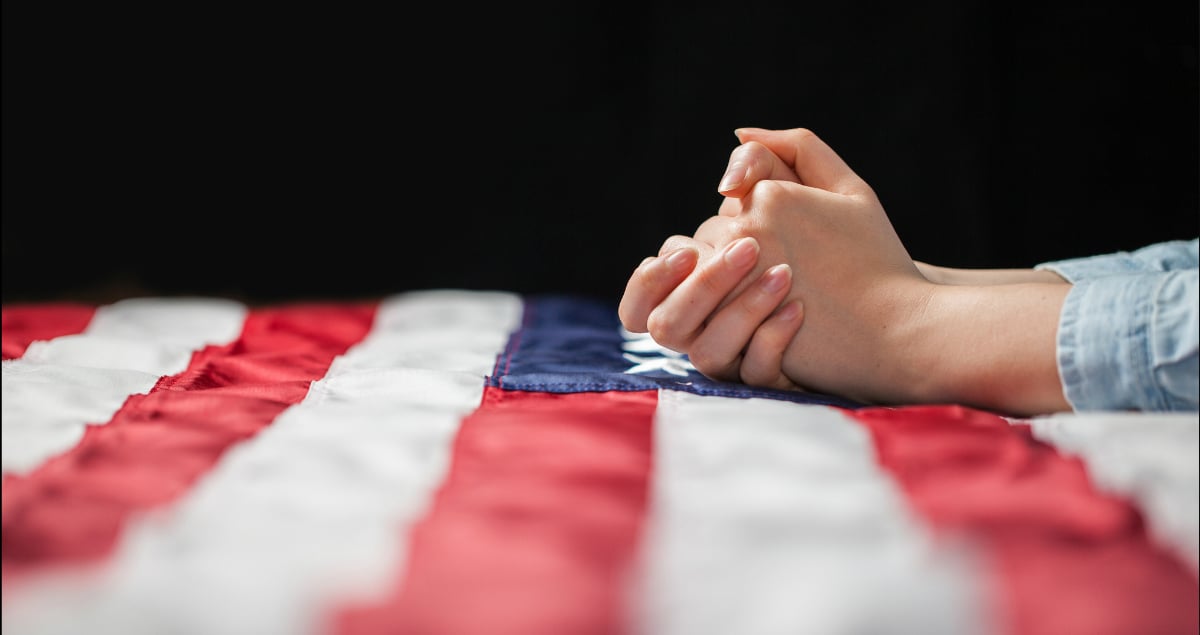 A Special Angel At The Doctors Office

You never know when God’s angels may be among us. And no one knows this better than Melissa Simms. The struggling mom of five was having one of those days where absolutely everything seemed to be going wrong. That’s when a stranger at the doctors office slipped her a $100 bill and a Bible verse. And it was just the blessing she needed at just the right time! 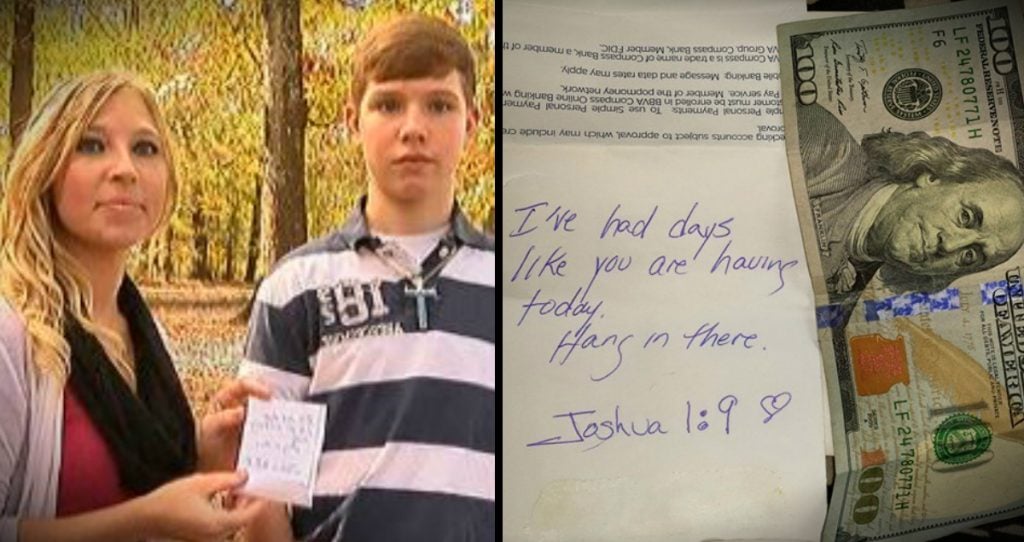 Just One Of Those Days

Melissa woke up on a Thursday to one of those crummy days filled with a string of bad luck. She’d had to have several major surgeries over the past two years, and was headed to the doctors office for a check up. The medical bills had hit the family’s finances hard, and that morning she and her husband had split their last ten dollars for gas.

“All day I was stressed about how am I going to make supper for my kids,” she recalled. 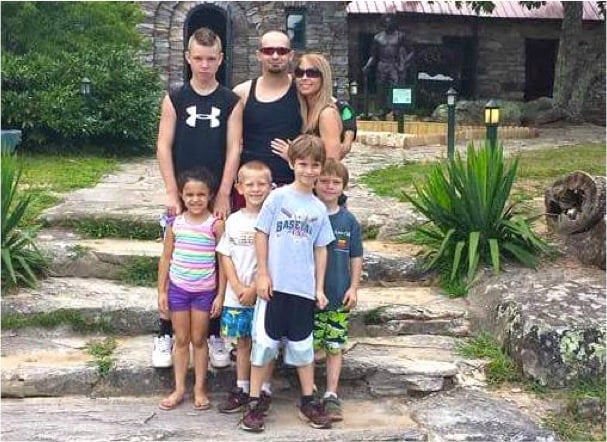 Melissa’s 7th grader, Trey, was home sick and came along to the doctors office. When they arrived, Melissa got the bad news that the copayment was higher than she was expecting, and therefore she didn’t have enough to cover it.

Trey stayed in the waiting room while the nurse took his stressed mom back to see the doctor. And that’s when a good samaritan stepped in and turned everything around with a random act of kindness!

A Stranger Steps In

A complete stranger walked up to Trey and handed him a sealed envelope. The mystery woman told him to pass the envelope along to his mom, which he did on their way to the car. 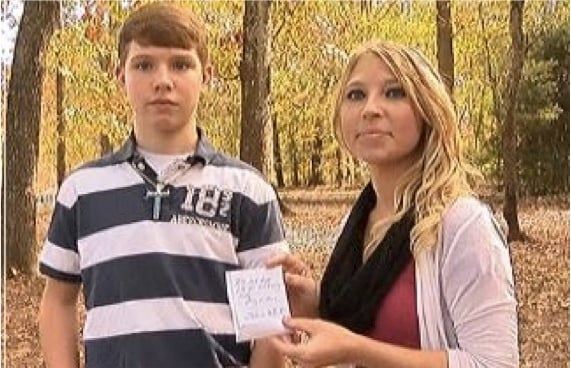 When Melissa opened the envelope, she found a $100 bill and a handwritten note inside. It read:

“I’ve had days like you’re having today. Hang in there.” 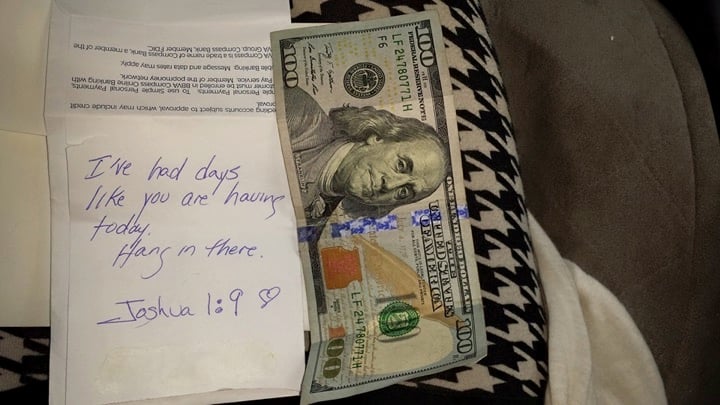 At the bottom of the note was the Bible verse, Joshua 1:9:

“Have I not commanded you? Be strong and courageous. Do not be afraid; do not be discouraged, for the Lord your God will be with you wherever you go.”

Those words of encouragement were just what Melissa needed! Tear of joy immediately filled her eyes.

“It is a complete feeling of peace, just like everything is going to be OK,” said Simms. 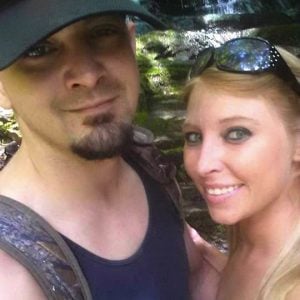 Melissa wrote about the special encounter with an “earthly angel,” and shared it on Facebook via the What’s Happening In Pell City page. There, the stranger’s kindness touched many hearts and the story quickly went viral.

It doesn’t always come in the form of $100, but God is constantly sending signs to remind us He is with us, even when times get tough. Just as the Bible verse Melissa received says, trust in Him – He’s always with you!

“We are hard pressed on every side, but not crushed; perplexed, but not in despair; persecuted, but not abandoned; struck down, but not destroyed.” 2 Corinthians 4:8-9

Wait until you see what a stranger did for this disabled veteran! 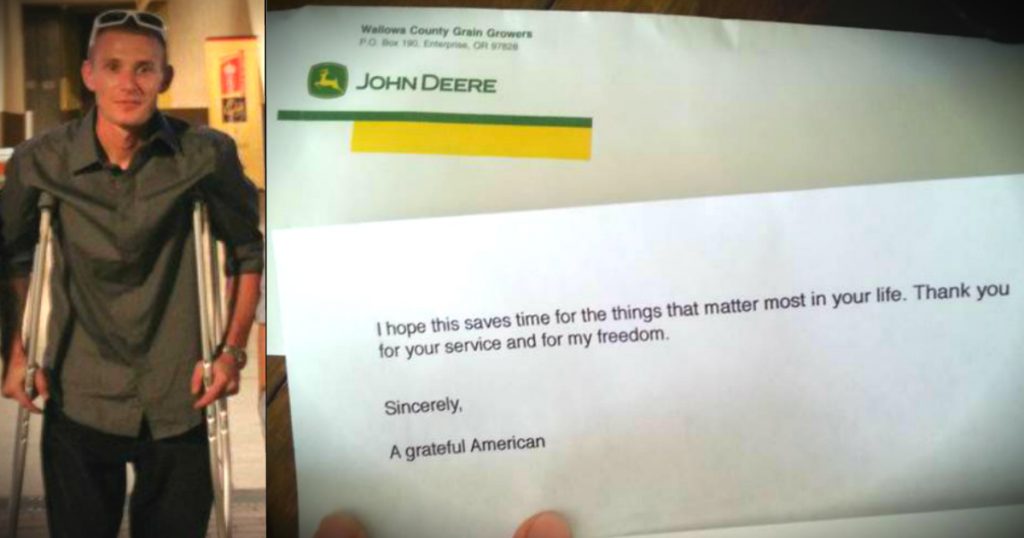