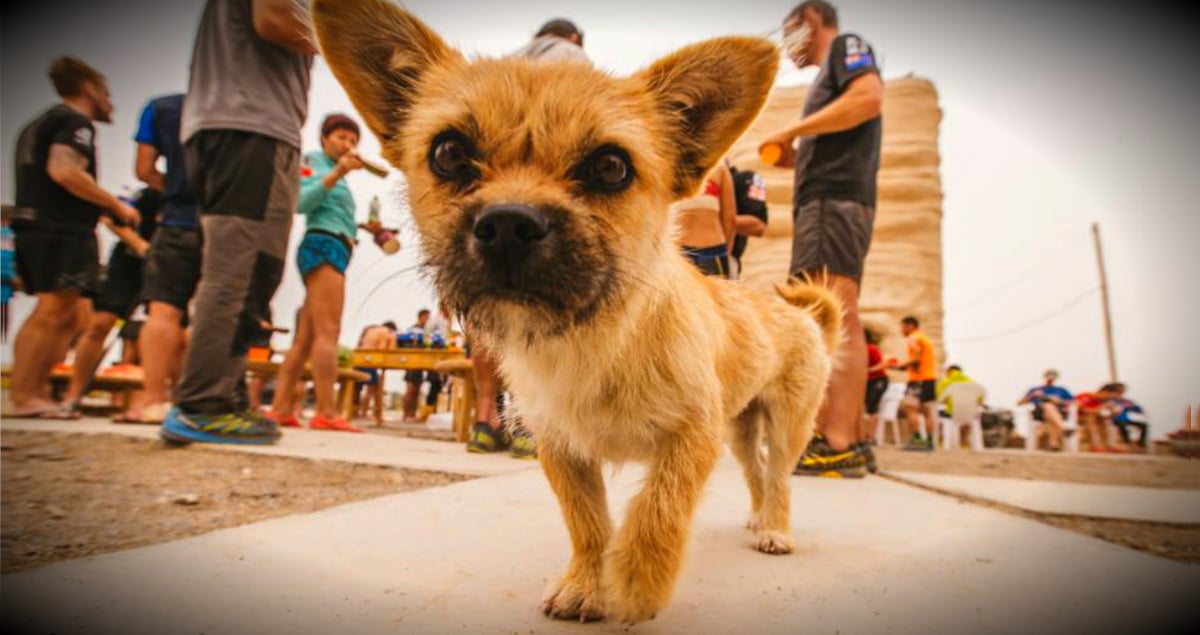 Brave Dog Gave His Life To Save Baby Girl

Polo has always loved his human, Erika. And when Erika brought home her precious baby girl, Viviana, Polo loved her too. And this furry hero proved just how much when the brave dog gave his life trying to save the little girl from a raging house fire!

Erika Poremski was at her Baltimore, Maryland home with her 8-month-old daughter, Viviana, and their dog, Polo. She’d quickly run out to her car, but when she turned around, she was met with a terrifying sight.

A fire had suddenly broken out in the home, the cause of which is still under investigation. Erika dashed back inside, trying desperately to get to her baby and dog on the second floor.

But it was too late. The flames had spread rapidly and blocked Erika from getting back upstairs.

“I just heard her crying and I couldn’t get to her,” she said. “I tried really hard, everyone in the neighborhood tried. They were kicking the doors in and kicking the windows out. I couldn’t (get her out). Nobody could.”

The blaze thwarted every attempt, and left Erika with burns on her hands and face. The heartsick mom had no choice but to wait for the firefighters to arrive. And what they found when they made it to the second floor shocked everyone.

Polo knew he had to save little Viviana. But he had no way to get out. So, the loyal dog protected her the only way he knew how. He draped his body over top of the baby girl’s. The dog gave his life trying to save hers.

“She only had burns on her side because of it,” Erika said. “He stayed with her the whole time in the bedroom and wouldn’t even come downstairs to get out the door.”

Paramedics were able to revive little Viviana, but not Polo.

“He was my first baby and now I lost him,” Poremski said. “And I’m just praying I don’t lose her. She’s all I have and it just happened so fast, I just don’t understand it. I just don’t know why this stuff happens.”

Prayers are certainly needed. Viviana remains in the hospital in critical condition, with burns to 19% of her body. The poor girl is not out of the woods yet, but she at least has a fighting chance. And all thanks to her 4-legged protector.

Friends are helping to raise money for Erika, who lost everything else in the fire. But thanks to Polo, she still has what matters most — her little girl.

“There is no greater love than to lay down one’s life for one’s friends.” John 15:13

Here’s another story about the incredible bond between a dog and his tiny human. This pup knew something was wrong with this little boy before anyone else!