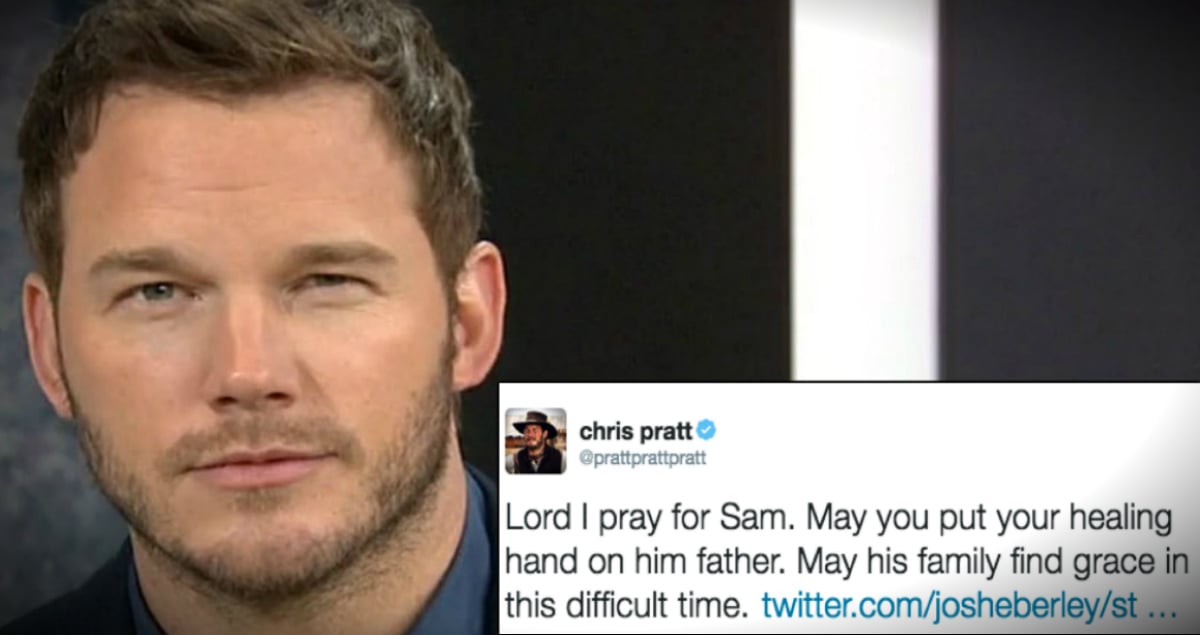 Sometimes, God sends a special friend our way. And sometimes he sends us a special 4-legged friend. That was certainly the case for Scottish man, Dion Leonard. And the story of how he and a stray dog became an unlikely pair in the middle of the hot desert is simply incredible! 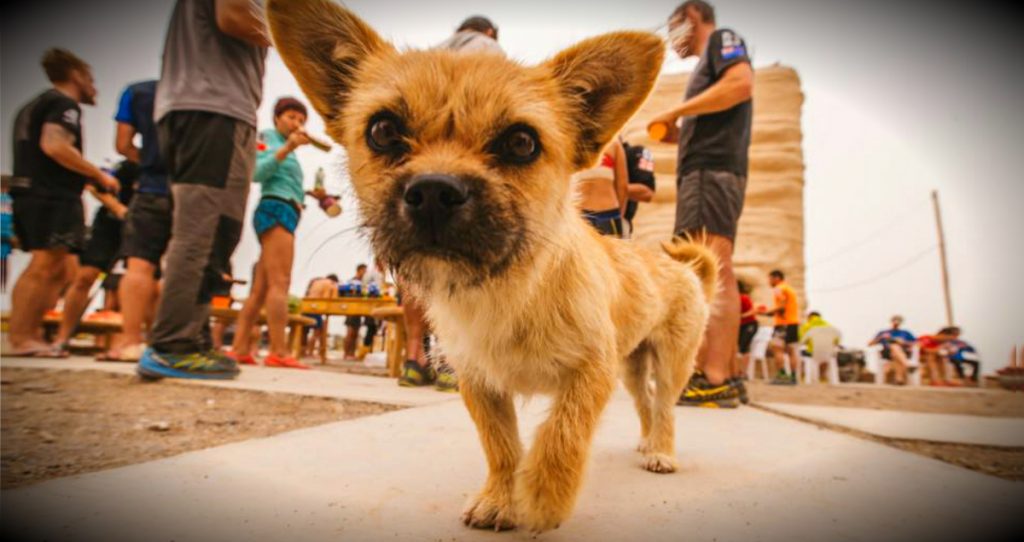 Running 155 miles in the sweltering desert sun sounds like torture to me. But for Dion Leonard, an extreme marathon runner who lives in Edinburgh, it’s a passion. It’s also what introduced him to his precious fur-baby, Gobi!

The Stray Dog In The Desert

Dion and Gobi are a match made in Heaven, for sure. The two met in the middle of the Gobi desert in China, which is what earned the female stray dog her name. 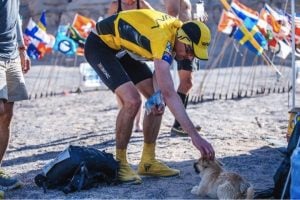 Dion came to the Gobi desert to compete in the annual 4 Deserts Race Series. On day two of the 155-mile race, Dion stepped up to the starting line. He looked down to find the adorable stray dog looking up at him.

RELATED: The heartwarming story of how a shelter cat chose a Petsmart employee as his new human

To Dion’s surprise, the pup stayed by his side as he started to run. 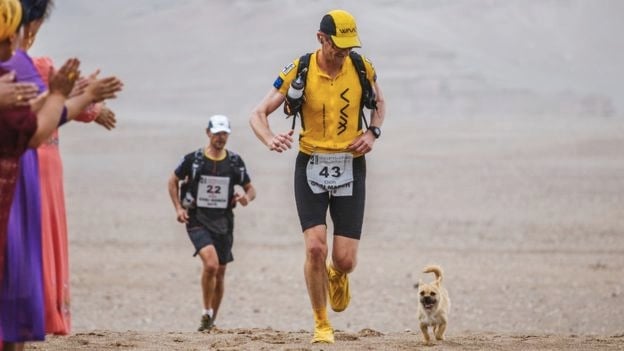 And under the blazing desert sun, an unbreakable bond was forged.

“I didn’t speak much to her that day thinking she wouldn’t stay with me,” he says. “But at the finish line she followed me into the tent and we slept next to each other. That was it then.”

Gobi had found her human! 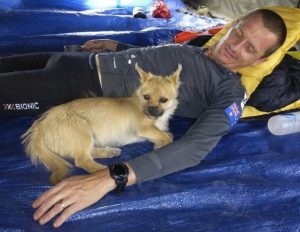 Dion was just as enamored with the precious pooch. He shared his food, water and tent with his new pal and kept her safe during the grueling race.

"I carried her across rivers and over sluice gates she could not cross on her own," he recalls.

When the race came to an end, Gobi knew she’d found her forever home. The only trouble was getting the desert dog from China to Dion’s home in Edinburg. 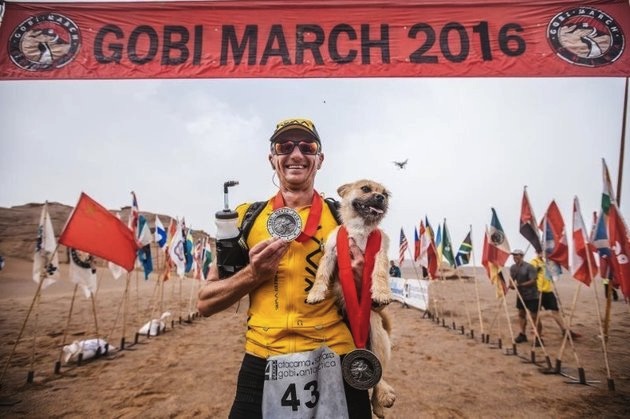 Dion learned it would take four months for his furry friend to be quarantined, medically evaluated and cleared for her new home in Scotland. It was a daunting process, but certainly not enough to deter Dion. After all, you’re talking about a man who runs 155 miles. . . in the desert. . . for fun.

Dion went to work immediately on raising the $6,560 USD needed to get his little buddy back in his arms, where she belonged. He spread their incredible story via a crowd fundraising page, and soon had over $13,330 USD in donations! 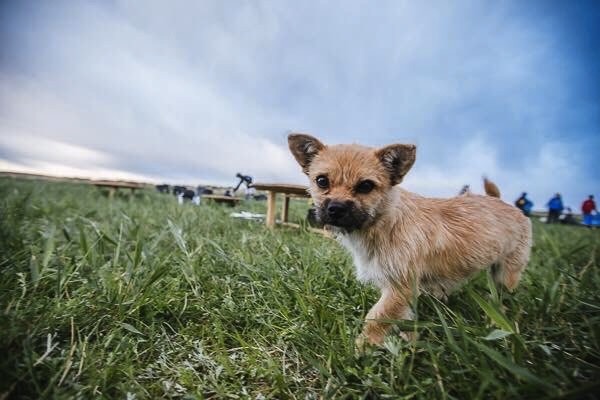 Gobi is currently being taken care of by one of Dion’s friends in China, while he takes the steps to get the stray dog to his home. He’s hoping the process will be completed in time to have Gobi home for the holidays.

Once Gobi’s adoption is complete, Dion plans to donate the leftover funds to local dog shelters. 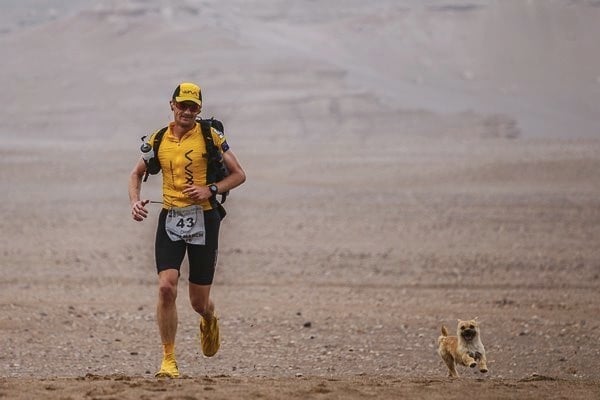 What an incredible story. Our Lord works in mysterious ways, and these two were clearly made for each other!

Here’s another unlikely pair that you just HAVE to see! 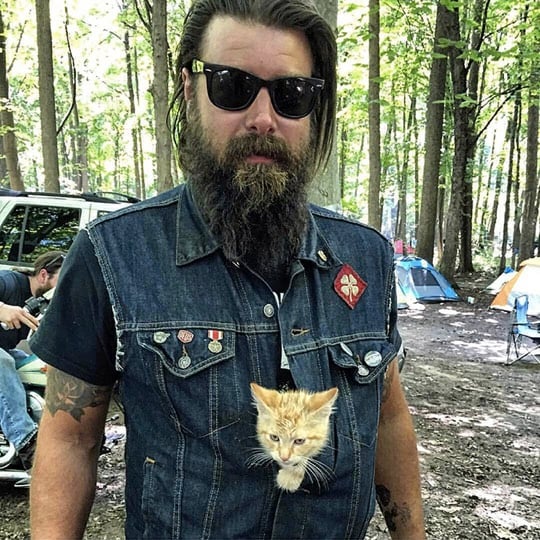