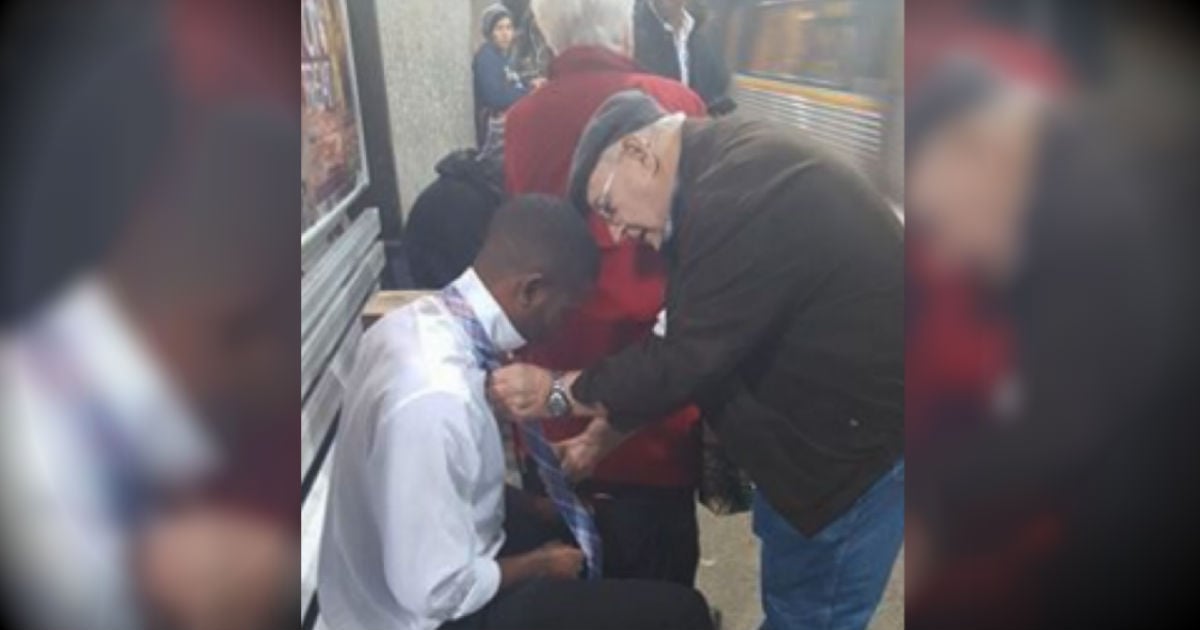 They Stopped To Help A Young Man. And It Restored My Faith In Humanity!
Read Article »

When a lonely, WWII Veteran met a terrified Chihuahua, it was love at first sight. And these two make for the cutest pair!

Some pairings are easy — like peanut butter and jelly. But others aren't as obvious — like Coco and Allen.

RELATED: This Unlikely Pair Comforts Each Other After Their Traumatic Pasts

But while the two may seem like an unlikely pairing at first, they are no less sweet!

Veteran And Chihuahua Rescue Each Other

Allen is a World War II veteran. The years he spent serving his country were lively and exciting. But as time passed, things slowed down. And when his beloved dog passed away, this 90-year-old found himself rather lonely and depressed.

That's when a Meals on Wheels volunteer brought Allen to the Dallas Animal Services Shelter, which operates inside of the local PetSmart. And there he was introduced to Coco, a 3-year-old Chihuahua.

Coco had been dropped off at the shelter by her previous owners who said they no longer had time for a dog. The Chihuahua was frightened and nervous in the shelter, constantly shaking, and desperately wanted a real home where she could be loved.

And that's exactly why God brought these two together!

The manager of the shelter says that as soon they put Coco in Allen's arms, she "looked up at him, relaxed and quit shaking." It was an instant connection, and Allen didn't want to put her down, even to do the paperwork!

Apart they were just a lonely veteran and a frightened Chihuahua. But together, they are better than peanut butter and jelly. Praise God for bringing them together!