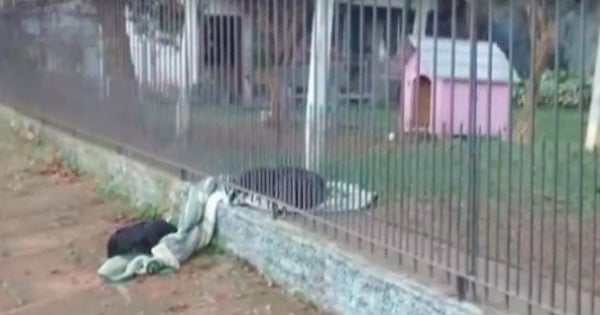 When a kind stranger spotted a dog with porcupine quills all over his head, she just knew she had to help. And God had His hand all over this animal rescue story!

After a long day of work, Bri Burnett of Sweetwater, Texas probably would have rather headed home. But a friend texted her a picture of a dog with porcupine quills all over her face. And Bri just knew she had to do something to help.

RELATED: Dog Stuck In Tar Barks And Barks Until Construction Workers Finally Save Him

“I just think it’s our responsibility just to look out for people or animals that are in misery or hurting and so it was just kind of a no-brainer for me,” Bri explained. “I just knew it was the right thing to do.”

So, instead of going home to relax, Bri headed to Lake Trammell. That was where the dog, later named JoJo, had been spotted.

Help For A Dog With Porcupine Quills All Over

Bri was able to find Jojo and what she saw broke her heart.

"Her entire mouth and head was full of quills. She couldn't swallow because of all the swelling," Bri recalled.

This dog covered with porcupine quills had other problems, too. It looked as though JoJo hadn’t eaten a proper meal for some time. Her sides were slightly caved in.

Bri gradually earned JoJo’s trust and rushed her to the vet. They gave the poor dog with porcupine quills anesthesia so they could start removing the quills as soon as possible.

"He kept her overnight and I was able to pick her up that next afternoon. It took him over 45 minutes to remove all the quills," Bri said.

While JoJo had a microchip, the phone number for the registered owner was out of service. Bri tried without success to find JoJo’s original owners. So, she paid for all of JoJo’s medical care and took to social media to try and find JoJo a new, loving home.

What Bri didn’t know at the time was that God already had plans for JoJo!

Long before JoJo’s plight, Haylee Stewart had been dreaming of finding her perfect fur-baby. Then she saw Bri’s post about the dog with porcupine quills needing a home. And Haylee knew God was calling her to be a part of his rescue.

"I prayed and prayed over making this decision," Haylee said. "I kept a close eye on her post to see if someone had claimed her. Once I saw nobody making a move and after praying about this, I knew I had to at least go meet her."

The “meeting” confirmed everything Haylee already knew in her heart. She and JoJo were meant to be together! 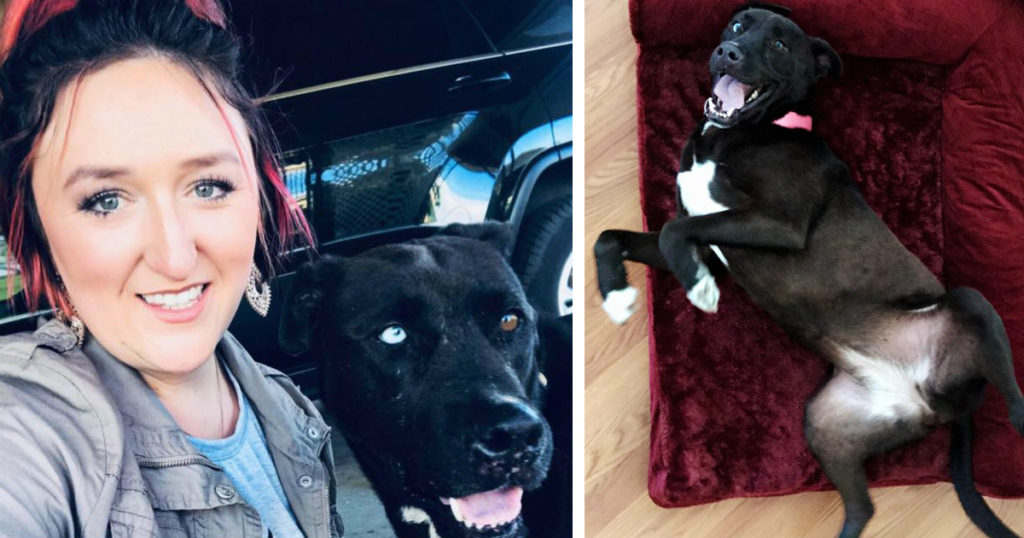 JoJo is now living the good life with his special angel, Haylee. And the two couldn’t be happier!

As for Bri Burnett, she’s happy to have been a part of God’s plan.

"I just feel like the Lord has given us this land and animals to care for, and when we do right by caring for these things, and allow Him to be present and working through us, He will bless the situation," she said.

YOU MAY ALSO LIKE: Overlooked Shelter Pup Desperately Waits 7 Years For Forever Home

God bless all of the wonderful people who helped JoJo finally get the love she deserves!