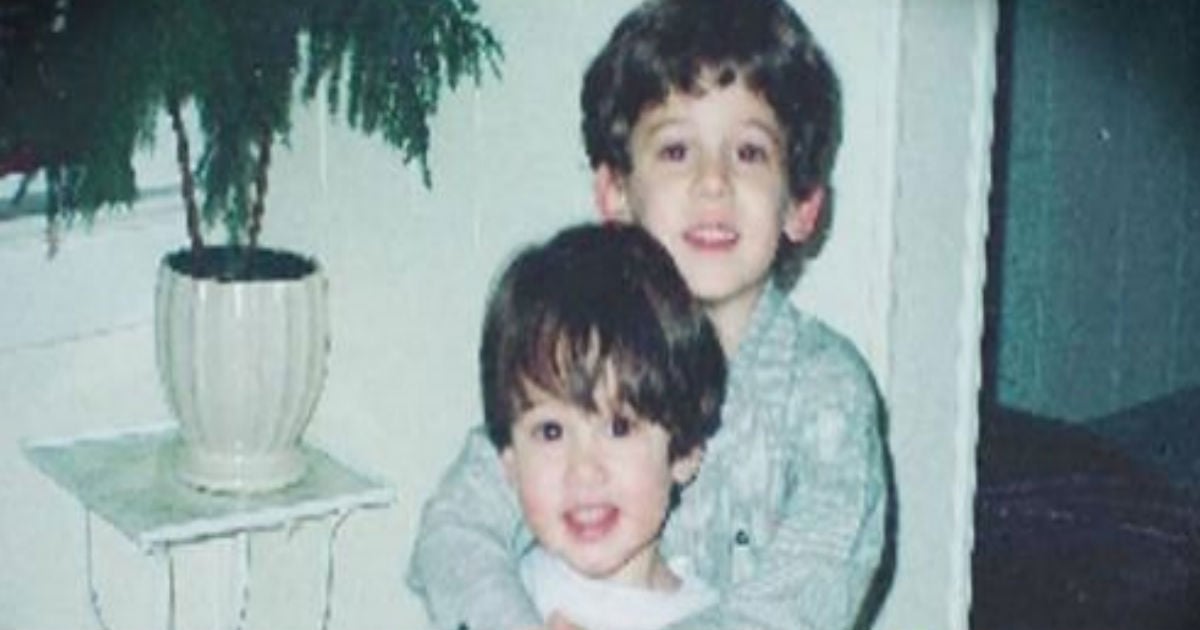 Our God is a God of second chances.

If you’ve wondered how BIG our God is, you’re gonna love this story.

He’s a God of second chances, of making amends and starting over. All because He loves us so much!

In March of 1985, Jona and Don met, married and seemed to have a fairy tale life. But, as many of you know, LIFE crept in and changed everything.

Poor financial decisions were made, children were born, new businesses were launched and ultimately communication fell through the cracks.

I’ve always found it fascinating that in the Bible, God tells men to love their wives like Christ loved the church. And God tells women to respect their husbands because once we lose ‘respect’ for our husbands, the marriage is in BIG trouble.

Here is their story. First you’ll hear Don’s side and then Jona’s. Please stay with me…it’s worth it. And stay tuned for the end of this story–we have a little gift just for you!

Don’s Side Of The Story. . .what went wrong?

"When I met Jona at the beach retreat," Don explained, "I was struck by her vivacious, fun attitude. Oh and did I mention, she looked great in her purple bathing suit? (This is 20 years later and he still remembers the color!) She stole my heart and as soon as we got home from the retreat, I called and asked her out."

“I had always been a people pleaser. At first I was always trying to please my parents, then I moved to pleasing my friends, and when I met Jona, I always tried to please her as well.

We were soon married and I couldn't have been happier. She was so encouraging, loving, and supportive.

After a few years of marriage and several poor financial decisions, I began to see her lose her respect for me. That was most evident in the words she spoke.

Jona was the one person I wanted approval from and the one person from whom I was not getting it. She grew frustrated, angry and bitter towards me. She also withdrew physically, which was the crowning blow to my manhood.”

Jona said things like, "If you cared about us, you wouldn't make all these bad decisions, you're a loser, you're worthless."

"I'm not putting all the blame of our past marriage problems on Jona. I was trying to hit a home run instead of a base hit. But honestly, once I realized Jona had lost respect for me, I felt the marriage was over. Her words cut too deep and no bandage could stop the bleeding."

She had no intention of me finding the list; That was the final nail in the coffin. Jona had nothing but disdain for me. A marriage without respect is no marriage. I saw no hope."

"I don't think any single thing takes away a man's strength of character more than the loss of respect," he said. "Don't dwell on his weakness, but dwell on the positives. Men are in a fight for our lives. We are at war mentally. We're out there trying to conquer the world. A man needs to know that home is a safe place to be instead of feeling like you're leaving one battle for another."

Are you still with me? I hope so. Let’s hear from Jona–because what happens AFTER the divorce is where this REALLY gets good!

Jona’s Side Of Their Story. . .what had to change

It was January 7, 2005 when a group of friends gathered at Don and Jona's house to watch the Dr. Phil show. Jona had written in to a contest that Good Housekeeping, in conjunction with Dr. Phil, had on "life change." Of fifteen thousand applicants, Jona was the grand prize winner! As the winner, Don and Jona were guests on the Dr. Phil Show to tell their story.

Jona recalls Don had a strong faith in God, a good job, a college degree, drive, and dreams for the future. He was physically fit, witty, adventurous, sexy, and “just plain gorgeous.”

After their initial meeting, she could hardly believe her good fortune when Don asked her to dinner. Don and Jona dated only three months before he asked her to marry him on March 30, 1985.

Their first year of marriage was blissful and full of candlelight dinners and conversation. Life was clicking along as careers were booming and a baby was born.

But by their 4th Anniversary, seeds of discontentment, disrespect, and disenchantment began to take root.

“I was so mad at Don for the mistakes I felt he had made,” Jona explained. “Deep down, I wanted him to be God and to fulfill all my needs. He made a poor God.”

Jona’s mother passed away unexpectedly and Jona sank into a clinical depression. “I spent most of my time at home in bed. And even though I had two children by this time, I withdrew from being a mom, as well as being a wife. I then began to eat...and eat. I went from 140 pounds to 240 pounds.” The words from my mouth expressed exactly how my heart felt. It wasn’t pretty.

Ephesians 4:29 teaches us, “Let no foul or polluting language, nor evil word, or unwholesome or worthless talk (ever) come out of your mouth, but only such (speech) as is good and beneficial to the spiritual progress of others, as is fitting to the need and the occasion that it may be a blessing and give grace to those who hear it.”

“A couple of months after our divorce, I woke up to God’s still small voice,” Jona explained. He seemed to say, “Is this what you wanted? Did you want a divorce? Do you want Don to marry another woman and have your children torn between spending time in two different households? Do you want to be alone? Were you the wife I called you to be?”

“God took me to a place of repentance,” Jona explained. “For the first time, through a support group, I saw clearly what I had done to destroy my marriage. I had always blamed our problems on Don but the real problem was my lack of respect for the God-appointed leader of my home. I was the real problem and Don simply couldn’t take it anymore. I had rejected Don with my words, my appearance, and my withdrawal of physical touch.”

“I began to understand what God’s Word said about the relationship between a husband and wife. I was not Don’s Holy Spirit. I was not the leader of my home. God had called me to respect Don as the leader, to honor him as a child of God, and to love him with my all. One day when Don came to pick up our two boys, I shared with him what I had been learning.”

At first he didn’t trust me and made it known he was moving forward with his life without me. But I wanted him to know I was going to give him my BEST anyway. (BEST stands for bless, edify, share, and touch)

Don was confused at times and asked me, “Why do you think I’m wonderful, all of a sudden?”

“Because now I see you through God’s eyes,” she explained. “I see that you are a wonderful man.”

Don fell in love with Jona all over again.

It was a miracle!

God has given them a second chance. They were remarried on August 24, 2003.

The author who shared this story with us, would also like to share a FREE e-book with you! You can read the book on your phone, computer or tablet and be inspired by short capsules of encouragement followed by five Romance Challenge ideas. Enjoy responses from men who share what they long for in a wife.

This book is completely FREE –our Valentine’s Day gift to you! 😉

May their story offer encouragement and strength and power to whatever situation you might be going through today. Let God take it from you and transform your life. He is the God of second chances, I promise, He won’t leave you.

Mark 10:9 “Therefore what God has joined together, let no one separate.”