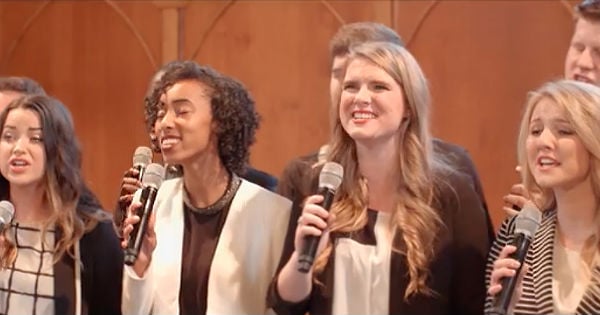 It's known by many that Elvis Presley, one of the world's most popular music icons, grew up listening to gospel music. During his career, Elvis released an EP titled Peace in the Valley. The album came out in April 1957 and contained four traditional gospel songs, one being the popular song ‘Peace in the Valley.'

But I must go alone

Till the Lord comes and calls, calls me away, oh yes

Well the morning’s so bright

And the lamp is alight

And the night, night is as black as the sea, oh yes

There will be peace in the valley for me, some day

There will be peace in the valley for me, oh Lord I pray

There’ll be no sadness, no sorrow

No trouble, trouble I see

There will be peace in the valley for me, for me"

This gospel song was originally written in 1937 by Thomas Dorsey and originally recorded by Mahalia Jackson. The song did not become popular though until Red Foley and the Sunshine Boys made it a hit in 1951, making it the first gospel recording to sell one million copies. ‘Peace in the Valley' also became enormously popular after Elvis sang it on The Ed Sullivan Show in 1957. He dedicated his performance of the song to the 250,00 refugees that were fleeing Hungary after a double-invasion of their homeland by the Soviet Union.

YOU MAY ALSO LIKE: Young Man’s Elvis Audition Wows The Judges

The lyrics of ‘Peace in the Valley' give the listener hope, even though life may be full of hard times. The narrator of the song does not let the difficulties of life bring him down, because he knows that this life is not eternal. God is our ever-present strength and firm foundation. And even in the valleys of life, we can find peace in Him.

Psalms 46:1
"God is our refuge and strength, a very present help in trouble."