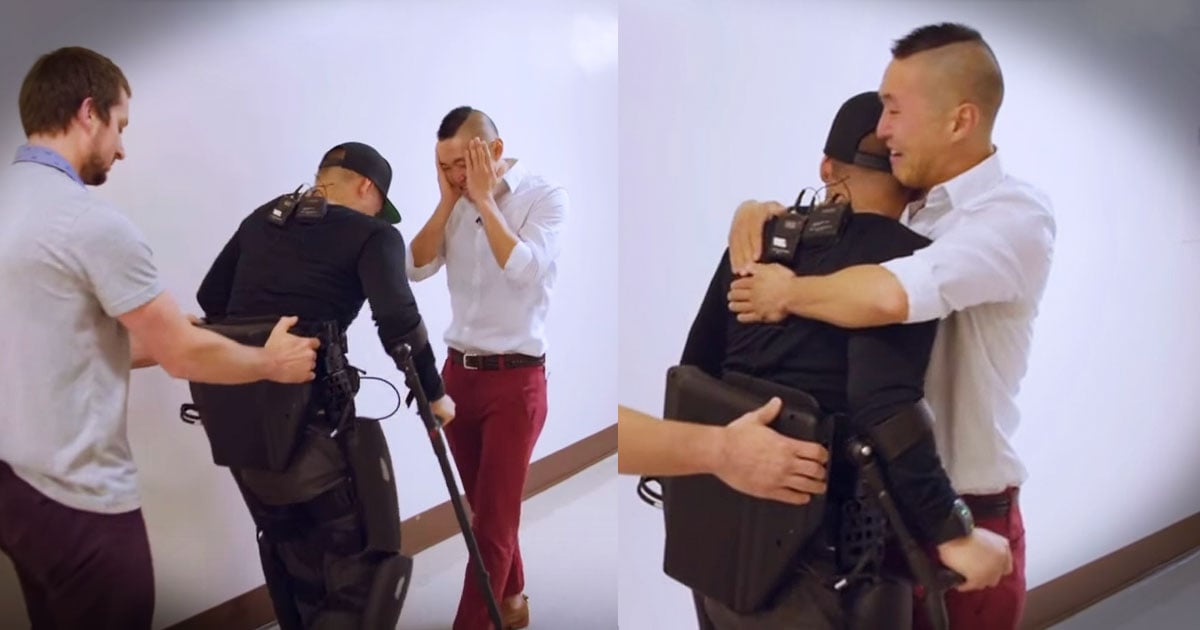 "We love our life." It's a statement you wouldn't expect any parent to have to defend. And yet, Gwen and Scott Hartley are forced to reiterate this point regularly in response to the finger pointing and stares they receive when out in public as a family. And it's all because others see their two girls with the same rare disorder as different. But to their loving parents and big brother, Cal, the girls are nothing less than an absolute blessing. 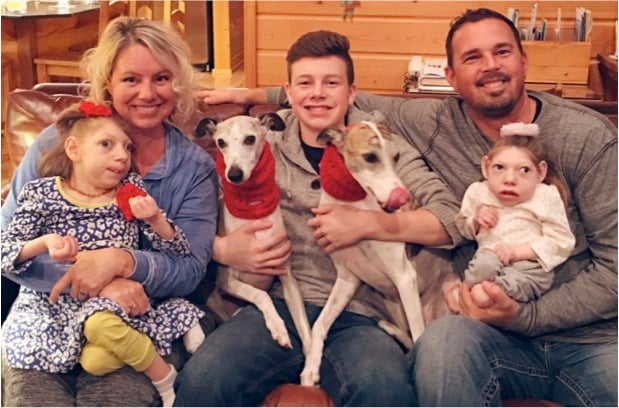 The two sisters suffer from Microcephaly, a rare disorder in which the brain doesn't grow properly leading to developmental issues. But considering doctors didn't expect them to see their first birthday, the girls are more than just a blessing. Claire (14) and Lola (9) are precious miracles! 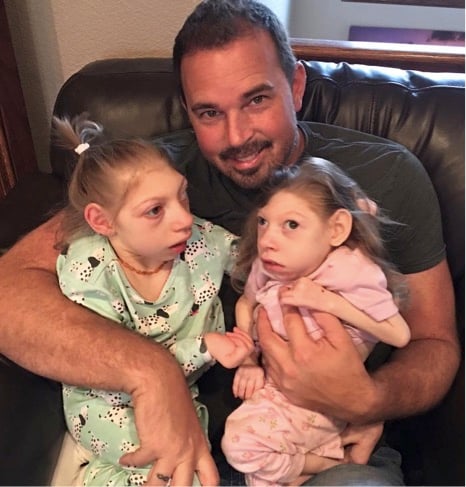 Claire was Gwen and Scott's first little girl. She was born when her brother, Cal, was two and a half years old. After her birth, doctors diagnosed Claire with Microcephaly, along with Spastic Quadriplegia Cerebral Palsy, epilepsy, dwarfism, scoliosis and Cortical Visual Impairment. 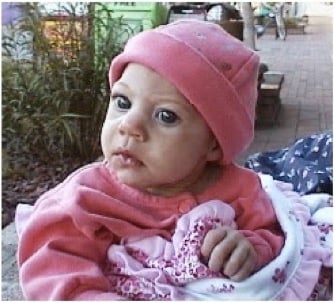 It was a lot to accept, and at first her parents were devastated. But as the years went by and Claire defied the doctor's expectations for her lifespan, it became clear she was not defined by her disabilities, but rather by the purpose her life had. Her mom wrote on the family's blog, The Hartley Hooligans,

"We have chosen not to focus so much on all that is ‘WRONG' with our child, but instead, we cherish all that our ‘Mimi' brings to our lives. Her ‘issues' are normal to us, and we choose to not view them as negatives but instead as just a tiny part of who Claire is. She is an amazing little girl - stronger than anyone we've ever known! - and SO MUCH MORE than just the sum of all her diagnoses." 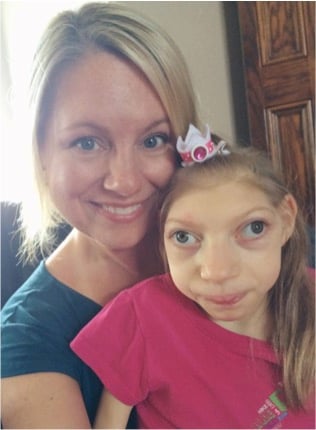 Several years later, when Gwen became pregnant again, they were shocked when 22 weeks into the pregnancy they learned that their second daughter, Lola, also had Microcephaly. It had only been a 25% chance that the disorder would occur again — the odds had been in their favor. Gwen wrote on the blog,

It was big brother, Cal — then only 7 years old — who really inspired the family to appreciate the gift they'd been given. The sweet boy told Gwen, 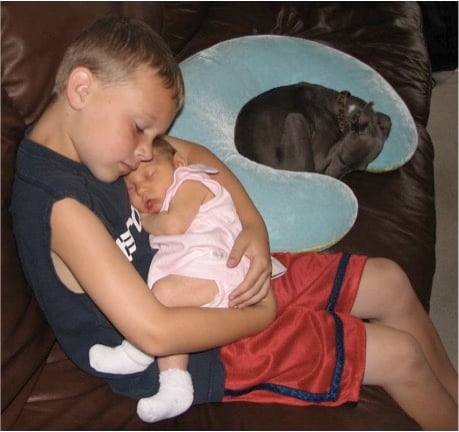 And that moment of clarity has defined how the family would operate moving forward. While the family is fully aware that there are people who will stare and judge them, the Hatley's simply shrug it off. They know they have something truly special. Gwen writes,

"We love our three children, feel blessed by each unique child, and wouldn't change one thing about our life or what we've been through. We only wish everyone could feel what WE feel on a daily basis."

And as the kids have grown, Cal's tenderness and dedication for his sisters has only deepened. He says,

"I'm so lucky that they're my sisters. I've been a different person ever since growing up with them. It's made me a better person, and I'm just lucky to have them." 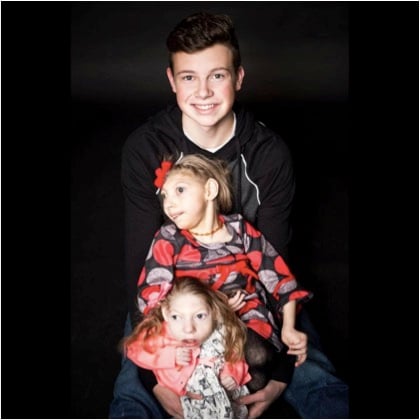 And others can't help but be touched by the love that exudes from this beautiful family! In fact, Cal's High School basketball team has thoughtfully incorporated the girls into their pregame ceremony. As the announcer calls out the names of the starting players, each one affectionately bumps fists with Claire and Lola. 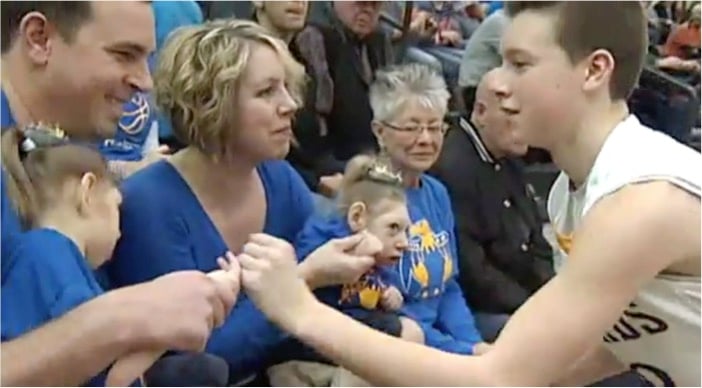 And it means the world to the family.

“They have feelings just like everybody else and they can love people too,” says Cal. “They can feel the love as well.”

These little miracles are proof that God doesn't make mistakes. Both girls have a special calling on their lives, and you can't help but be inspired hearing their story.

“They have done more for me in my life than I probably ever will for them,” says their dad, Scott. “They’ve changed me and us in such profound ways, we’ll probably never really understand all of it.”

This little miracle has the same condition, and is sure to steal your heart! 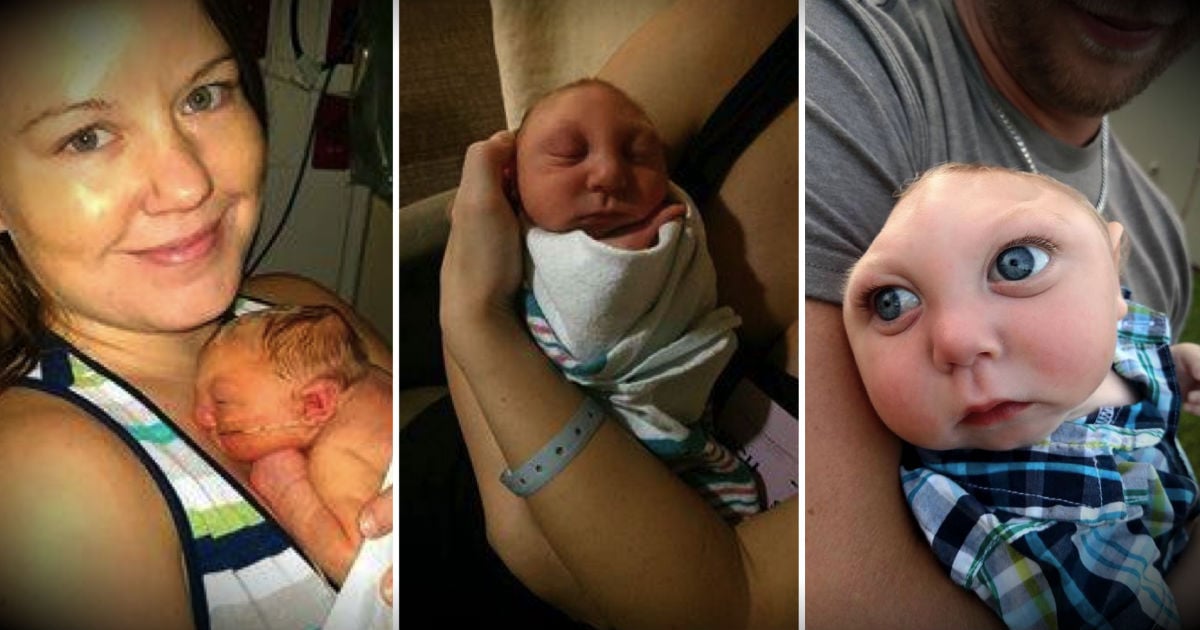 Jesus gave this little girl a special heart, and her story is incredible!