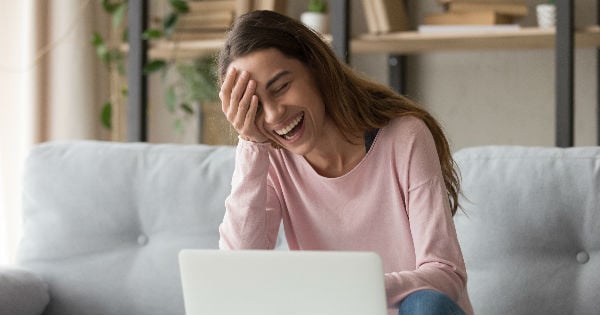 In an iconic clip from 1976, a Frank Sinatra interview gets unexpectedly interrupted by Don Rickles on Johnny Carson. And from the moment the funny man walks on stage, it’s nothing but laughs for old “Blue Eyes”!

Don Rickles was a fearless comedian. He was famous for his insults and brutal put-downs of friends and foes alike. He was even sarcastically nicknamed "Mr. Warmth."

No one was too big for the comedian to make fun of, including Frank Sinatra. But it was all in good fun and the classic crooner took Don’s jokes in stride.

Throughout the 1970s, Don Rickles and Frank Sinatra would often appear on late night television together. The pair would share hysterical stories from their friendship.

One of the best appearances happened during a Frank Sinatra interview when Don Rickles suddenly burst onto the Johnny Carson stage.

After embracing Sinatra, Don Rickles begins speaking in faux Italian and making Mafia jokes, which is something that Sinatra usually did not take lightly. But the two spent their time together on stage laughing away, and Rickles even got away with grabbing Sinatra by the face and giving him a big kiss on the lips!

Even with the joking aside, there was a true respect that existed between the two men. They had a great friendship, and Sinatra even threw wedding anniversary parties for Don and his wife.

After watching the Johnny Carson clip, many people on YouTube wrote about how special these men were and how they were great entertainers at the time.

"There will never be another Johnny Carson. Never another Sinatra. And never another Don Rickles," comments one YouTube user. "Rest in Peace to the legends."

"Folks, what you have witnessed was Hollywood Royalty in the 60’s and 70’s," writes another person. "That was our internet and everything."

YOU MAY ALSO LIKE: This Jimmy Stewart Dog Poem Gets Laughs At First But Has Johnny Carson In Tears By The End

Thank goodness for humor, laughter, and friendship! When things get hard, it always helps to find the humor in things and share a laugh with a friend. We hope that this throwback clip was able to bring a smile to your face!