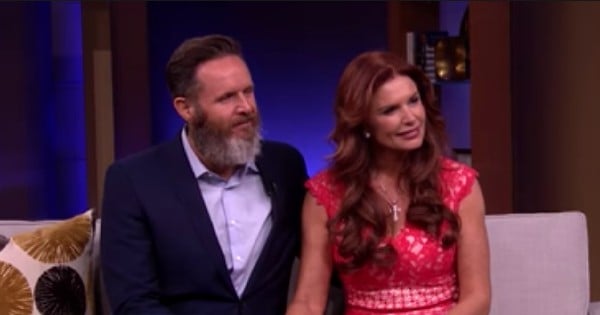 This Hollywood Actress Says THIS Is The Most Dangerous Prayer You Can Pray. Wait ‘Til You Hear Why!
Read Article »

And the Oscar goes to…

So, let’s just fantasize for a moment and say you were on stage receiving an amazing award for your work as ______ (fill in the blank). Who would you thank? Let’s face it, we wouldn’t even be here without GOD. So, where do you think he ranks at the Oscars?

A handful of stars have managed to thank God for where they are in life, for what challenges they have overcome and for what they have been blessed with. But not many. For example, here are (3) that have given God the glory:

1) Matthew McConaughey took the stage for his Best Actor acceptance speech just recently and first on his thank you list: God!

"First off, I want to thank God because that's who I look up to," he said, as the crowd quieted.

“God, I love you. Hallelujah. Thank you, Father God, for putting me through what you put me through, but I’m here and I’m happy.”

These are just a few examples of men giving God praise, and there are others, but the list isn’t long. And that’s a real shame.

So WHO are they thanking??

Well, It turns out if there's anyone most likely to be singled out in an Oscar speech, it's not God - it's Steven Spielberg. If you can believe it.

An organization studied and analyzed nearly 1,400 Oscar speeches to see who the most-often named individuals were, and found that directors dominated the top of the list.

Wouldn’t it be GREAT if every time someone in this position took the statue and the stage, would START with praising God for what He has allowed them to be part of? WOW – that would be a little piece of heaven on earth, if you ask me.

For a story on perspective & how big God is, click here!