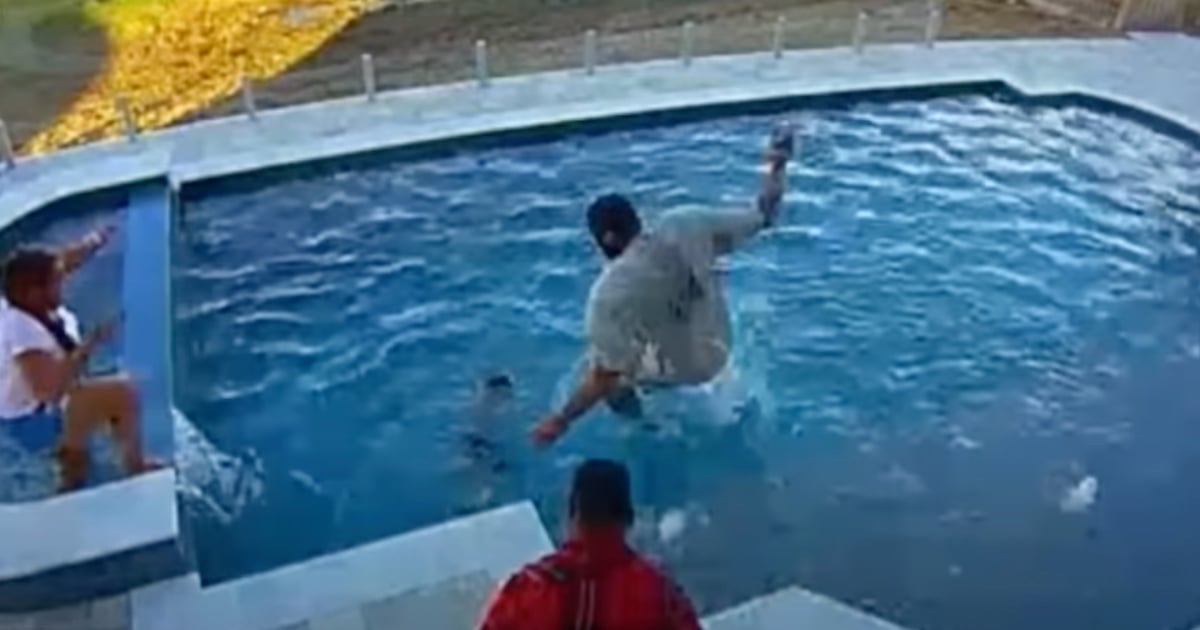 In this heroic rescue, a group of men formed a human ladder to save two little girls who were trapped inside an apartment on fire.

Recently, two young girls, ages 4 and 6, were left alone in their family's apartment in southern China. And since they had no adult supervision around, the two kids got into some trouble. Apparently, they had gotten their hands on a lighter and began playing with it, which led to a fire starting while they were in the apartment.

RELATED: Quick-Thinking 4-Year-Old Sees Air Fryer Catch On Fire And Knows Just What To Do

As the fire started to grow, other residents noticed and jumped right into action! Around six men climbed up the walls of the apartment building and formed a human ladder to get the two little girls to safety.

Thankfully, the men carefully got the girls down out of the burning apartment and neither of them was harmed in any way. And the firefighters that quickly came onto the scene put the fire out in about 15 minutes.

What an impressive rescue! And thank goodness there were Good Samaritans in the area when the fire started to save the day!

"I'm a father of 2. I can't bear watching other kids suffer, so I didn't think twice to save them," one rescuer said.

The brave act was caught on video and shared online, where many people praised the actions of the heroic residents.

“This is what real superheroes look like. No spiderweb, no rocket suit, no capes, no snarky quips. Just ordinary people in their ordinary clothes banding together to save lives on an ordinary day. Extraordinary,” one person wrote in a comment.

Another person online wrote, “Bravo. That is a great representation of the people’s good heart. Thank You for keeping faith in our humanity.”

YOU MAY ALSO LIKE: Cat Has The Best Reaction When Owner Comes Home And Security Cameras Caught It All

What a beautiful act of a community coming together to help out others when they needed it most.