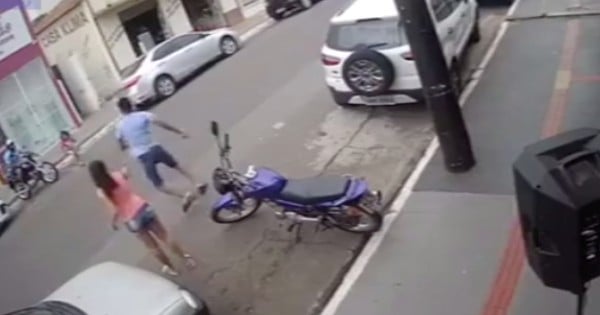 Formerly a Laker, NBA star Andre Drummond signed recently with the Philadelphia 76ers. And his athleticism is put to the test in a scary moment that’s every parent’s worst nightmare.

As the family is by the beautiful pool, the two-year-old and woman have their feet in the water. Then, the young boy accidentally falls into the pool.

The woman begins screaming. It’s every parent’s worst nightmare. But instantly Andre Drummond jumps into action and dives in after his son.

Andre runs and quickly grabs his toddler, pulling him out of the water to the rescue. He is not only a father, but he is a hero.

RELATED: Heroic Dad Succeeded In Saving His Kids From A Deadly Rip Current But It Cost Him His Life

I think about how the young boy is unaware of the potential danger and falls into the pool helplessly in this video. His dad was watching him and Andre Drummond jumps in to take care of the boy and pull him out of danger.

This is how our Heavenly Father loves us as well. We all have fallen into sin and are headed for destruction, but by His grace, through Jesus, we can be rescued from eternal death.

That is our Great God. Jesus is our Hero. He is the one who saves our souls and gives us life.

YOU MAY ALSO LIKE: Shaq Overhears Man Ask ‘How Much?' For Engagement Ring, Then Decides To Step In

"He reached down from on high and took hold of me; He drew me out of deep waters. He rescued me from my powerful enemy, from foes too mighty for me. They confronted me in my day of calamity, but the LORD was my support. He brought me out into the open; He rescued me because He delighted in me." Psalms 18:16-19