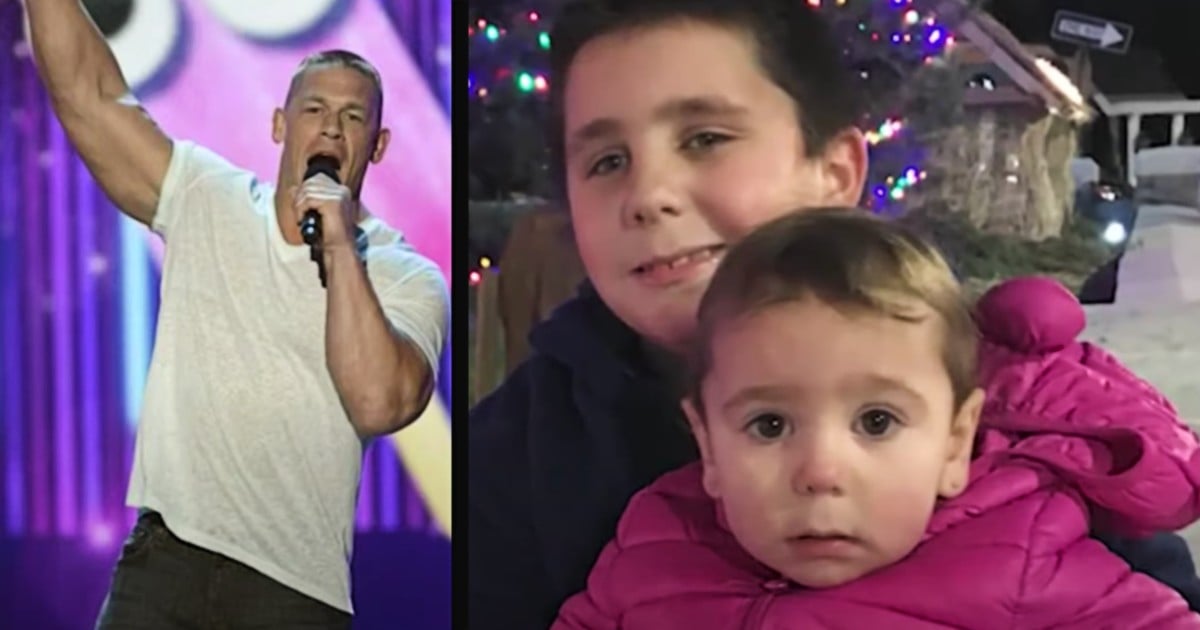 Josh Graham, a brave Texas dad saving his kids from a deadly rip current, tragically lost his life in the process.

Josh Graham, his wife Angela, and their children took a trip together to Surfside Beach in Texas.

Sadly, however, the fun ended in tragedy when two of the couple’s sons became caught in a strong rip current about 50 feet offshore.

The rip currents during the Graham family’s visit to Surfside Beach were incredibly strong.

"I've been going since I was 8, 9 years old, and that's the roughest I've seen (the water)," said Rodney Sanders, one of the strangers who tried to save Josh.

Rip currents pose a serious danger to even the strongest swimmers. And Josh used all of his strength to fight the currents and save his kids. Because of his efforts, the two boys made it to safety.

Sadly though, Josh did not.

"His kids got stuck in that rip current," Rodney said. "Josh is the hero. He went out there. He paid the ultimate sacrifice — he gave his life for his kids."

Strangers Rodney Sanders and Mike Lampson spotted the trouble from the shore. Both men had survival swimming training in the military. They both dove into the waves and fought to get to Josh in time to save him.

Even with their special training, the intense ocean conditions made it tough. It took about 15 to 20 minutes before they reached the spot where the dad was saving his kids.

By the time the Good Samaritans reached Josh Graham, he was unresponsive.

"I tried my best to start compressions right away, but the current was really strong and pretty much impossible,” Mike recalled. “So we all made the decision to … link up arms and get him into the shore."

RELATED: Heroic Dad Fights For Life After Diving Head First Off Balcony To Save His Son

Using a surfboard someone brought along, they towed Josh back to the beach shore where an ambulance was waiting. Tragically, the heroic father was already gone.

Prayers For A Heartbroken Family

The loss of "the backbone of the family" hit Angela Graham and her children hard.

“I am torn to pieces and my soul has been ripped from my body,” she said.

It’s hard to find the silver lining in such a heartbreaking tragedy like this. But the fact is, the loss would have been even greater if not for Josh’s selfless act of heroism. There’s no doubt the dad who died saving his kids would take comfort in knowing his efforts weren’t in vain. His children survived.

Support instantly began pouring in for the family Josh left behind. Friends, family, and strangers alike began donating money to help with funeral expenses, grief counseling, and caring for the children. And though moving on in the face of such heartache will be hard, God is already at work in providing comfort.

“I have experienced loss my whole life,” Angela wrote. “I have also experienced the immeasurable love and sympathy of loved ones and strangers and that has never been more evident than in the last day. Countless strangers diving in the ocean to try to save my love. Countless more praying with me and holding me up when my knees buckled as I watched so helplessly.”

The Importance Of Rip Current Safety

Rodney Sanders and Mike Lampson didn’t know Josh Graham or his family before the tragic incident. But now, the traumatic event connects them in a powerful way. And with Angela Graham’s blessing, they are sharing the story of that tragic day.

RELATED: Devoted Dad Risks His Own Life And Heads Straight Into Danger To Rescue His Sleeping Kids

"This interview's not for me, this is for Josh," Mike said when speaking about what happened. "We feel that we needed to tell his side of the story. He died protecting his kids, and he's the hero here."

Their hope is that sharing the story of the dad who died saving his kids may prevent a similar tragedy in the future. Their message is for everyone to take rip current safety seriously and to learn how to react if caught in one.

So many prayers for this family as they live through the unthinkable.

“My flesh and my heart fails, but God is the strength of my heart and my portion forever.” Psalms 73:26