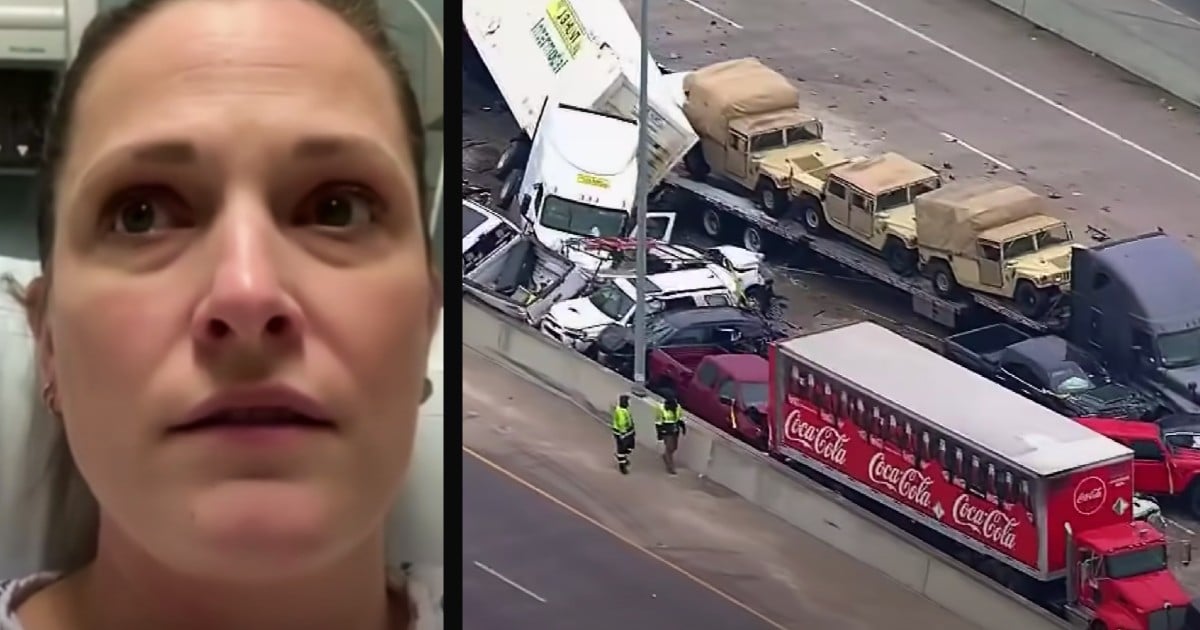 When a South Dakota house fire blazed, one devoted dad rushed back into the flames to rescue his children.

One man experienced God's protection when a fire raged in his South Dakota home with his family inside. This devoted dad risked his own life and headed straight into danger to rescue his sleeping kids!

RELATED: Miami Firefighter Lives Out His Worst Nightmare While Responding To A Fire At His Own House

Paul Wickham doesn't have much to show for his life except for the love of his family. But that's okay with him. His wife, four kids, and their dog surround him. He counts himself as blessed. Even with his family homeless and all of their things gone.

Paul is missing half of his beard along with his eyelashes. But he is thankful that's all the injuries he had after a fire broke out in his South Dakota home. He said his family members are all heavy sleepers; had the fire broken out twenty minutes later, Paul thinks he would be telling a different story.

It was a night like any other and everyone had gotten settled into bed. But then his wife realized a fire had broken out and she screamed, "There's a fire, there's a fire," he said. But the fire wasn't in the living room or kitchen. It was in the basement where all four of his kids were sleeping.

Paul grabbed the fire extinguisher to fight the flames but it was too dangerous and too hot. "The flames were jumping through the walls and through the stairs," he said. When he realized the fire was going to consume the entire house, he began yelling at his kids to wake up and get out.

The family had a fire escape plan and everyone including their dog made it out of the house. Everyone seemed accounted for but Paul couldn't find his youngest, daughter Dixie.

So, he did what any father would do. He walked through the fiery flames to rescue his little girl!

"He went back inside because he didn't think I was out," Dixie said. When Paul realized his daughter wasn't in the house, it was time to rescue himself when a big wall of flames blocked his way out. But God was him, just like in Isaiah 43:2 when God tells us He is always with us, even when we walk through fire!

Paul made it out of the house fire with his life and family! Even though they lost everything except for the clothes on their backs, he knows just how blessed he is.

Because of their loss, a friend started a GoFundMe page to help them get back on their feet. Now they're looking at a new beginning and they're dreaming of a place in the country to rebuild!

Can we all say, Praise God for watching over this family?

YOU MAY ALSO LIKE: Devoted Dad Battles To Walk Daughter Down The Aisle And Then Passes Away 34 Hours Later