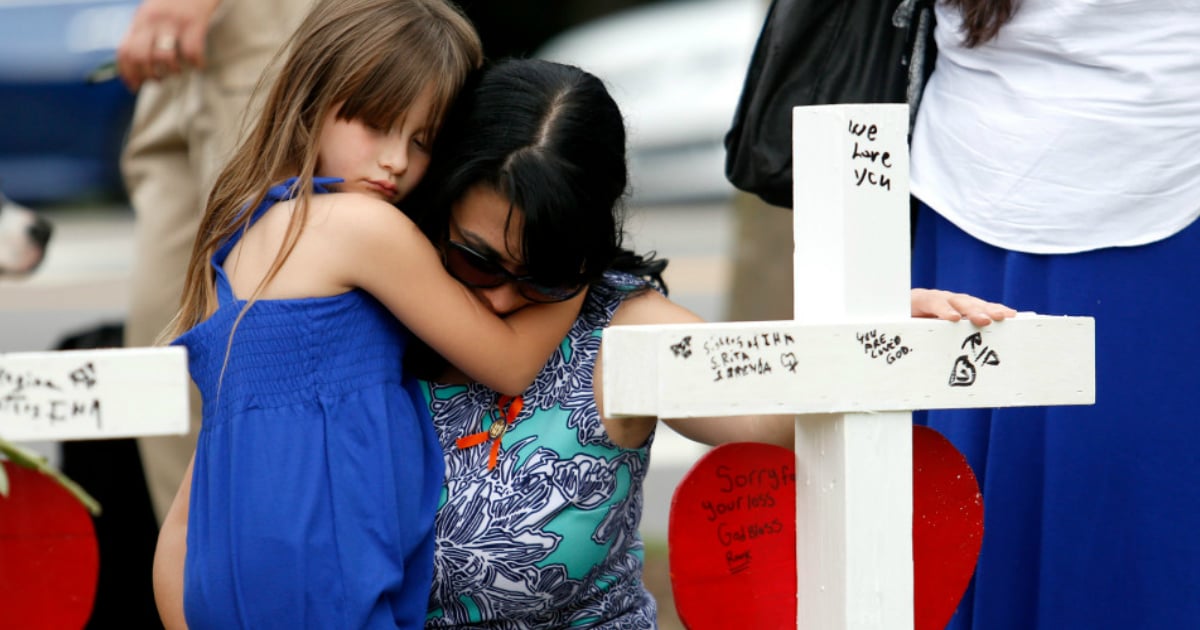 Charlie Winter is a devoted dad who punched a shark 5 times to save his teen daughter, Paige Winter. While Paige lost one leg above the knee from the attack, her family is just grateful she didn’t lose her life!

Most parents would do anything to help their kids. Charlie Winter is no different. But God used Charlie’s background as a firefighter and paramedic to equip him for what must have been one of the scariest moments of his life.

The nightmarish incident happened in Atlantic Beach, North Carolina. The family was talking in waist-deep water when suddenly, screams broke out and something pulled 17-year-old Paige under.

That “something” was a shark.

“All of a sudden, everyone started screaming, and I looked to my left and they were rushing towards this little girl. She looked little but she’s actually 17,” eyewitness Lacy Whorton recalled. “And it looked like she was belly crawling on the beach and officials were running towards her and whistles were blowing and everyone was screaming and they quickly got everybody out of the water.”

And as soon as Charlie realized what was going on, the dad punched the shark to get it to release his daughter.

"Charlie wouldn't stop until it released his little girl," family friend Brandon Bersch said. "He lives for his children.”

It took five blows, but the shark finally let go. Most parents would lose it after seeing their child hurt so badly. But Charlie’s training kicked in and he instantly applied pressure to Paige’s leg.

"He remained calm the entire time," Brandon said. "Paige is alive today because of her father."

First responders airlifted Paige Winter to the hospital, where doctors treated the severe injuries to her legs and hands.

“She is in good condition and receiving excellent care,” the hospital reported. “Her family expresses their appreciation for the first responders, the individuals on the beach who helped and her heroic father who saved her life.”

Paige’s grandmother, Janet Winter, wrote on Facebook that Paige would lose one leg above the knee and some fingers. But the 17-year-old is alive and will recover.

“Thank God our son was with her, he said he punched the shark in the face five times before it let go,” the Grandma said.

Janet also asked everyone to pray for Paige’s recovery. And God has been blessing the family through random acts of kindness from strangers!

Despite the horrific attack, Paige is in good spirits.

"I know I have a long road to recovery, which includes additional surgeries. I will continue to stay positive and be thankful that it was not worse," she said.

And Paige still has incredible respect for all God’s creatures. The sweet teen doesn’t want her accident to turn people against sharks.

“She wishes for people to continue to respect sharks in their environment and their safety,” the hospital reported.

And even the program manager at the Florida Program for Shark Research, Tyler Bowling, is applauding the dad who punched the shark 5 times.

"Hitting a shark in the snout or the gills is the best defense if you are being attacked," he said. "He absolutely did the right thing."

Apparently, bravery in the face of danger is nothing new for Charlie Winter. In 2013, he rescued a 2-year-old boy from a home covered in flames.

YOU MAY ALSO LIKE: Heroic Dad Fights For Life After Diving Head First Off Balcony To Save His Son

“Charlie is the bravest man I know,” Brandon said.

Our prayers certainly go out to the Winter family as Paige heals from the shark attack. What an incredible display of love her heroic dad showed!