Keane Webre-Hayes was just a typical teenager wading in the ocean with his friend before the unthinkable happened. He was diving for lobsters just off the California shore when something suddenly slammed into him. "I feel something tackle me and it took my mask off," he explained. "At first I thought it was [my friend] Noah trying to mess with me, trying to scare me. Then I come up, my mask is off, I'm all confused, and then I look over." That's when he realized it was a shark. What the 13-year-old shark attack victim did next saved his life!

"My wetsuit is all ripped up, and blood is starting to go into the water. I look up, and I see Noah's snorkel still in the water, so I know it wasn't Noah, and then just by instinct I start swimming to that kayak as fast as I can and I'm screaming for help, help, help ... Shark! ... I swim to the kayak, I pull myself on, and I tell the guy we have to get to shore."

Even injured, Keane kept his wits about him, and so he had made his way quickly to a nearby kayak. Getting himself out of the water so quickly is what saved his life. "It's lucky we got him out of the water because once we threw him up on the kayak and started heading in, that's when I looked back and a shark was behind the kayak," shared kayaker Chad Hammel. Fortunately, the kayakers were nearby when the attack happened. 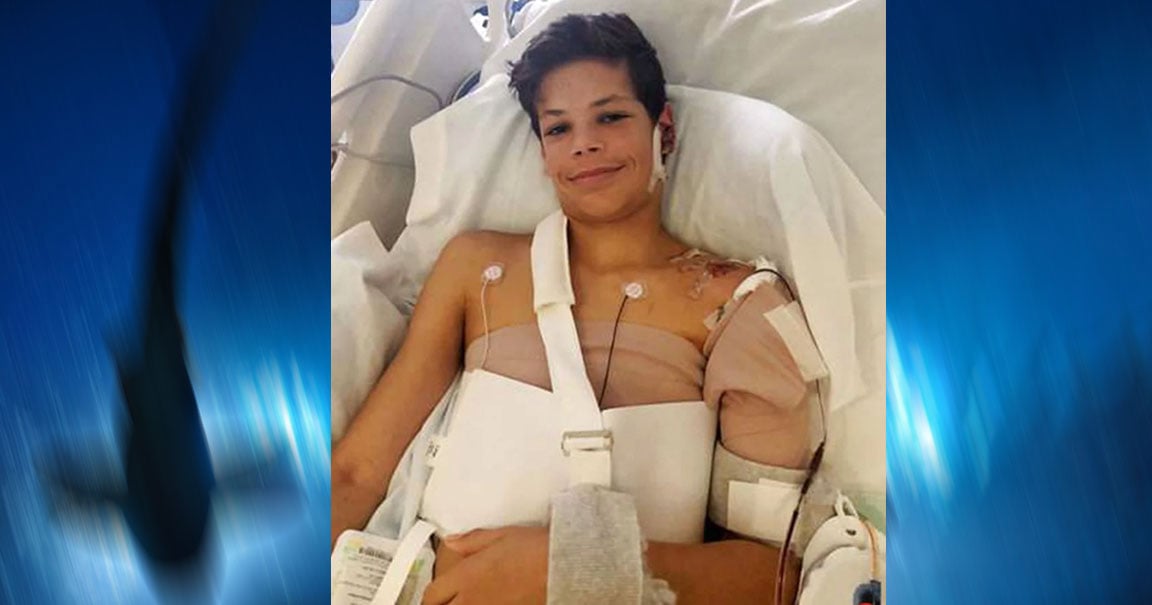 Keane's mom was nearby on the phone with his dad when she had an ominous feeling wash over her. "I was on a cliff above the beach, I was on the phone with my husband, the sun was coming up and it was kind of an eery feeling out there ... In the background I started hearing probably just the worst screams I've ever heard in my life," she told People. Little did she know, these sounds were her own son calling out in pain.

Once the kayak made it to shore, everyone started yelling to get others out of the water. "Shark! Get out of the water!" they yelled, sending Keane's mother running down the beach to make sure her son was ok.

The kayakers and lifeguards rushed to get Keane medical treatment. Keane was in critical condition when he arrived at the hospital. More than 1,000 stitches later, doctors were proud of the work they had done but said the boy had a long road to recovery ahead of him.

While he was in the hospital, his spirits were lifted by visits from professional surfer and fellow shark attack survivor Bethany Hamilton, and by star skateboarder Tony Hawk.

The smiling teen shared that he's eager to get back in the ocean, and returned to school just two and a half weeks after his traumatic accident to share his inspiring survival story with his classmates.

YOU MAY ALSO LIKE: Hero Swims Straight Towards Shark Attacking A 13-Year-Old Girl