Shark attack survivor Will Krause went head to head with a shark and miraculously lived to tell the tale. But Will knows the only reason he’s alive today is because God is in control. And he’s using his harrowing encounter to point others to God!

RELATED: Shark Attack Winds Up Being A Life-Saving Blessing For Man With Tumor

Will Krause took a trip with some friends over the summer to the Bahamas. While there, he and his crew decided to go on a spearfishing excursion.

As Will was marveling at God’s incredible creations underwater, an intense force suddenly collided with him. What Will didn’t know at the time was that what he was feeling was a shark attack! 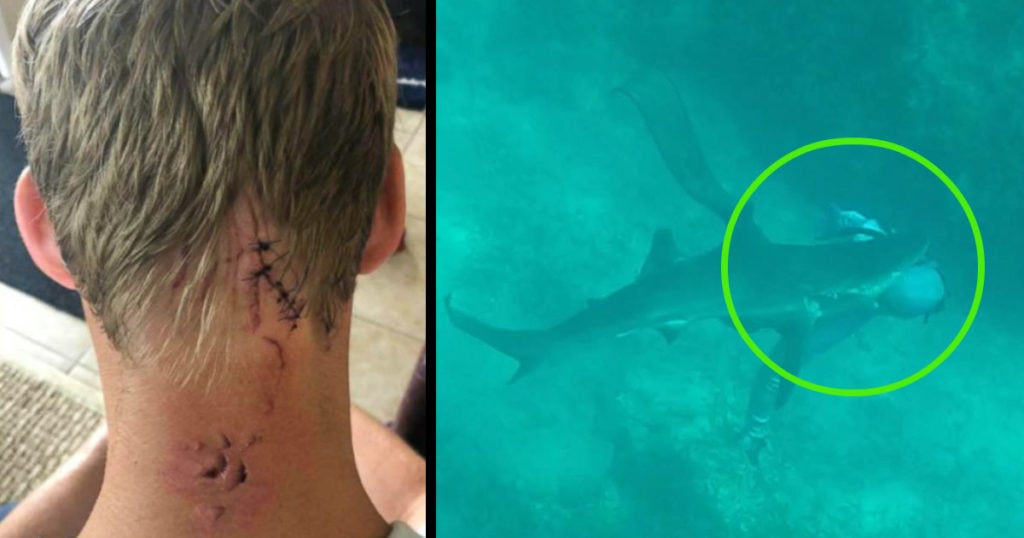 "I felt this huge impact on my head and my neck,” Will explained. “I didn't process that it was a shark bite until I got to the surface.”

One of Will’s fellow divers helplessly watched as a 6-7 foot Reef Shark charged at his friend and even managed to catch the attack on camera.

He swam to the surface and yelled out “shark.” then returned underwater to help. Will’s friends helped pull him back to the boat. He sat bleeding and in shock as they raced to get him back to shore for medical attention.

“I remember for the first 15 minutes of the boat ride, thinking if we don’t get him to stop bleeding, it could be all over,” one of Will’s friends said.

As the reality of what happened sunk in, Will was amazed and grateful to be alive.

“I miraculously escaped with several stitches, some gnarly scars, & a viral GoPro video,” he wrote on social media.

Shark Attack Survivor Will Krause Inspires With His Story

Will’s survival is certainly incredible. But what he took away from this traumatic experience is even more amazing.

“It reminds me that God is in control… that you can’t plan for something like this,” Will said. “I think it’s given me a new perspective on how I want to live the rest of my life.”

With a new lease on life, Will wanted to share his story and proclaim how God used it to open his eyes. And when Thanksgiving rolled around, it seemed like the perfect time to go public with his testimony.

“This Thanksgiving, I’m thankful (more than ever) for God’s kindness & protection over our family,” Will wrote on Facebook.

The real-life survivor went on, encouraging others to take the time to recognize God’s gifts in their lives without waiting for a traumatic event like his.

“It doesn’t take a shark attack to recognize God’s generosity and intentionality in our lives,” Will Krause wrote. “May this Thanksgiving point you NOT just to the reality that you are blessed, but to the One who is giving the blessing.”

And that’s good advice for each and every day!

YOU MAY ALSO LIKE: Man Paralyzed On Vacation Defies Doctors Expectations In His Fight To Stand Again