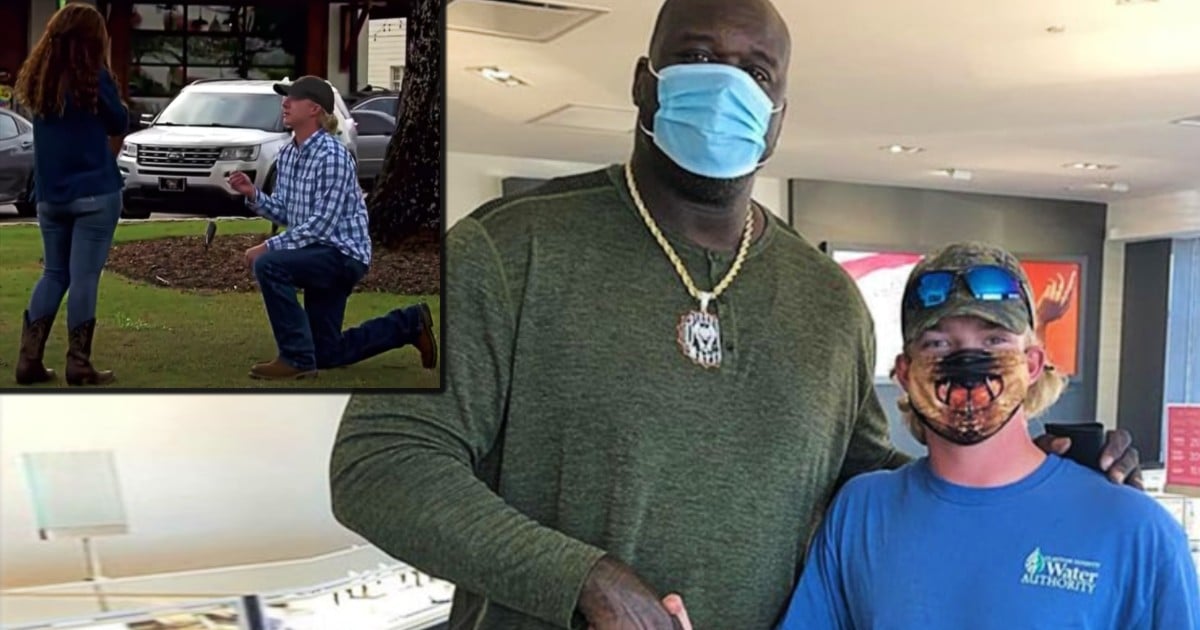 Shaq Overhears Man Ask ‘How Much?’ For Engagement Ring, Then Decides To Step In
Read Article »

Have you done anything that deserves getting a phone call from John Cena? No? Well, a brave brother steps in and saves his baby sister from choking and gets a call from the 16-time world-winning wrestler and actor, John Cena himself.

"I feel like a hero so much in my heart," 8-year-old Jaxson Dempsey said when he was asked about how he felt after saving Leila, his 20-month-old sister.

Even though Jaxson has never taken a first aid class or had a lesson in CPR, he knew just what to do one day when the family was headed somewhere in the car.

While his dad, Matt was driving, Jaxson realized his little sister was choking.

Jaxson said, “We were driving to my haircut, and I noticed she was starting to choke from a chicken nugget from McDonald’s. I told my dad to pull over. Then I was starting to pat on her back, and it got out." He knew what to do thanks to a CPR scene in the movie ‘The Substitute,' starring John!

His father praises our mighty God for putting Jaxson in the right place at the right time.

"If I was by myself and Jaxson wasn't with me, and I stopped and gave her a chicken nugget, I couldn't hear her because she was choking. She wasn't coughing, she wasn't panicking. She just had no air going through — she wasn't breathing,” he said. "Thank God Jaxson was there because, without him, I don't know if Lelia would be here," he praised. Eventually, Jaxson's story made the news and reached the big man himself, John. He reached out to the young hero and had some incredibly special words.

"I heard a story about you, and it really touched my heart," John said, "A story that in a time of crisis, you were brave enough to take action... Usually, when bad things happen, one of the toughest things for all of us to do is to take action. You jumped right in, helped out the best you could. [By] doing so, you saved your sister's life. I really want to say thank you for being you, Jaxson. Thank you for being an inspiration; thank you from all of us."

What an incredible story of kindness with life-saving heroic efforts. What an awesome way to encourage Jaxson to continue to be brave in all he does.

YOU MAY ALSO LIKE: Family Is Calling John Cena The ‘Kindest Man' After He Buys Groceries For A Widowed Veteran

"For the Spirit God gave us does not make us timid, but gives us power, love and self-discipline." 2 Timothy 1:7