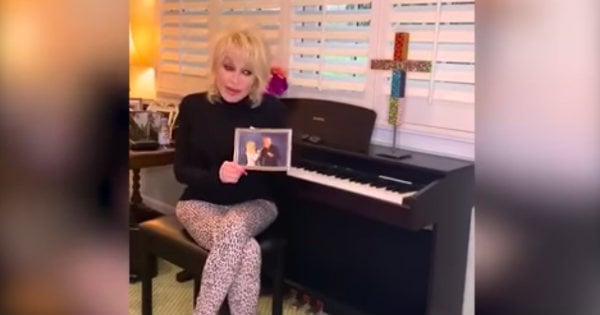 One family is calling John Cena the "kindest man" around after he paid for their father's grocery bill. They two even got a great selfie together, which was shared online after their encounter.

Charles "Bud" Phillips, a retired Vietnam veteran, was shopping at his grocery store in Florida when he was surprised by John Cena in the checkout line.

"My dad was behind him in the checkout line," says Stefanie Phillips, Charles's daughter. "They were chatting, and John thanked my dad for his service [after] seeing his SeaBees hat. John secretly paid for all of his groceries," she shares. "My dad didn't even know until he was being checked out and the cashier said, ‘John paid for your groceries.' The bill was around $100."

What a sweet gesture and Stefanie went on to explain just how much it meant to her father.

Daughter of Veteran Is Calling John Cena The ‘Kindest Man’

"My dad is a retired Vietnam veteran [and] a widow. We lost my mom five years ago unexpectedly [after] they were married almost 50 years. So, as you can imagine, not too much these days make him smile as big as he did in that picture," she shares. "That's what so special about this moment. A simple act of kindness brightened his day. Along with his family seeing that smile on his face!"

Stefanie continued by saying that John Cena happens to be a regular at that grocery store and is always the "kindest man to everyone."

After the selfie of Charles and John was shared online and posted on the site Reddit, users started to reach out to the family saying that they had fathers or grandfathers who had served in the same unit as Charles! Because of this, many of the former comrades have now reconnected and exchanged photos.

YOU MAY ALSO LIKE: Stranger Spots Walmart Truck Driver And Asks If He Can Pray For Him

What an incredible story! And how wonderful it is to see people trying to bring joy and encouragement to those around them.