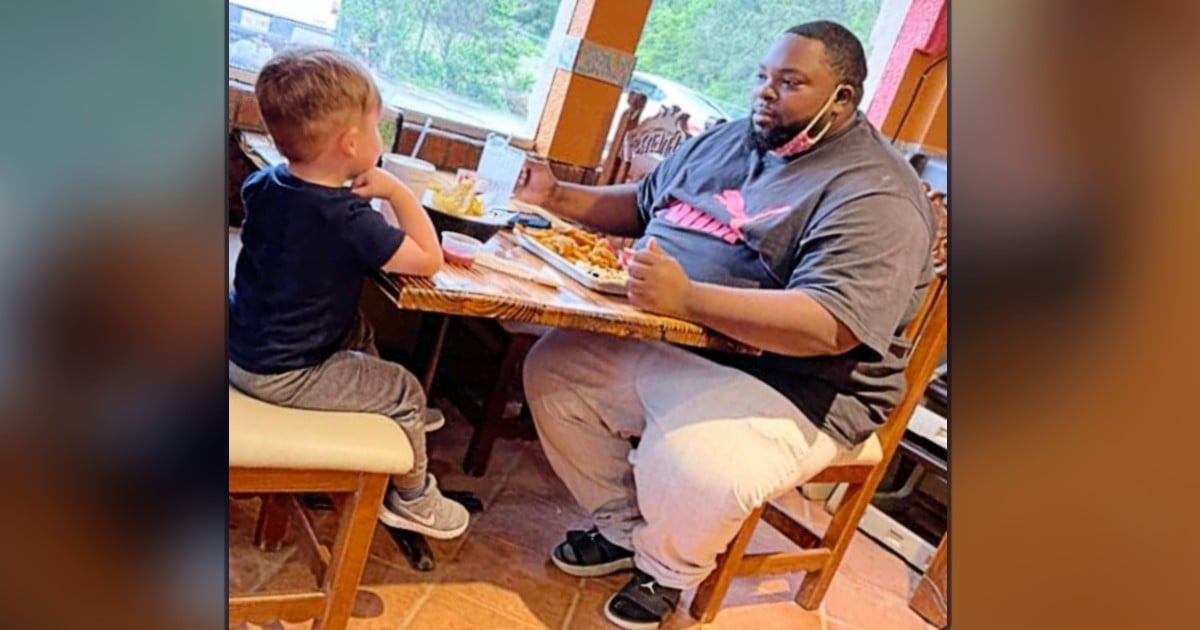 While shopping at Walmart with his four kids, a man couldn’t get his credit card to work. There was no need for security to get involved. But Mike Kelly felt God calling him to do something. So, the kind police officer bought groceries for the man and his family!

Mike Kelly is a police officer in Cleveland, Tennessee. He usually works as a school resource officer but he also started picking up some extra hours working security at the local Walmart.

While on-duty at Walmart one evening, he noticed a man at the checkout with his four kids. His cart contained eighty dollars worth of groceries, but for whatever reason, the man’s credit card just wasn’t working.

"I’m looking down at the little girl,” Mike recalls, “And the little girl’s looking up to her dad. And I look in the thing and it’s just Ramen noodles. And I don’t know if it’s a financial thing or if it’s just the card just didn’t work.”

Working in schools, Mike has a special spot for kids. And he knows all too well just how many families are struggling to put food on the table.

"We see stuff that we like to forget when some kids are really hungry some kids live in bad situations and it’s hard to leave at work sometimes," he says.

Mike didn’t have to get involved. But as he stood watching the man’s card be denied, he felt a stirring in his heart.

Mike recognized the extra money he was making by working security was a blessing. And he could use it to bless someone else. So, he walked over to the counter and the kind-hearted police officer bought groceries for the man and his family.

RELATED: ‘Tough Guy' Steps Up To Help A Struggling Mom At Walmart

The real-life act of kindness inspired the other shoppers who witnessed his generosity. And Mike most likely would have remained an anonymous angel had Jermaine Bowe not shared the good deed on social media.

Jermaine’s post got picked up by the Cleveland Police Department. They were able to narrow down their pool of officers until they figured out Mike was Good Samaritan in blue. And they outed him on social media so that he could receive all the well-deserved praise!

Of course, the faithful officer used the attention to try and encourage others to perform their own acts of kindness.

"Look for somebody to help there’s someone around all the time to help maybe just food but maybe something else maybe just go up and talk to them," he said.

And he then humbly turned the attention back to God where it belongs!

“Hold on,” Mike said to those facing hard times. “God’s never let anybody down that I know of and he won’t let you down.”

Mike recognizes that God blesses us so that we can bless others. And he hopes his real-life story of compassion will inspire others to do the same!

“The one who blesses others is abundantly blessed; those who help others are helped.” Proverbs 11:25