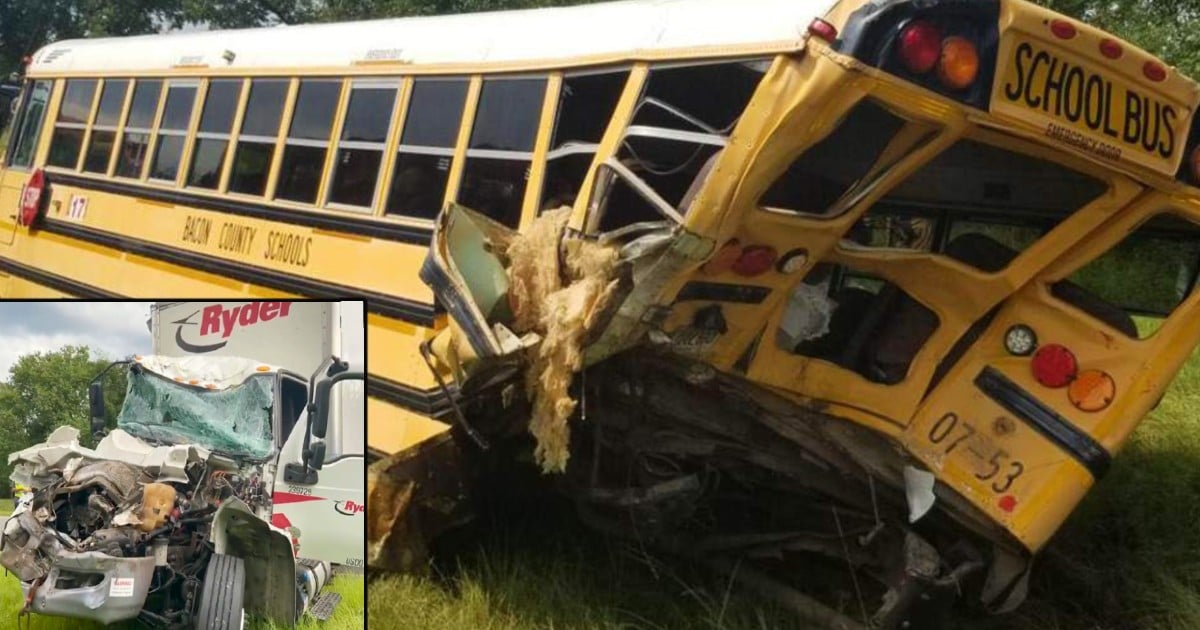 With no regard for his own safety, a heroic teen brother saves his sister after the little girl runs into a busy street without looking.

The teen in the video is a 15-year-old from Brazil, and he risked his life when he sprinted into the road to save his little 3-year-old sister.

The teen's little sister had run across the street in front of him and then tried to run back across the street. But she did not look to see if there was any traffic coming. It could have easily spelled disaster except her brave big brother jumped into action, saving the day!

Amazing Save By Teen Brother

As the 3-year-old girl ran into the street, a large truck barreled down the road right in her direction. The vehicle nearly hit her, but her teen brother saves his sister. He sprinted into traffic and picked the little girl up out of the road. His quick-thinking actions saved her very life!

And a shop’s security camera recorded the whole rescue!

“At the time, we didn’t grasp the scale of what had happened, but when I took the cameras out, my legs went weak and my eyes filled with water because he’d saved the girl’s life,” said the shop owner named Alex da Silva Marques. "It was cinematic, a heroic act."

That brother's heart must have dropped when he saw his little sister running back to him across the road and into oncoming traffic. But what an incredible big brother he was to swoop in and save her life in the way that he did!

Whether we are bonded through family, or even if we are just strangers on the street, we must always look out for each other. Especially the little children out there who can tend to get into trouble and have accidents when adults are not watching them. God bless this brother and sister and the bond that they share!

YOU MAY ALSO LIKE: His Dad and Sister Were in Danger So This 7-Year-Old Hero Swam Over a Mile to Save Them

WATCH: Teen Brother Saves His Sister From Getting Hit By Traffic