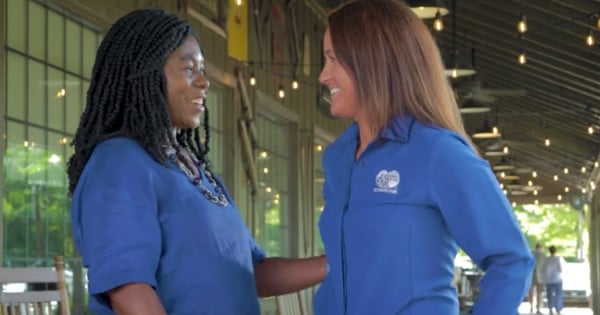 Following a school bus crash, a heroic truck driver named Johnathon Grayer used the last moments of his life to save as many kids as he could.

When a school bus stopped to unload students in rural southeast Georgia, a box truck rear-ended the bus.

At least ten students and the bus driver were on the school bus during the crash. And the collision seriously injured the 25-year-old truck driver, Johnathon Grayer.

“The impact sent the back of the box truck into the air, leaving metal scattered across the highway,” Cpl. Shane Copeland recalled.

However, that didn’t stop Johnathon from doing all he could to help the others.

Johnathon immediately jumped out of his box truck and raced onto the mangled bus. Though gravely hurt himself, the heroic truck driver performed some incredible feats before succumbing to his injuries.

For example, Johnathon freed children who were pinned under some of the seats by using all of his might to lift the bus seats off of the kids. He calmed one frightened child by assuring him everything would be ok and promising to take him out for ice cream later.

RELATED: Baby Flew Out of The Back of A Speeding Car & A Truck Driver Came to Her Rescue

Eventually, injuries from the school bus crash got the best of Johnathon. The same bus surveillance camera that captured the truck driver’s heroic feats also showed him collapse.

“He must’ve been running on adrenaline, and his body gave out,” Cpl. Shane Copeland said. “He was pretty much done by that point.”

But by then, his mission was complete. He’d succeeded in getting the kids off the bus and to safety.

“After it happened, he collapsed and he was just done,” Johnathon’s father, Isaiah Grayer, said, “like God saying, ‘You did what I wanted you to do.'”

We have no doubt the brave truck driver was given divine strength from above. And his parents say their son’s kind heart and desire to help the kids is what spurred him on after the school bus crash.

Tragically, Johnathon Grayer died later at the hospital. But there’s comfort in knowing his final act was to help others.

Six other children and the bus driver were injured, but thankfully the damage was non-life-threatening.

YOU MAY ALSO LIKE: School Bus Driver Saves The Day When Students Are Threatened

Prayers for all of those recovering from the school bus crash and for the grieving family of Johnathon Grayer.

WATCH: Truck Driver Rushes To Save Kids Before Dying