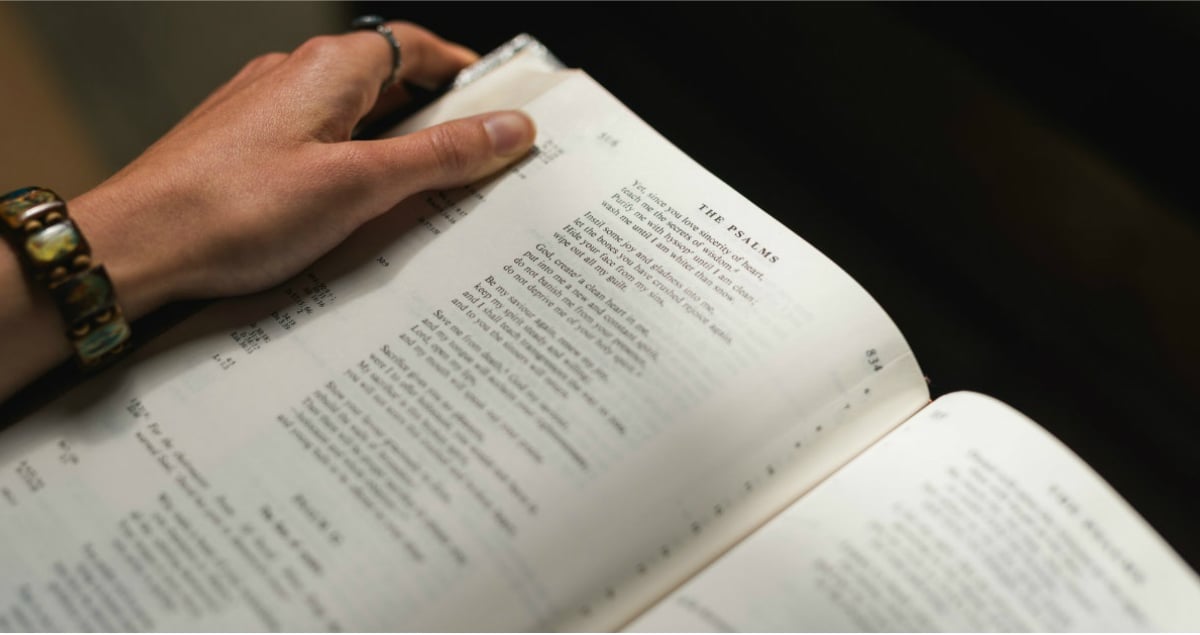 Find Hope In The Life Of John The Baptist

One of the most influential men in all of history is this man who lived in the desert. Who ate locusts and wild honey, wore clothes from camel's hair with a leather belt, and lived for one purpose alone – to point others to Jesus Christ. John the Baptist. 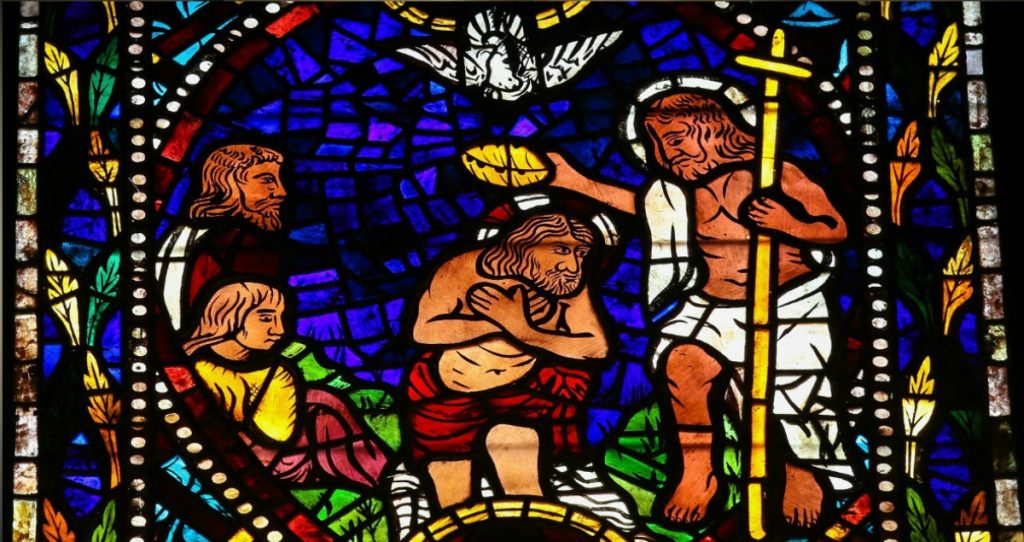 You've probably heard stories of him, or know some interesting facts about his life and ministry. But in this age where so many are driven to seek hard after success, recognition and fame, his life seems to be in direct contrast to how the world calls us to live out today. The passion that fueled his life compels us to look more closely and to learn from the heart of this wise, powerful soul.

Prophets of old, Isaiah and Malachi both spoke of his coming. For 400 years there had been silence, between the Old and New Testaments, and then John came to prepare the way of the Lord.

Malachi ends with these powerful words closing both the book and Old Testament with the hope of what was still to come, "See I will send you the prophet Elijah before that great and dreadful day of the Lord comes. He will turn the hearts of the fathers to their children, and the hearts of the children to their fathers..." (Malachi 4:5-6).

Many years before then, Isaiah had spoken these words about John, who, like himself, would also be a prophet preaching repentance, encouraging people to live for God alone. "A voice of one calling: In the desert prepare the way for the Lord, make straight in the wilderness a highway for our God" (Isaiah 40:3).

Jesus Himself said these words of John, "Truly I tell you, among those born of women there has not risen anyone greater than John the Baptist; yet whoever is least in the kingdom of heaven is greater than he" (Matthew 11:11).

That verse itself should draw us in, to take a deeper look at how John lived, and also to how he died.

6 Powerful Truths from the Life of John the Baptist that Can Help Us to Live with Purpose Today:

His days were destined by the Lord. John was born with a specific purpose and timing in history.

God knew exactly when John needed to be born, though it didn't make sense to his parents at the time, Elizabeth and Zechariah. Elizabeth had been barren for many years; she was old when she became pregnant with John. Yet God's timing was not late or early; it was right on time.

He knew that John needed to be the forerunner of Christ at this specific time in history. He knew and numbered all of his days when there was not one of them. He had design and purpose in the timing of his birth and in the family that John was born to. He was a relative to Jesus Himself. And in that very significant visit of Mary to Elizabeth's home to announce her own miraculous pregnancy, the Bible says that "...the baby leaped in her womb and Elizabeth was filled with the Holy Spirit" (Luke 1:41). Even before his birth, John's purpose was being aligned. God was calling.

Truth – God's timing in our lives is perfect.

John grew up strong in spirit. He answered God's call and lived with clear direction.

Zechariah and Elizabeth recognized the clear calling of the Lord on their son. They embraced it and encouraged God's purposes be fulfilled through their child.

Normally in that day, the firstborn son was named after the father or would receive at least a family name. But both parents honored the words given to them by the angel Gabriel who had announced John's birth and purpose before he was even conceived.

Because Zechariah had doubted this word at the angel's visit, he had been silenced, unable to talk, until he wrote these powerful words on a tablet. "His name is John" (Luke 1:63). The Bible says that immediately his mouth was opened and he began praising God then prophesied these words over his precious child, "And you my child, will be called a prophet of the Most High, for you will go on before the Lord to prepare the way for him, to give his people the knowledge of salvation through the forgiveness of their sins..." (Luke 1:76-77)

The passage goes on to say that John "...grew and became strong in spirit and he lived in the desert until he appeared publicly to Israel" (v. 80). Prophets were known to use the isolation of the desert places to grow spiritually over time and to focus their message on God. By living apart from the culture in preparing for ministry, John was able to speak with great passion and clarity for the people of that day.

Truth – God has a specific calling and purpose for our lives today.

He didn't let anything get in his way, but kept his heart set on Christ.

John continued on in his mission. He lived in the desert, took the Nazarite vows and lived his days with specific purpose. His clothing and diet were simple; he wasn't loaded down with the cares and desires of this world. Though his life may seem extreme and most of us may not easily relate to a diet of locusts and honey, the heart of it is this: He chose obedience to God's call. He said "yes" to God's mission. Even when it probably was not easy. Even when he could have chosen his own way. He didn't allow his own desires, or "stuff," or even other people interfere with what he knew he was there to do, in that exact time in history. He lived with focused determination and purpose. He knew and understood God's call, and he pursued it with his whole heart and life.

Truth – God gives us the power to keep our heart and minds set on Christ, even in desert days.

He was a strong and humble leader.

He didn't live for the opinions of others, but lived with compassion to see others brought to repentance towards Christ. Many people followed John, came to hear him preach, but he didn't let that make him become proud and self-focused. He preached repentance of sins, pointing others to the Savior that he knew he needed too. Deep humility and obedience characterized his life and ministry. "I baptize you with water for repentance. But after me will come one who is more powerful than I, whose sandals I am not fit to carry. He will baptize you with the Holy Spirit and with fire"(Matthew 3:11).

Truth – Humility and obedience to God matters more than what others think of us.

He lived solely to point others to Christ, and he was obedient to God's purposes.

Many people asked John who he really was. Was he the promised Messiah, or Elijah, or even a false prophet? Yet John clearly and firmly answered "No" to all of these, and repeatedly pointed others to Christ. His mission was only to give direction towards our Savior. This is never clearer than when he baptized Jesus Himself, at His request, in the Jordan River. Days later an argument had developed between some of John's disciples as they saw many people begin to follow Jesus. Jealousy had set in and they were disturbed at the turn of events. Yet John did not give in to that need for "success" in the world's eyes. He knew this was no popularity contest. His purpose remained strong, "He must become greater, I must become less"(John 3:30).

Truth – Our mission in this life is to point others to Christ.

He was brave, and was willing to speak truth, even if it meant his own death.

John was not afraid of the religious or political leaders of his day. He saw beyond their exterior into the deeper heart. He spoke the truth with clarity and passion, he didn't live to people-please, simply to preach the need for forgiveness of sin. He called out the Pharisees and Sadducees, for what they truly were. He knew their hearts and lives were far away from God. He spoke the hard truth to Herod, one of the four rulers over Palestine.

When Herod had taken Herodias, his brother Philip's wife, to become his own, John had said to him, "It is not lawful for you to have her."(Matthew 14:4). It had bothered Herod so much that he had John imprisoned, he wanted to kill him but was afraid of the people because so many considered him to be a great prophet. But John’s life tragically ended on his birthday celebration, in response to a promise he had given to the daughter of Herodias.

"Prompted by her mother, she said, ‘Give me here on a platter the head of John the Baptist'" (Matthew 14:8)

Yet even in this heartless, cruel plot, John's death was not in vain. For to live for Christ, to speak truth, to point others to Him, is never in vain. He completed his mission, God's call was with him even until death. He had lived to point others to our Savior, Jesus Christ, who we need beyond anything else in this life. There were times in his imprisonment that even John, this great man of God, had doubted if God was there. He wondered if Jesus was really the Messiah, the One who had come to set us free. If so, why was he left there in prison, why didn’t Jesus set him free?

That life event was perhaps the greatest of what John had lived for. He paved the way for the One who truly sets free. Even when things don't make sense, even in the midst of suffering, tragedy, great loss, and even in death, Christ indeed is our Lord and King.

For He came to set the captives free.

Days later, Jesus too would suffer at the hands of men, and conquer death once and for all.

Truth – No matter what battles we face in this world, there is always true and unending freedom through Christ. He alone is our Hope and Deliverer.

Debbie McDaniel is a writer, pastor’s wife, mom to three amazing kids (and a lot of pets). Join her each morning on Fresh Day Ahead’s facebook page, https://www.facebook.com/DebbieWebbMcDaniel, for daily encouragement in living strong, free, hope-filled lives. Find her also at http://twitter.com/debbmcdaniel and http://www.debbiemcdaniel.com.

5 Lessons From The Book Of Ruth! 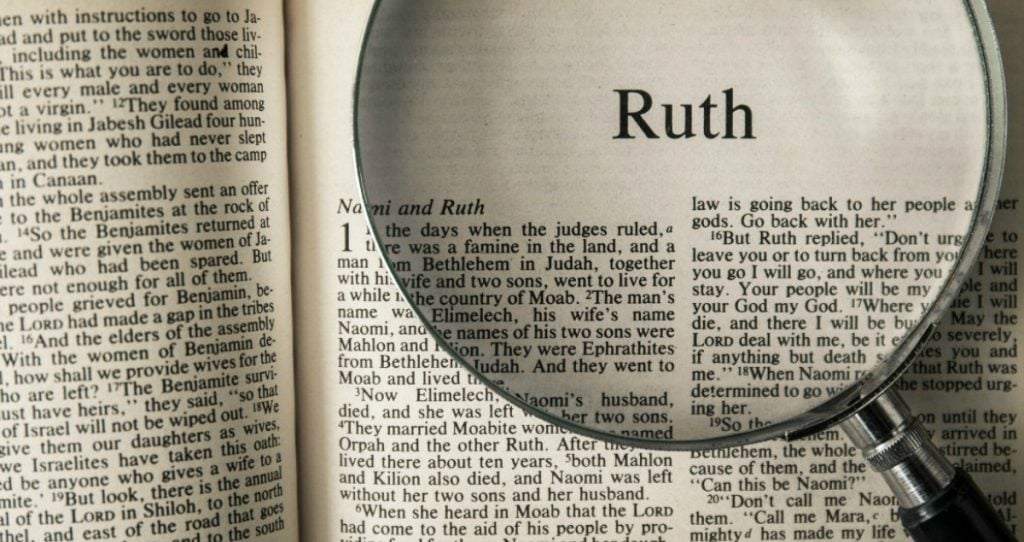