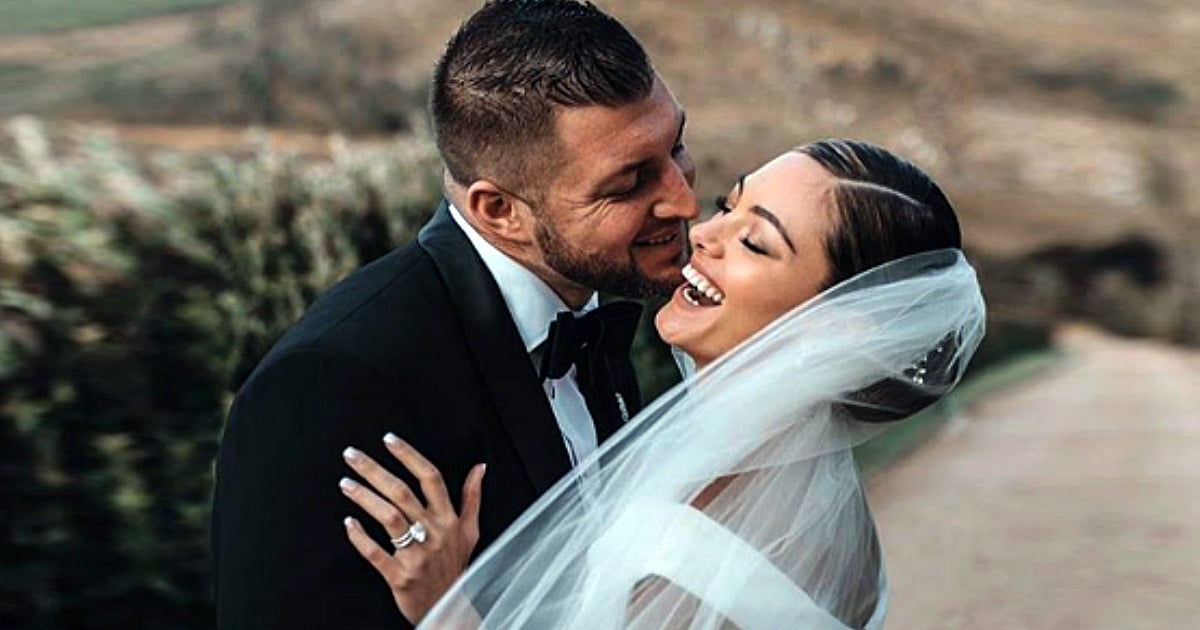 Tim Tebow Wedding: Everything You Need To Know About Tim Tebow And Demi-Leigh Nel-Peters
Read Article »

Popstar and outspoken Christian celebrity Justin Bieber updates Instagram with news that doctors have diagnosed him with Lyme disease. The singer decided to open up about the health issues he’s been battling for the past couple of years after rumors and speculation started swirling out of control.

Justin Bieber has spent much of his life in the public eye. And his time in the spotlight has included plenty of ups and downs.

RELATED: For Justin Bieber, Christian Faith Has Become His Focus

But after giving his life over to Jesus, the star seems to be trying to turn his life around.

“I, personally, love Jesus and that was my salvation. I want to share what I'm going through and what I'm feeling and I think it shouldn't be ostracized,” Justin said in 2015. He went on to say, “I'm gonna use my voice for a reason. . . I just wanna honestly live like Jesus.”

The star’s profession of faith was met with mixed reactions. But over the years, he appears to have continued to pursue Jesus.

Justin Bieber updates Instagram with Bible verses and praises to Jesus often. He attends church and speaks openly about his faith.

Only God knows a person’s heart. But we sincerely hope Justin is seeking a personal relationship with Jesus. And an update by Justin Bieber on Instagram reveals the Christian celebrity certainly needs prayer.

Justin took to social media in early January 2020 to confront a host of rumors suggesting he was battling drug addiction, depression, etc.

Next to a screen capture of an article by celebrity news tabloid TMZ, Justin revealed how doctors recently diagnosed him with Lyme disease.

According to the Christian celebrity, the diagnosis comes after a “rough couple [of] years” where doctors struggled to figure out what was wrong.

In that time, he also suffered from a “serious case of chronic mono.” 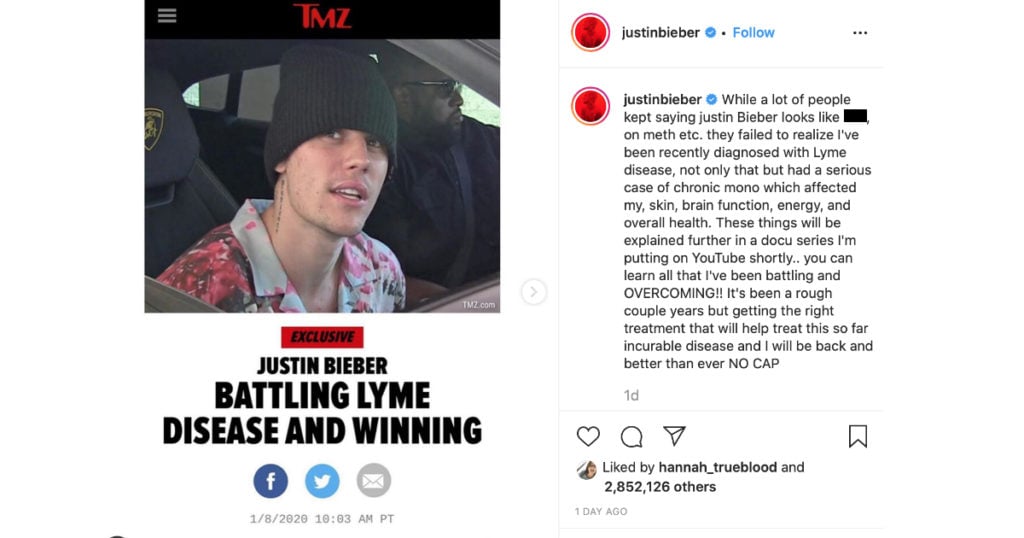 The singer says more will be revealed in a Justin Bieber documentary coming to Youtube.

Wife Speaks Out About Diagnosis

Justin Bieber and wife Hailey Bieber got married in 2018. And she’s been by Justin’s side as he’s faced these scary health battles.

And after Justin Bieber updates Instagram to reveal his diagnosis, Hailey chimed in on her own social media accounts to remind people how tough the disease is.

"For those who are trying to downplay the severity of Lyme disease, please do your research and listen to the stories of people who have suffered with it for years,” she wrote on Twitter. “Making fun of and belittling a disease you don't understand is never the way, all it takes is educating yourself.”

and sending so much love to @AvrilLavigne thank you for all you do to educate people about Lyme. You're amazing 💕

After returning from a medical hiatus, Avril Lavigne spoke out about her battle with Lyme disease, as well as how she turned to God in her time of suffering. The experience inspired her emotional, chart-topping song, ‘Head Above Water’.

YOU MAY ALSO LIKE: Avril Lavigne Performs ‘Head Above Water' Live After Medical Hiatus

Continuing to rely on God is certainly the best thing Justin Bieber can do. And we’ll be lifting him up in prayer, as well.