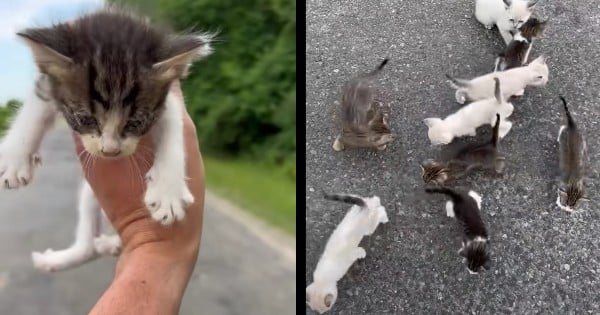 One woman reached out to Chewy to return a large bag of dog food after her dog died and was blown away by the kindness that the company showed her.

RELATED: They Were Going To Put Down Dog Found In The Walmart Parking Lot But Then Angels Stepped In

Anna Brose recently lost her sweet dog named Gus. Before he died, she had ordered a big bag of his favorite dog food. Since it was unopened, she reached out to the company Chewy to see if she could return it for a refund. Then she shared their heartwarming response to her request on Twitter.

"I contacted Chewy last week to see if I could return an unopened bag of my dog’s food after he died. They 1) gave me a full refund, 2) told me to donate the food to the shelter, and 3) had flowers delivered today with the gift note signed by the person I talked to," Anna wrote.

“It’s the least we could do, Anna," Chewy wrote in response to Anna’s tweet. "We hope these flowers will help to keep your spirits up.”

What a wonderful act of kindness from Chewy! And a gesture that was sure to make Anna feel cared for after losing her beloved pet.

Anna's tweet went viral online with more than 728,000 likes and hundreds of comments. One person shared how they have seen Chewy do this many times before and how impactful it is to the shelters that receive their donations.

“I work at an animal shelter. This is legit. We often have people reaching out to donate because Chewy told them to reach out to a local shelter. I can’t express what this means to shelters like mine. Truly a gift,” commented a person online.

Chewy has donated more than $97 million in products to shelter and rescue animals since 2012, and the company has been awarded “America’s Best Customer Service” by Newsweek for three consecutive years from 2019 through 2021.

YOU MAY ALSO LIKE: Man Stopped And Thought He Was Rescuing A Kitten But Then He Found Himself Surrounded

This is a type of company that really cares about their mission to serve pets and their owners well. Way to go, Chewy!

Thank you all for the kind messages and shared stories in the comments 💙 Gus would have been blown away! pic.twitter.com/DiopASuHIi