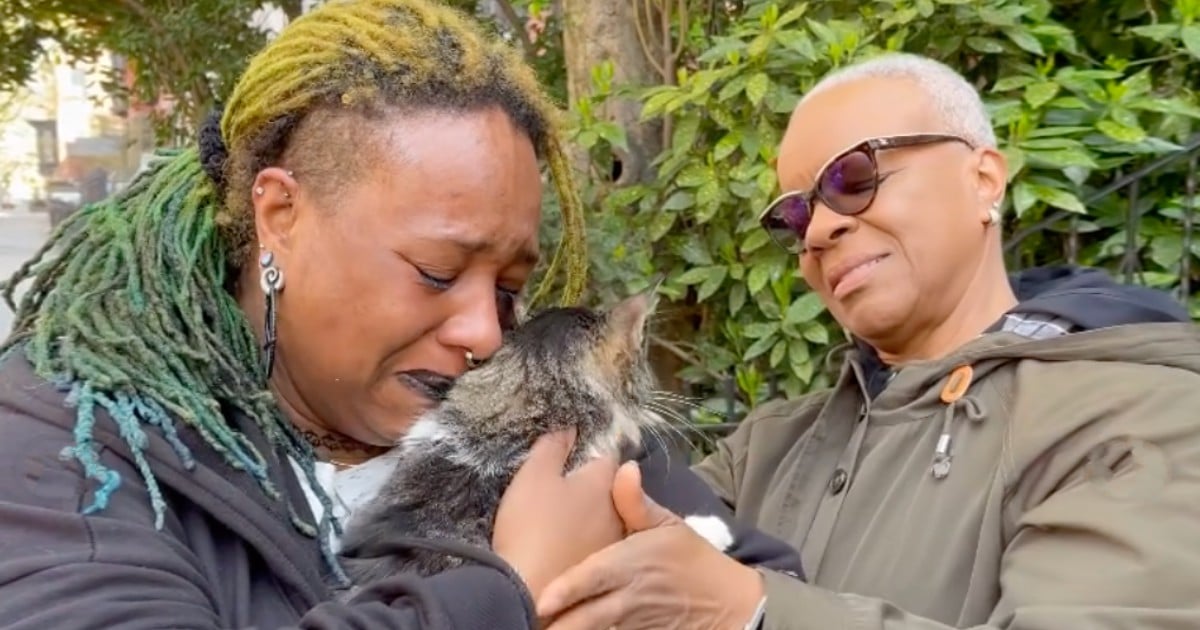 Walmart, carrying just about everything that everyday folks need, is a staple stop for most American families, but it's the dog found in Walmart's parking lot that Cat Suzuki wouldn't want the world to be without!

Sadly, instead of stopping in to pick up something, the owners of an extra special dog named Clarence left him behind. Clarence had been shown little affection before being dropped on the retail store's parking lot.

RELATED: A Puppy With Hair Growing From Eye Was Going To Be Put Down Until A Special Angel Stepped In

He'd spent his entire life in his family's yard, treated like a "lawn ornament" instead of the sweet, loving companion that he has proven himself to be since being rescued.

After being abandoned, the golden retriever-mix met and made friends with two other dogs who'd also been left behind; one was a German shepherd and the other a Chihuahua-mix.

Before too long, animal control seized Clarence, along with his big, black buddy. They then located Clarence's owner, but the owner refused to come get Clarence, leaving him and the German shepherd to be added to the euthanasia list.

That's when Hounds in Pounds came along to save the two dogs and locate loving, caring homes for them.

RELATED: Dog Rushed Up to Reporter and Wouldn't Stop Hugging Him Until Pup Was Adopted

Second Chance At Happiness For Clarence

The folks at Hounds and Pounds immediately fell in love with Clarence, the 60-pound, 4-year-old who loves giving hugs-even though he'd had very few himself before meeting Cat Suzuki, founder of Hounds in Pounds.

Clarence was not appreciated by his former family, but he literally holds onto those he meets, seemingly eager to find someone who is willing to hold on to him.

"He is an angel - literally," Cat Suzuki explained. "He just wants to be by your side. This dog is a mush."

Hounds in Pounds doesn't expect that will be a problem! Clarence is headed north from Georgia to New Jersey on a mission to find a new home where hugs abound. With his wonderful temperament and gorgeous, fluffy fleece, Clarence is quite the catch.

"We can’t help but get lost in Clarence’s golden coat, it reminds us of sunshine and so does his personality. He is bright, warm, and brings light to those who know him," shared Hounds in Pounds on their Facebook page.

Discarded by one family, Clarence will be devoted to the one that welcomes him into their home. He's housetrained, easygoing, a cuddler, and a snuggler!

Thank goodness for Hounds in Pounds! Mr. Clarence is sure to melt the hearts of his adoptive family even though his was broken by the family that left him behind!

YOU MAY ALSO LIKE: Little Boy Hugs His Furry Best Friend And The Sweet Dog Returns The Favor

"Anyone who withholds kindness from a friend forsakes the fear of the Almighty." Job 6:14