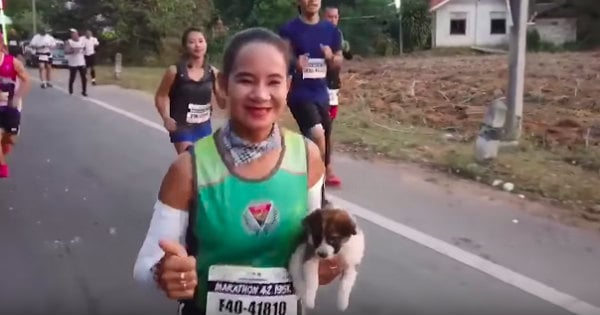 When Dobby’s owner dumped him at a vet clinic, the poor dog barely looked like a dog at all. But in this inspirational animal rescue story, a group of special angels gave him a second chance at life. And just wait until you see Dobby now!

Sara Harper first met Dobby in January of 2016. Dobby’s owner brought him into a low-cost vaccination clinic in Florida. Sara was working there as a vet tech and couldn’t believe her eyes!

After years of neglect, 5-year-old Dobby was mostly bald and his skin was raw and red. Dobby was in such rough shape that the neglected dog barely looked like a dog at all.

"We were horrified at his malnourished condition," Sara said. "Along with his whole body raw and bloody, his feet were too, and toenails grown so long they curled into his paw pads. She admitted her flea treatment all the years she had him was pouring a flea powder meant for carpet and to be vacuumed up.”

Sara just knew she had to help him. And she’s the one who initiated this inspirational animal rescue story!

Dobby’s owner admitted this was the dog’s first time ever seeing a vet, as she didn’t want to spend any money on him.

This broke Sara’s heart. She pleaded with the woman to surrender Dobby and she turned him over immediately.

Since this was just a vaccination clinic, Sara would need to take Dobby to an animal hospital for treatment. Technically, the hospital was closed. But a vet friend let Sara bring Dobby in anyways. They wanted to start treatment right away for this poor dog who barely looked like a dog.

First, they trimmed his severely overgrown nails. Next, they bathed him and did some bloodwork. Dobby couldn’t talk. But his sweet demeanor let these special angels know he appreciated all they were doing for him.

"He sat there with love in his little eyes - like he knew he had finally been saved," Sara said. 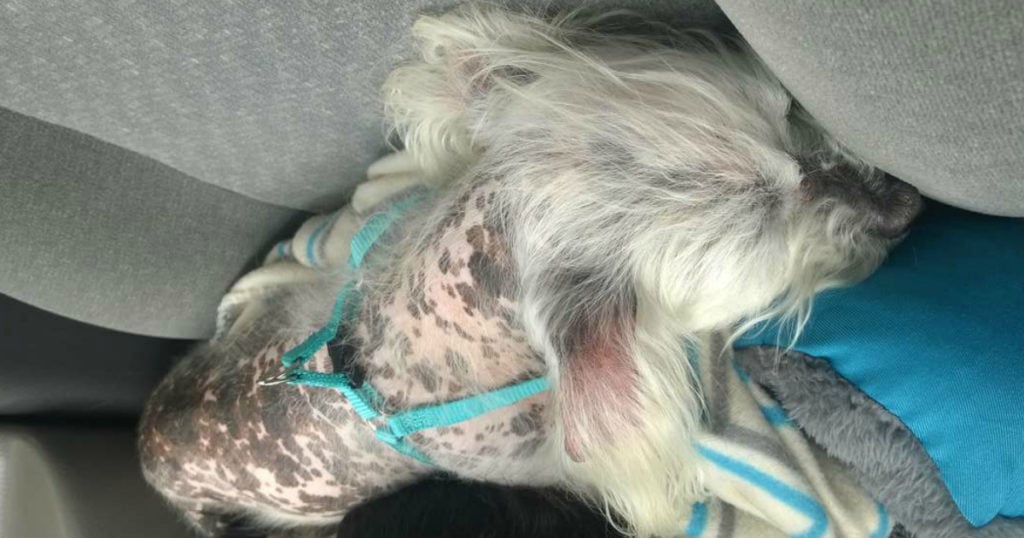 After these first steps toward recovery, an organization called Pawsibilities Rescue took in Dobby. These kind folks spent months helping Dobby heal, giving him medicated baths and other life-saving treatments.

Meanwhile, God was guiding a tender heart toward Dobby so this poor, neglected boy could finally find the loving home he deserved!

A Second Chance For Dog Who Barely Looked Like A Dog

Even though Dobby wasn’t yet ready for adoption, Liz Ford came across his photo and just knew he was meant to go home with her.

"I could not believe my eyes when I saw him," she said of seeing Dobby for the first time.

After her two senior rescue dogs passed away, Liz had come to Pawsibilities Rescue to adopt another dog named Wylie. But now she knew in her heart she needed to bring Dobby home, too.

"While waiting for Wylie to heal enough to be adopted, I kept tabs on little Dobby,” she recalled. “When I went to pick up Wylie, I was sitting on the floor at the rescue worker’s home and Dobby came and curled up in my lap. I pretty much knew then that he would be coming to live with us."

It took four more months, but after he healed completely, Dobby went to his new forever home with Liz and Wylie. And the love he found there transformed a neglected dog who barely looked like a dog into a pup finally enjoying the good life! 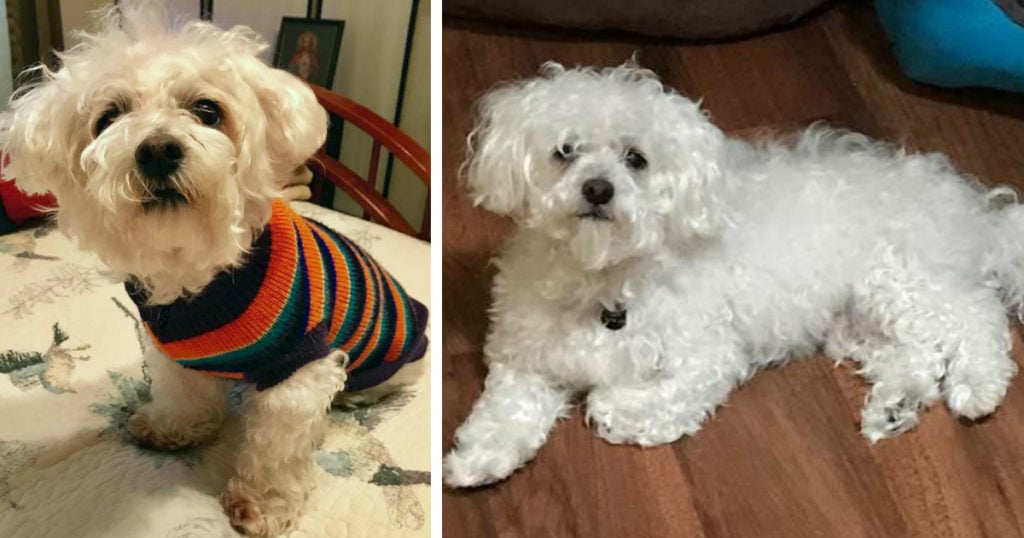 Seeing the fluffy, white Dobby today, you’d never guess he’d had such horrible beginnings. But I’m sure he’ll never forget the special angels who helped give him a second chance!

At GodUpdates, we just love short animals stories, especially those with happy endings. Here is a small sampling of the other inspirational animal rescue stories we have, which help remind us of the transformative power of love. And as you explore our site, you’re sure to find plenty of other inspirational short stories to brighten your day!