A severe case of mange left California black bear Eve nearly unrecognizable. And what a blessing rescuers found this poor creature when they did!

RELATED: A Sick Porcupine Is Nearly Unrecognizable Before He's Rescued

In 2017, the California Department of Fish & Wildlife received a call about a mysterious animal found rummaging for food in a dumpster. Even though the call came in on Christmas Eve, rescuers rushed out to help.

What they found was horrifying. Named after the day she was found, black bear Eve was in pitiful shape. A severe case of mange had ravaged the poor creature’s fur and skin so badly, you could hardly tell Eve was a bear! 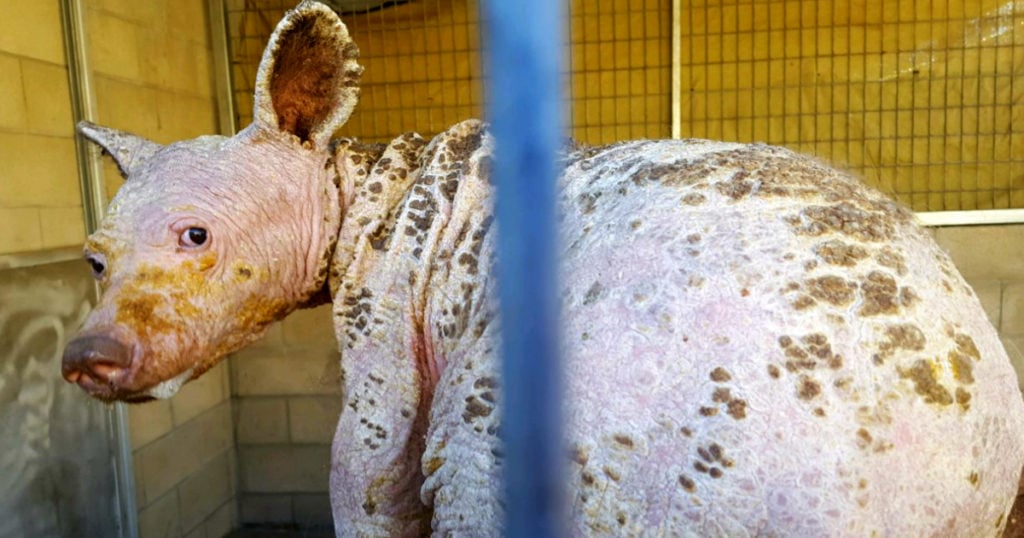 Rescuers took the “bare bear” to the Fund for Animals Wildlife Center (FFAWC) in San Diego County. Affiliated with the Humane Society, this organization provides medical and rehabilitative care for injured, ill, or orphaned wildlife.

Initially, veterinarians thought black bear Eve was just a cub. But that’s only because of her size. Eve arrived weighing only 30 pounds, leaving staff to guess her age at 1 year. Later, though, a dental exam placed her at 3 or 4 years old. Her small size resulted from emaciation.

Aside from her weight, Eve suffered from the worst case of mange the organization had ever seen, followed by a secondary skin infection. As a result, she’d lost all of her fur and small scabs covered her skin.

"If she hadn't been transported here, there's no chance she would've made it on her own. She was in really dreadful condition," Matthew Anderson, director of FFAWC said.

Without fur, Eve would have died from the cold. But God sent her a team of angels dedicated to saving her life!

Eve received round the clock treatment, including her own recovery room and medicated baths to get her skin infection under control.

“You wouldn’t think getting a bath is life-saving, but in this case it is,” Christine Barton, Director of Operations of FFAWC explained. 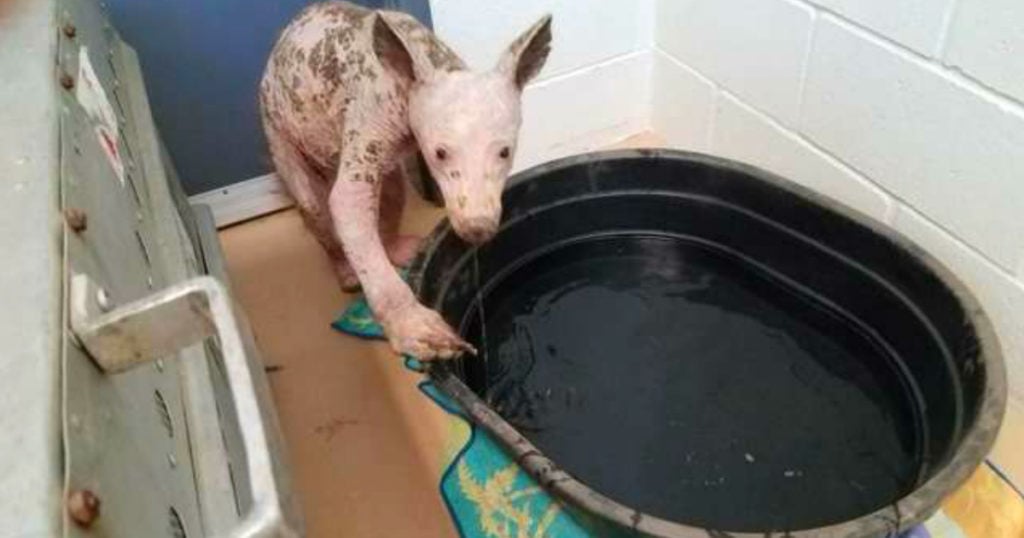 Staff worked tirelessly to scrape off dead crusty patches of skin and keep Eve safe from any kind of irritants.

For 8-months, black bear Eve fought for her life. The medications helped diminish the mange and proper nutrition had Eve plump back up to a healthy weight. She even started growing back fur!

The FFAWC originally hoped to reintroduce Eve back into the wild. Unfortunately, Eve was unable to grow back a proper, full coat of fur.

“Our expert team treated her but her inability to grow a full fur coat means that releasing her is simply no longer an option,” Matthew Anderson explained. “She will require life-long care and a special environment to help protect her from potential skin damage.”

Even so, black bear Eve is healthier than she’s been in a long time and the special angels dedicated to her rescue undoubtedly saved her life.

“There is no doubt that without our intervention, Eve would not have survived,” Matthew said.

For now, the FFAWC will continue to care for Eve as they partner with other animal rescue organizations to raise funds to build her a new state of the art, large habitat at the Cleveland Amory Black Beauty Ranch in Murchison, Texas. Once ready, this will be Eve’s forever home. And everyone is dedicated to making sure black bear Eve enjoys the best life possible!

"We know it won’t be easy or inexpensive to care for her forever – bears typically cost around $500 a week,” Matthew Anderson explained. “Despite bears not being cheap house-guests, our teams here at the Wildlife Center and at our ranch in Texas will make sure that she gets everything she needs for the rest of her life."

And seeing the amazing transformation Eve has already received, we just know a blessed life awaits her. Thank God for the compassionate animal lovers who saved her!

YOU MAY ALSO LIKE: Cat Frozen To Front Porch Has Incredible Transformation