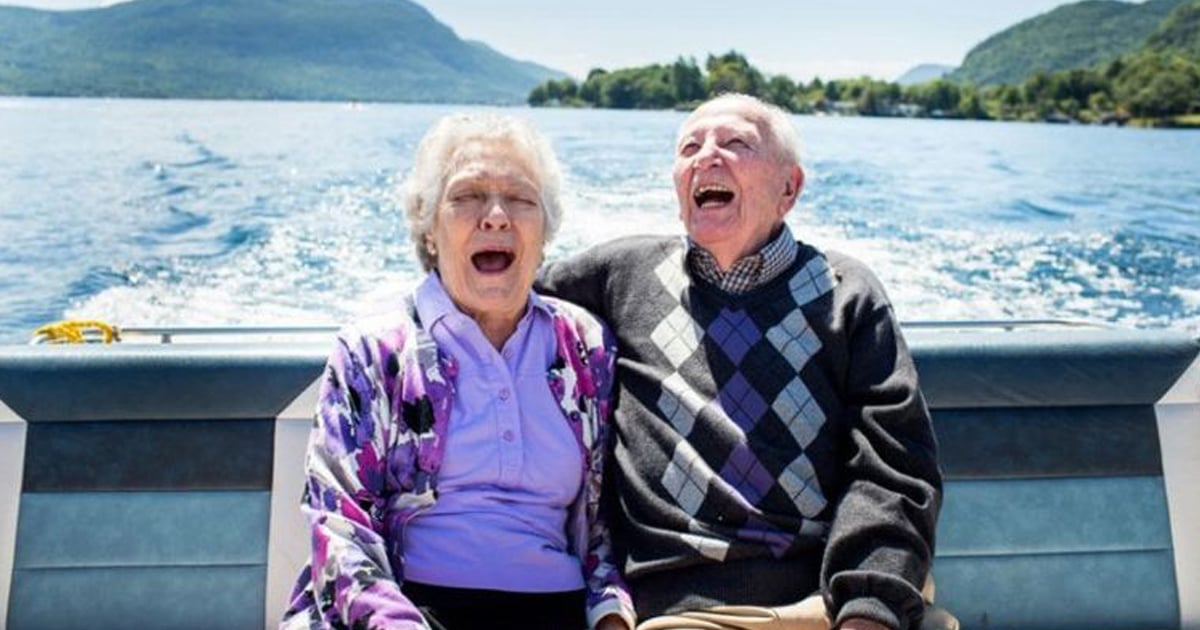 Sheri Kassalias has a soft spot for dogs. . . and for opossums! In fact, she’s what you’d call an opossum rehabilitator. Usually, that means she nurtures opossums-in-need back to health, then returns them to the wild. But one little guy didn’t quite get the memo. So now, the rescued opossum is just part of the family!

It all started when three baby opossums were orphaned. Two lost their mom after she was hit by a car. The third to a dog attack. Sheri agreed to foster all three. 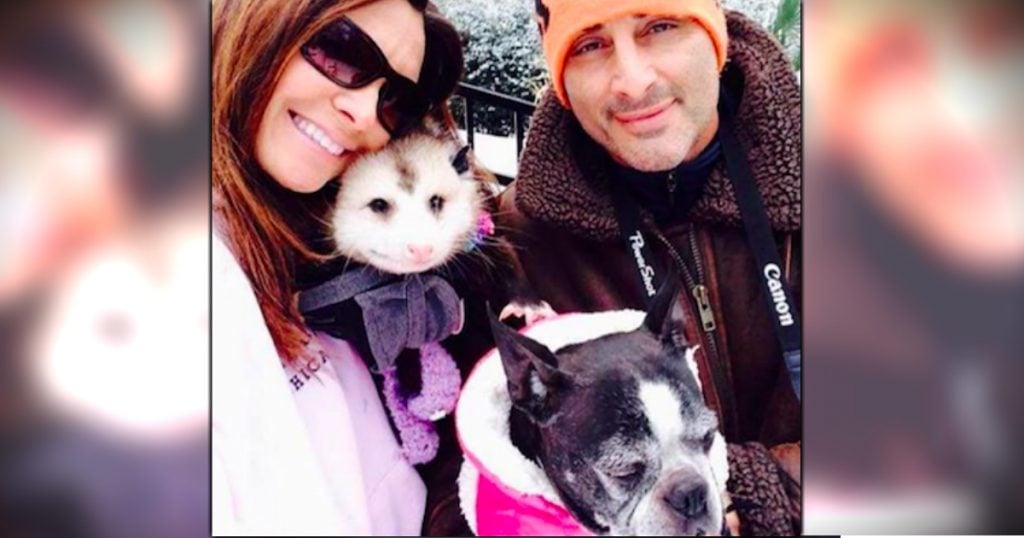 The plan was to nurture them back to health and care for them until they were old enough to survive in the wild on their own. For two of the opossums that worked just fine.

They grew strong and happily went back out into the wild.

But the third refused to get with the program. He knew a good thing when he saw it. He preferred being a mama’s boy, even if his new mama was a human!

“Opie was so sweet he demanded to be held. He climbed up my sleeve,” Sheri affectionate recalls.

RELATED: A dog and rescued owl make the unlikeliest of pals (but also the sweetest)

There was nothing “wild” about Opie. He loved cuddling and even licked and groomed Sheri, much like a cat would. His sweet, domestic nature caused another rescuer calling Opie a “one in a million” opossum!

Welcome To The Family

Opie’s unwillingness to return to the wild left Sheri with two choices. Either cut of all contact with him. . . or give the little fellow a forever home with her family. 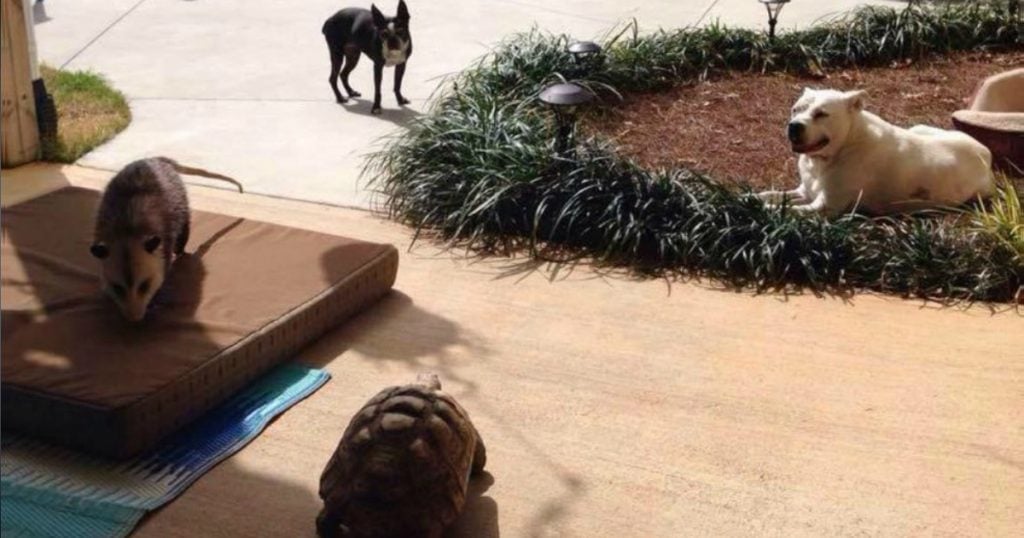 Credit: Sheri Kassalias via The Dodo

For Sheri, there was really no question. She and the whole family — Sheri’s husband, a 14-year-old pit bull, an elderly Boston terrier, a 25-year-old tortoise named Bubba and a foster dog — welcomed Opie with open arms. . . and paws. . . and shells!

But Opie is more than just a beloved fur-baby. He’s an opossum ambassador!

Opie is registered with the USDA so that he can travel with Sheri to schools and other public places. Sheri and the rescued opossum try to educate people on the often overlooked benefits of one of God’s most misunderstood creatures.

RELATED: A sick porcupine is nearly unrecognizable before his rescue

Many people fear opossums, regarding them as aggressive pests who spread rabies. Sheri and Opie try to debunk that myth. In general, opossums are docile, non-aggressive animals. Any mammal can get rabies, but the chances of an opossum getting rabies is extremely low. They simply aren’t very susceptible to the disease.

Sheri enjoys telling people about how opossums will actually eat the pests out of your yard without destroying anything in return.

“I love that they give back to nature instead of taking from it,” she says. “They are gentle even when injured.”

Opie and Sheri have been a team for two years now. Sadly, they likely don’t have much more time together. The average lifespan for an opossum isn’t much more than two years, and Opie is already showing signs of slowing down.

But the impact this little guy has had in two years has been incredible. And that’s what Sheri chooses to focus on.

“Regardless of how much time I have left with him, I know I have done absolutely everything in my power,” she says. “If his longevity was based on love, he would live to be 100.”

Opie certainly isn’t your typical fur-baby. But what an amazing purpose God gave him!

YOU MAY LIKE: Little girl asks her parents for a puppy and gets a rhino instead