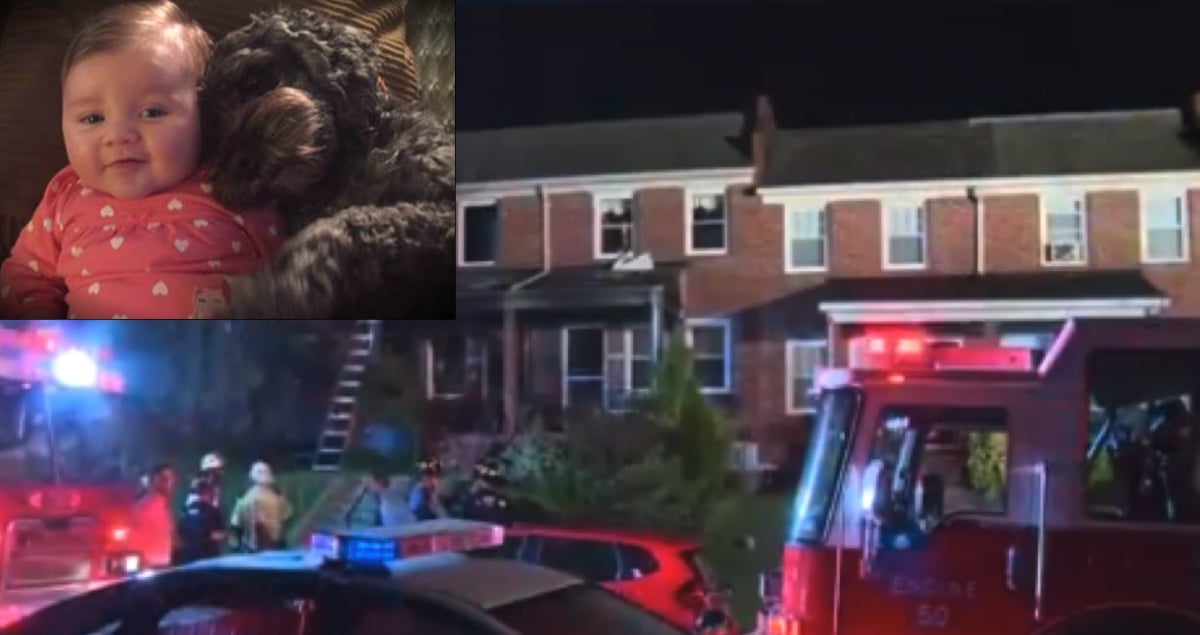 Humans are not the only ones to feel grief. Animals grieve as well. And that’s just what Jacquie Litton’s dog, George, was doing after losing his buddy — a Labrador named Blackie. Then, out of the blue, a friendly duck showed up on the porch by George’s side. And the unlikely new friend helped mend the grieving dog’s broken heart! 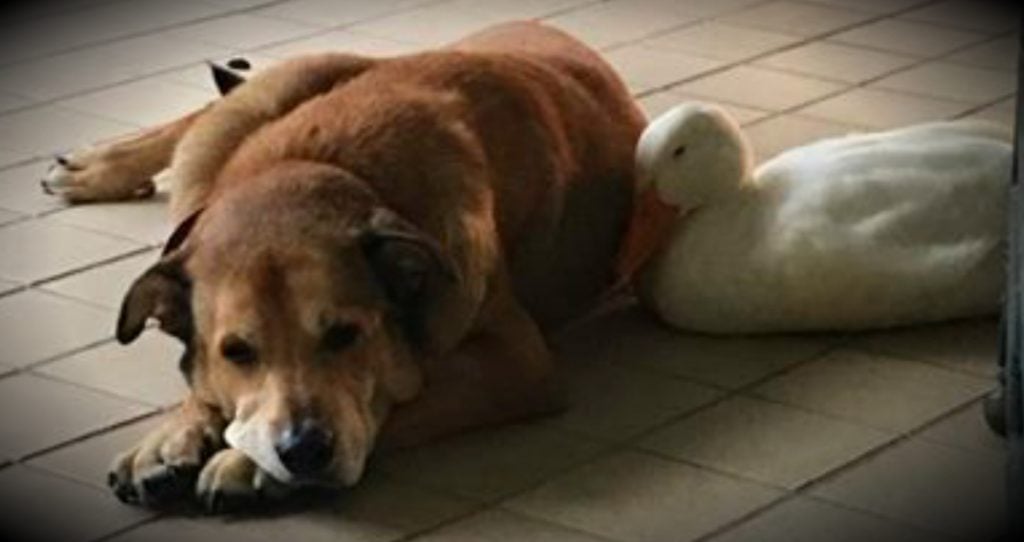 George and Blackie had been together for 12 years. And after Blackie passed away, George became so heartbroken and riddled with anxiety, Jacquie says he almost died twice.

But then, during the week of the 2 year anniversary of Blackie’s passing, something incredible happened. A friendly duck showed up out of the blue at the Tennessee home!

As crazy as it sounds, the duck befriended the depressed dog immediately and the two became inseparable. 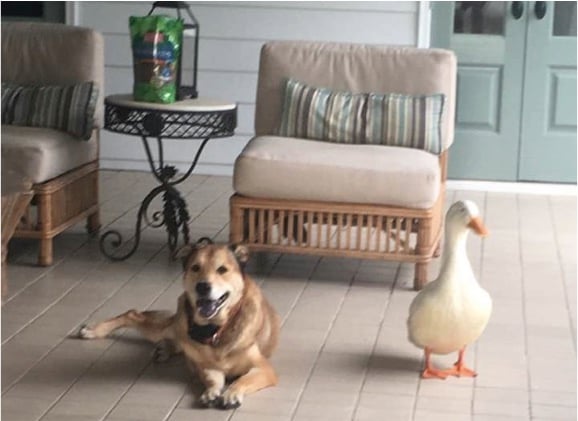 It was almost as though the duck was on a mission to cheer poor George up!

“We have no idea where this duck came from but he sure does love George and since the duck has arrived George has not cried one time,” Jacquie said. 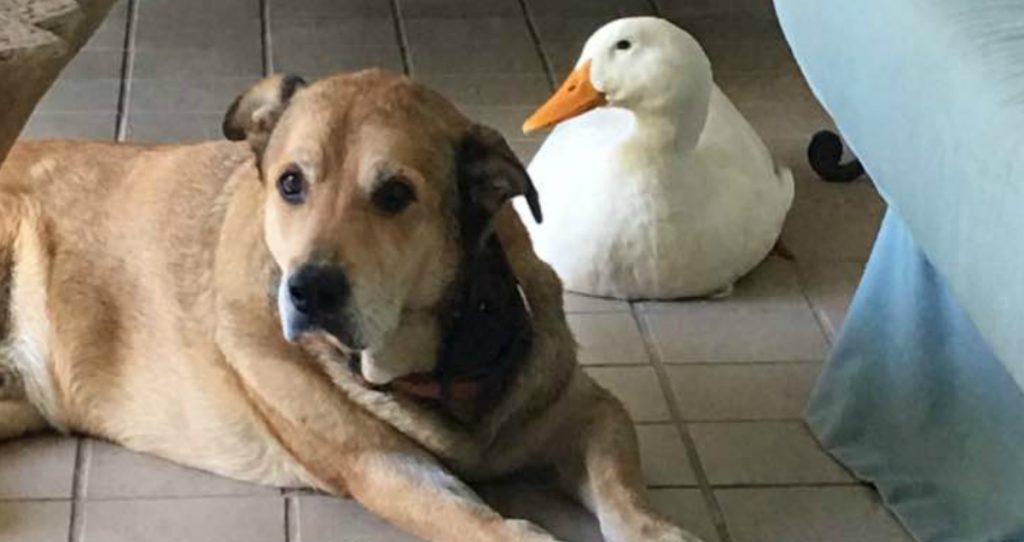 The pair got so close, that the friendly duck — who Jacquie calls Donald — even joined his new pal, George, inside. 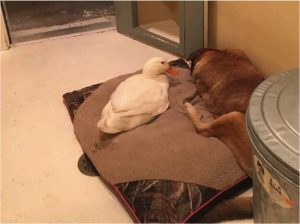 And the change Jacquie has seen in George is nothing short of a miracle!

“Since the duck has showed up, he’s been fine,” she said. “He’s not wanted in the house. He’s not whined. He’s not meeting you at the car, ya know, looking sad.”

Some may call it coincidence. But we’re certain the unlikely friendship is a beautiful — albeit it odd — case of divine intervention!

"Blessed are those who mourn, for they shall be comforted" Matthew 5:4

See why this family of ducks gets a police escort every year! 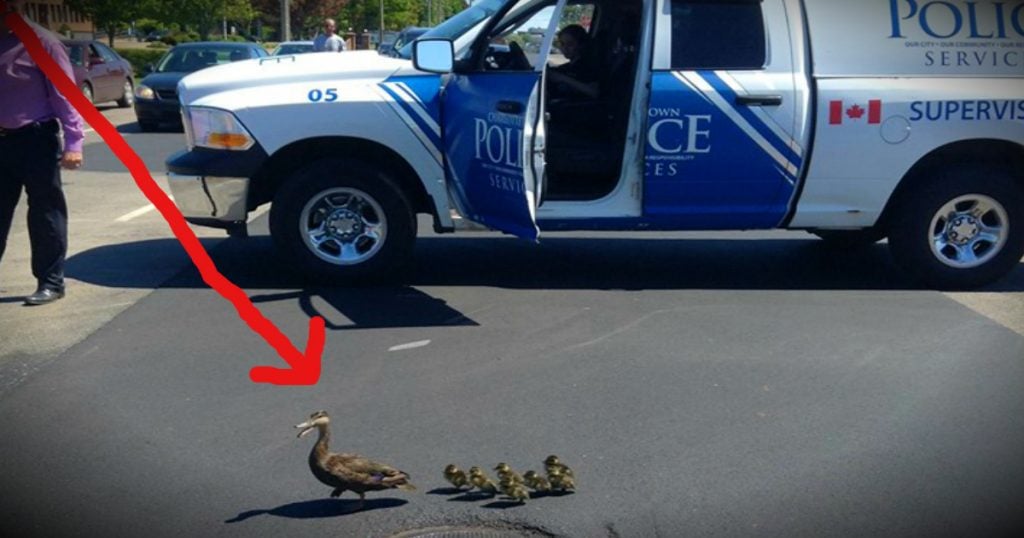