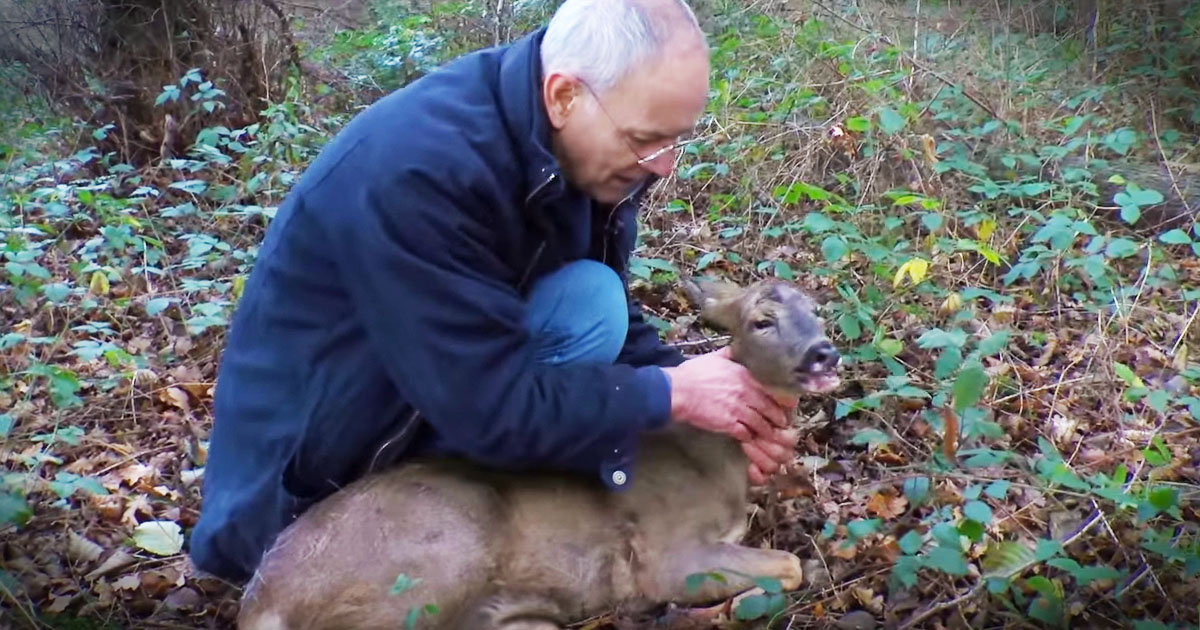 God has equipped each of us with our own, unique talents, complete with their own special purpose. And sometimes you have to first figure out what is NOT your natural gift before you can figure out what is. (Can I get an AMEN!?!) This was certainly the case for sweet faced Ruby, a failed sheepdog looking to find her true purpose in life! 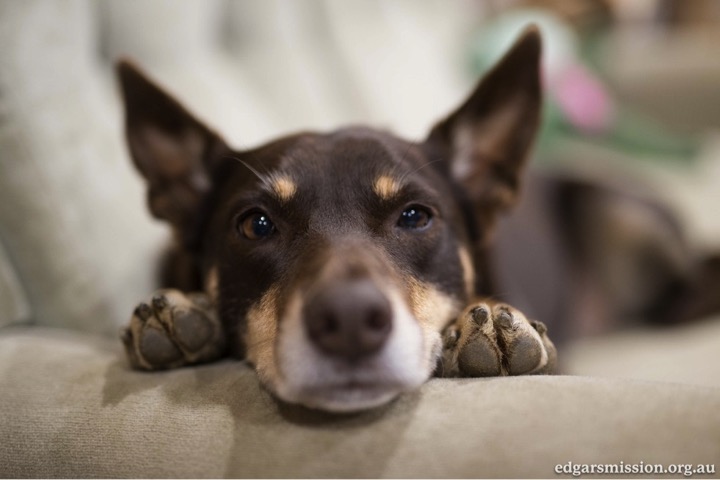 Not Made For Herding

Ruby was purchased by an Australian farmer to be his sheepdog. The trouble was, Ruby was not much good at herding sheep! This sweet natured pup was far too loving to spend all day bossing sheep around. She'd much rather give kisses and play! 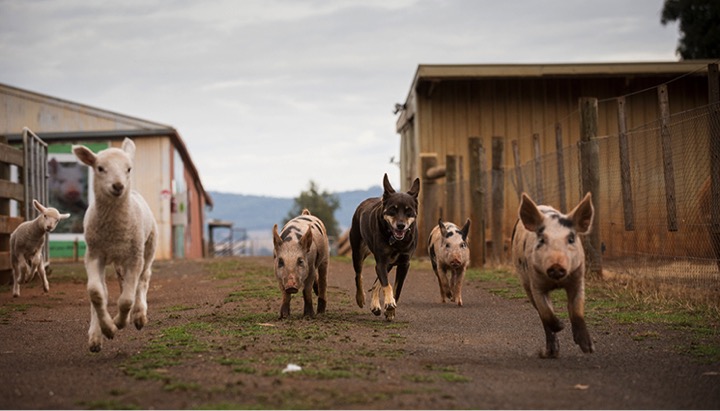 Sadly, Ruby's owner did not value animals for the love and companionship they bring, but rather for the specific labor tasks they were assigned on his farm. When shouting and beatings didn't "whip Ruby into shape," he decided the failed sheepdog was of no use and dropped her off at his friend's house with instructions to shoot her. 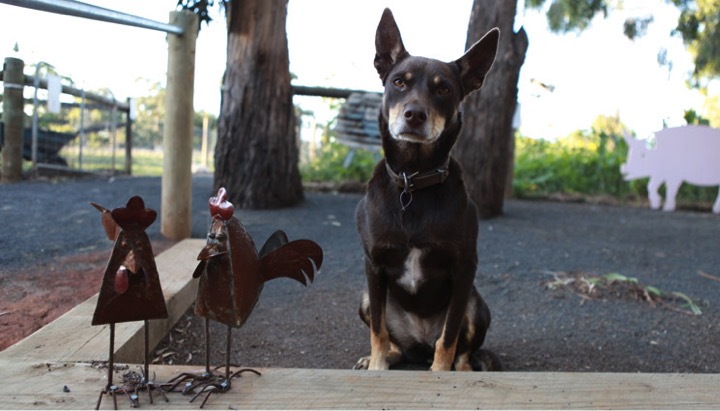 Poor Ruby didn't understand why her owner was so mad. The sweet dog only wanted to please her humans, and had become skittish from the abuse she'd been shown by the only master she'd ever known.

The terrified pup cowered in fright as the man got his gun, and even wet herself out of fear. As he prepared to "dispose of her," Ruby responded the only way she knew how — with love. The precious pooch jumped up on the man, covering him in puppy kisses. 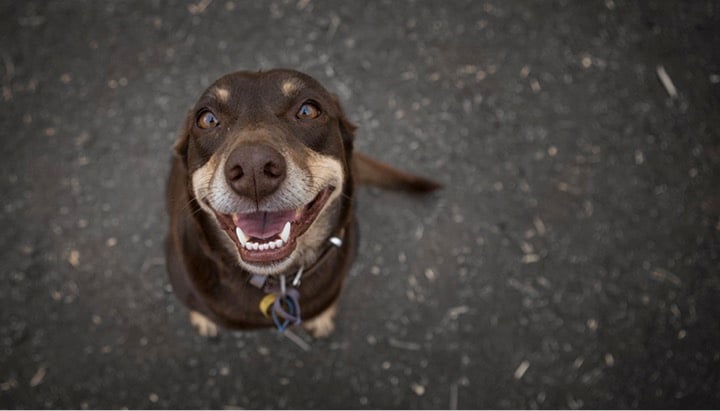 It was then that God revealed Ruby's gift — a beautiful heart of gold, bursting with a love so pure that it overcame her would-be executioner. His eyes filled with tears, and he had a complete change within his own heart. He put away the gun, and set out to find the failed sheepdog a proper home.

And so, Ruby got her second chance at farm life with the wonderful folks at Edgar's Mission — a large farm sanctuary in Australia offering life-long love and care to over 300 rescued animals. 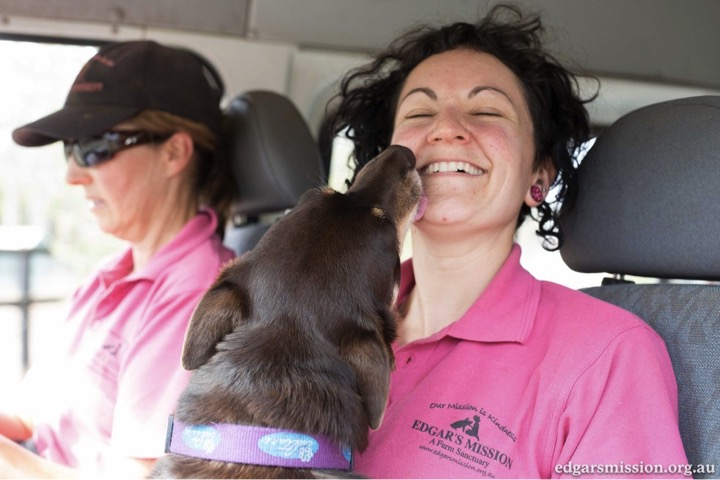 And it's the perfect place for her! Ruby uses her big heart to shower humans and animals alike with love. She's even found a job completely suited for her special gift:

“She really has made it her official duty to be assistant tour guide,” says Pam Ahern of Edgar’s Mission. “I may be working away here in the office and Ruby realizes a tour has started, so off she races to the door and begins scratching.” 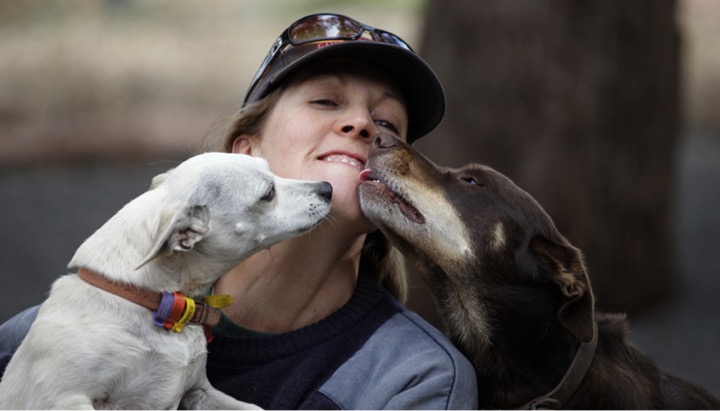 Aside from greeting the humans, Ruby also takes special care with the animals who are brought to the sanctuary. She befriends the new rescues, comforting them as they heal from their often traumatic past. 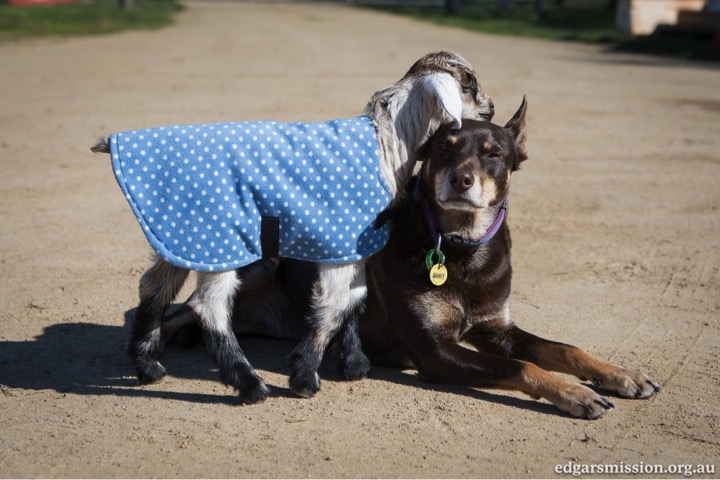 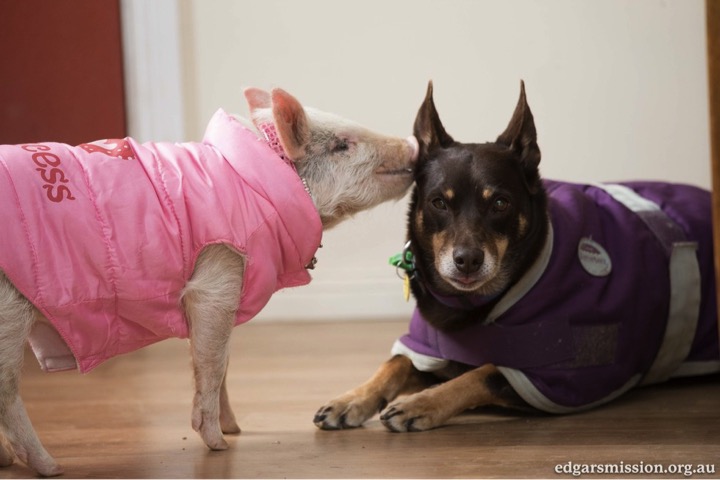 This tender hearted pooch has finally found her place in the world.

“Whether it is gently nudging the hand of a frightened child, or softly licking the nose of a rescued animal, Ruby touches hearts and minds and makes everyone she meets feel safe and special,” Pam says. 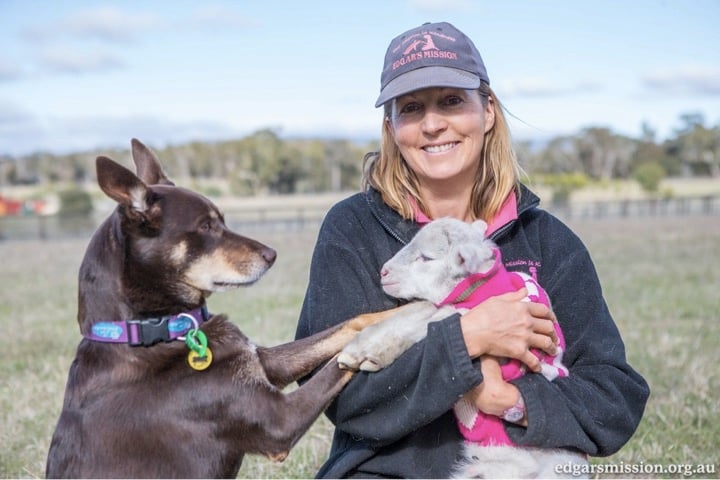 Ruby's story just goes to show that everyone deserves a second chance. In the battle of good versus evil, love wins!

"For even as we have many members in one body, and all the members don’t have the same function, so we, who are many, are one body in Christ, and individually members one of another. Having gifts differing according to the grace that was given to us." Romans 12:4-6

You just have to see this injured lamb's incredible transformation! 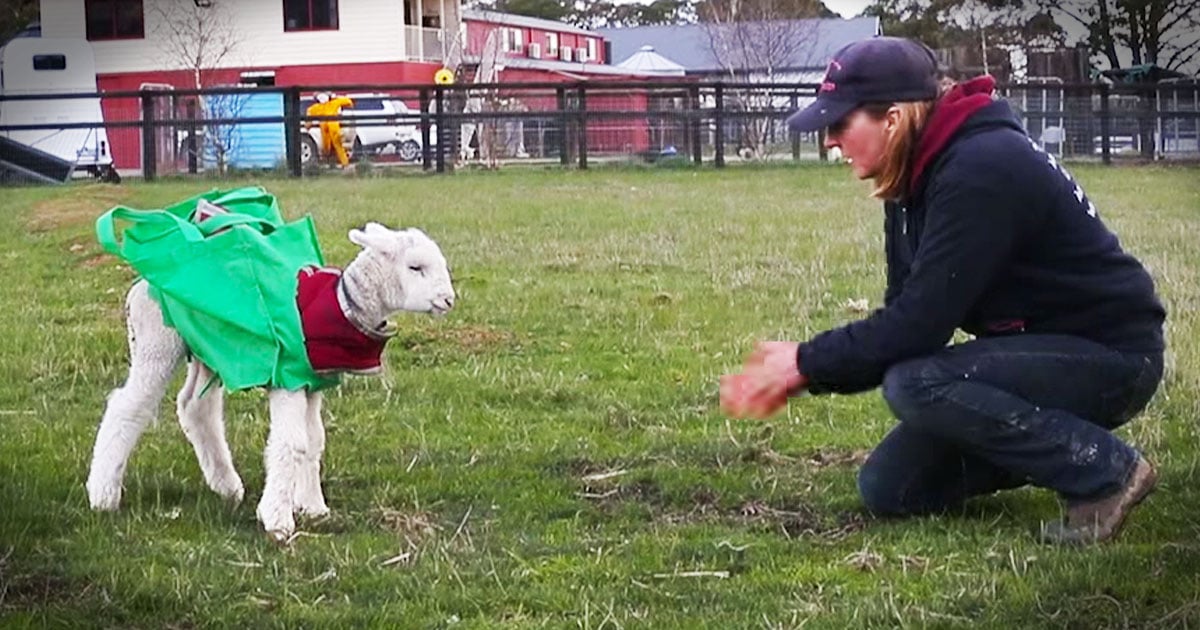 Discovering that there's a panda daycare completely rocked my world. Where do I sign up!?!