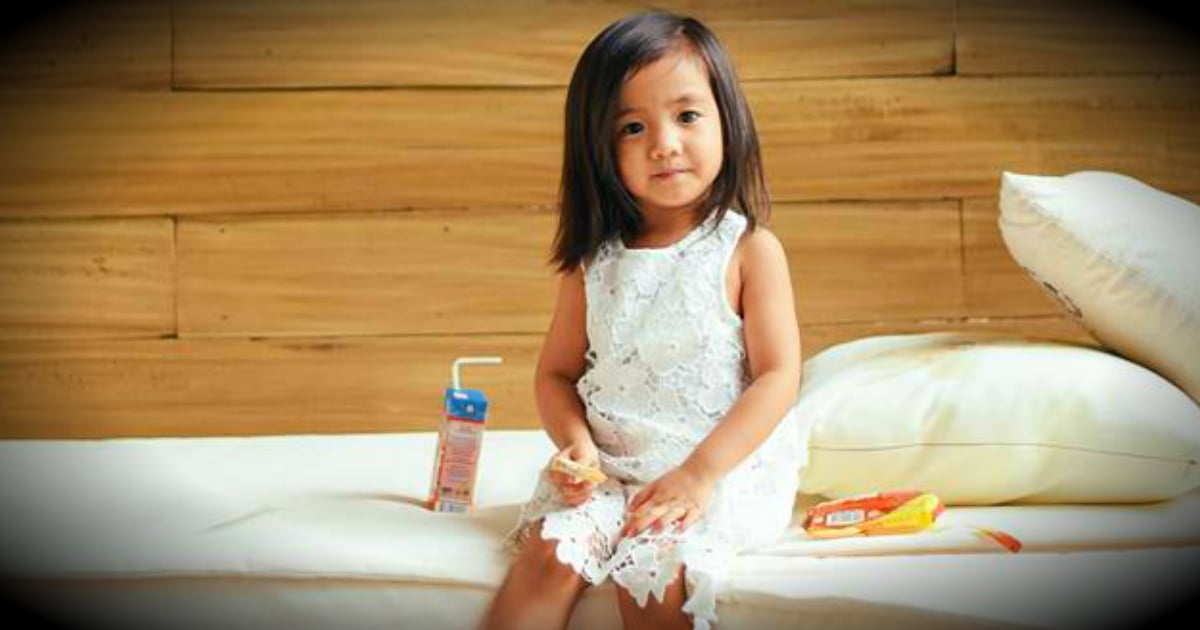 To look at Rhonda Bear, few would ever guess that this soft-spoken owner of a small coffee shop called She Brews, decorated with Bible verses is a former inmate. Most would be equally surprised to learn that before Rhonda wore a cross around her neck, she wore a burden of shame as she looked her children in the eyes and apologized for being a mother who was headed to prison for drug dealing and addiction. But God’s amazing grace changed all of that. And now, Rhonda is extending that same grace to other inmates looking for a second chance. 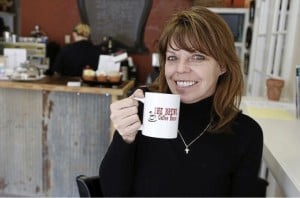 Rhonda’s life seemed doomed before it ever really had a chance to begin. She was addicted to drugs by the age of 12 and dropped out of school in the eighth grade. By her mid-twenties, she was a single mom of three with no education, no job. . . no way out.

"I wanted to take a shortcut in life," Rhonda recalls. "My whole life had been drugs, so I thought I would sell drugs and get myself financially OK so I could ... be a mom to my kids."

Rhonda agreed to turn herself in on one condition — she be allowed to properly say goodbye to her kids.

"Dec. 7, 2000, I spent the day with my children," Rhonda said. "I had Christmas with them and I told them I was sorry for being the mom that I had been and that I knew I was going to prison ... and that I would be back to get them and I was coming back different. That's when I determined my life was going to change."

The next day, Rhonda turned herself in and was sentenced to 10 years at Mabel Basset Correctional Facility. She entered prison a broken woman. But from that place of brokenness, she was finally ready to accept the love and grace from God that had been waiting all along. 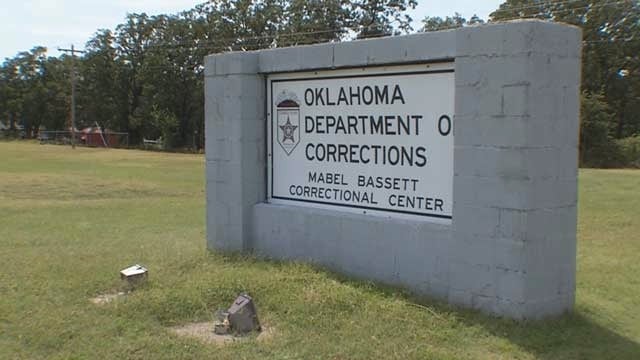 During her time behind bars, Rhonda joined Alcoholics Anonymous where she was given a Bible. Next, she applied and was selected to attend a Christianity retreat sponsored by Kairos Prison Ministry International. From there, she met Jean Key, a retiree who has been doing prison ministry for more than 20 years.

The “itty bitty woman” spends three out of four weekends at the maximum security prison and embodies the verse from John 13:35 where Jesus says the world will know His disciples by their love.

"The one thing that really impacted me was the love and the kindness that came through Jean Key and the women who were serving with her," Rhonda recalls. "It was something I had never experienced, and I thought, ‘whatever you have, I want.'"

And the love of Jesus can transform even the hardest heart.

"It's amazing," Jean said. "We've seen some of the hardest, most violent (inmates) walk across the yard ... changed. They're changed and they're advocates for the God who loves them."

RELATED: A man who tried to kill a police officer turns his life around

Rhonda was one of those who was truly changed. Her transformation was evident to everyone, and she was released from prison on parole after 19 months. The former inmate was connected with Stand in the Gap Ministries — a prayer-based, small-group that supports people released from prison, with the goal of empowering them to stay out of prison and avoid relapsing back into criminal behavior.

Now that Rhonda was truly transformed, she knew there was no way she was going back to her former destructive lifestyle. She focused on working hard, and was eventually able to regain custody of her kids. She fell in love and remarried.

Feeling utterly blessed by the divine intervention that had not just changed, but saved her life, the former inmate committed herself to helping other women released from prison.

Rhonda says that in Oklahoma, women are often released from jail at midnight on the day their sentence ends. Most of them have no one to call and nowhere to go. And so, Rhonda figured she could start offering temporary housing for up to two weeks. But God had bigger plans!

"I believe God had another plan," Rhonda said. "He was just getting my feet wet." 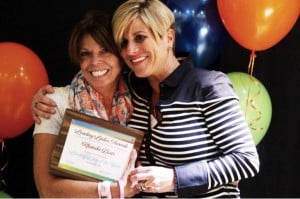 Before long, this former inmate was managing six halfway houses that provided residents with at least one year of permanent housing so long as they adhered to a few faith-based rules. But seven years into it, Rhonda wanted to do more — specifically for women trying to get their kids back.

While permanent housing satisfied one of the requirements for regaining custody, regular employment was the next hurdle.

"When people go to prison and they get a felony conviction and they do their time, many people don't let that be sufficient. They continue to hold that against them for a long time, which creates barriers to employment," Rhonda explained.

As Rhonda started brainstorming with a friend on ways to help former inmates with this problem, her husband threw her a bit of a monkey wrench. He’d been completely supportive of her outreach, but told her he could no longer fund her efforts because they’d become too costly.

Rhonda had only $300 to put towards her new venture. But she was out to do God’s work, so she had all she needed!

She took part of her money and rented a flea market booth. The rest she used to buy coffee beans, a coffee pot, hot chocolate and a crock pot for apple cider.

"And that's how it got started," Rhonda said. "We started She Brews with $300 and a whole lot of faith." 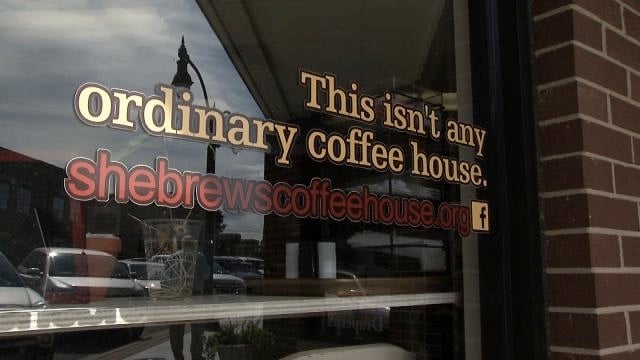 The former inmate started She Brews with the purpose of creating a job opportunity to women with criminal pasts that would allow the community to get to know these women and remove the stigma associated with incarceration. And it’s just that purpose the business has provided.

Since opening in 2012, about 24 women have gotten their second chance at She Brews. Most of those women have moved on from She Brews, but remain employed. 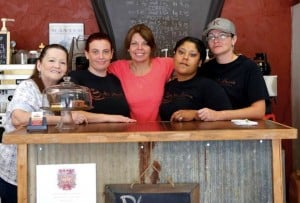 Rogers State University has partnered with the coffee shop, and has offered 4-year college degrees to all of the women who work at the business. For most, higher education is something they’ve never dreamed was possible.

RELATED: An inmate saved in prison offers to be a donor for the judge who sentenced him

And Rhonda gives God all the glory.

And if there’s one thing to take away from Rhonda’s incredible story, it’s that it’s never too late to seek out the Almighty Savior and Lover of our souls. Our God is the God of second chances. 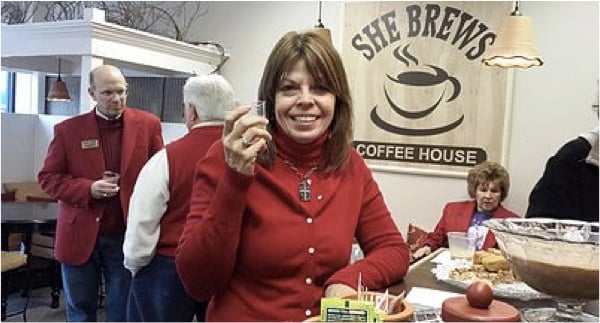 And take it from Rhonda, a former inmate, drug dealer, addict and estranged mother. She says,

“Second chances do make a difference in a life. People do change. They can. They can."

Find out the amazing secret that these 9 grannies have shared for 35 years! 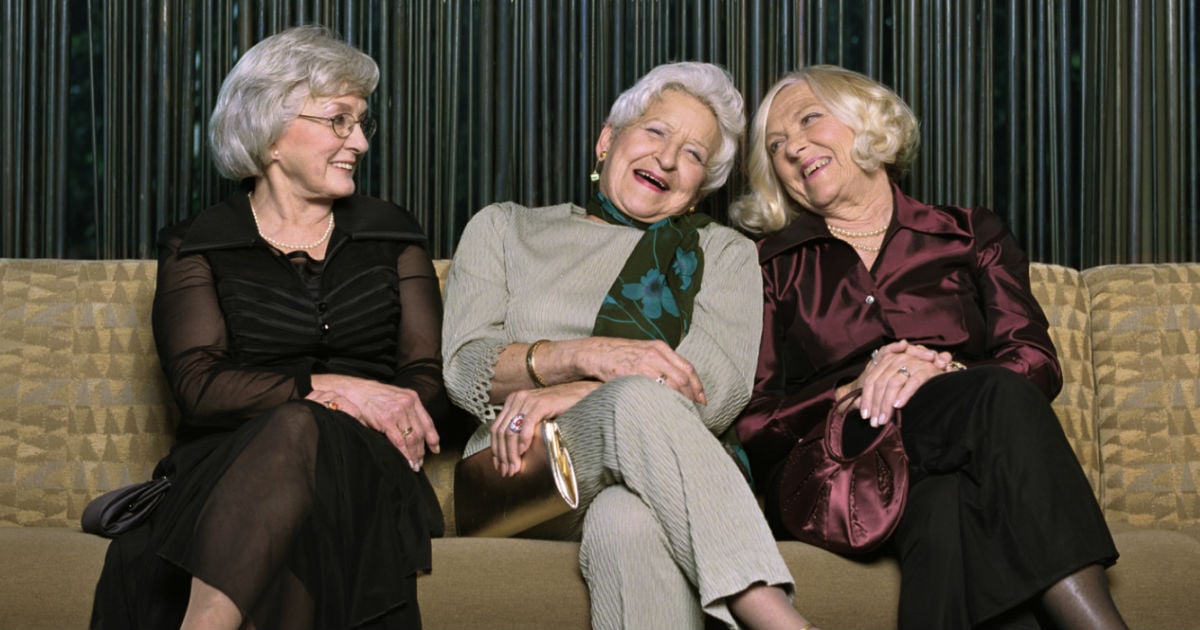