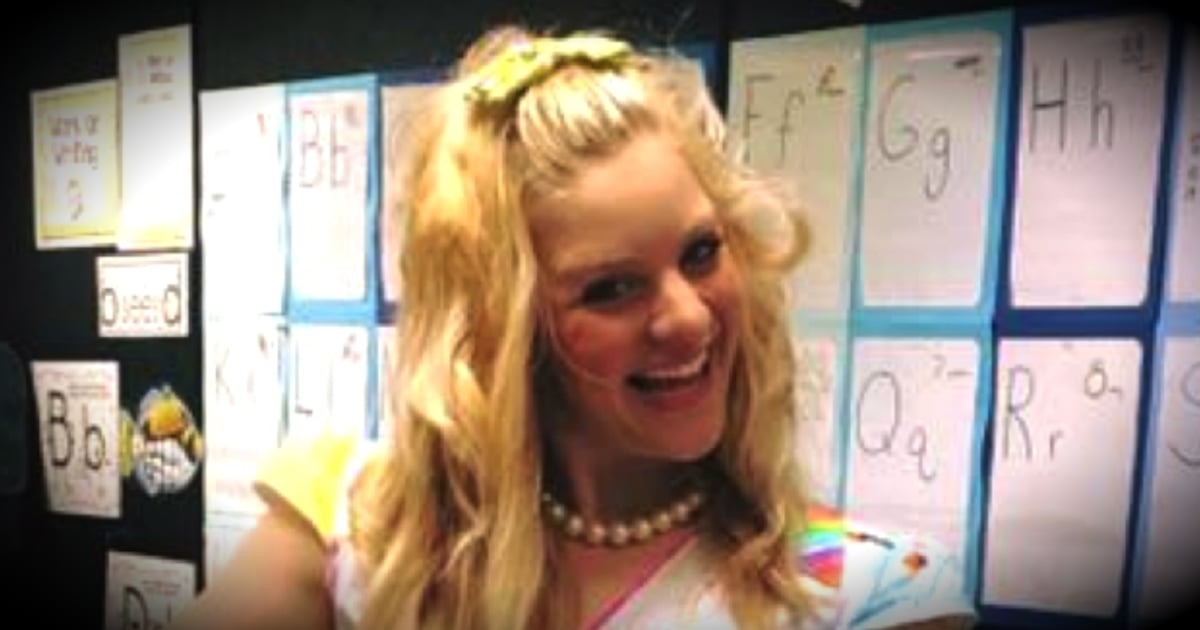 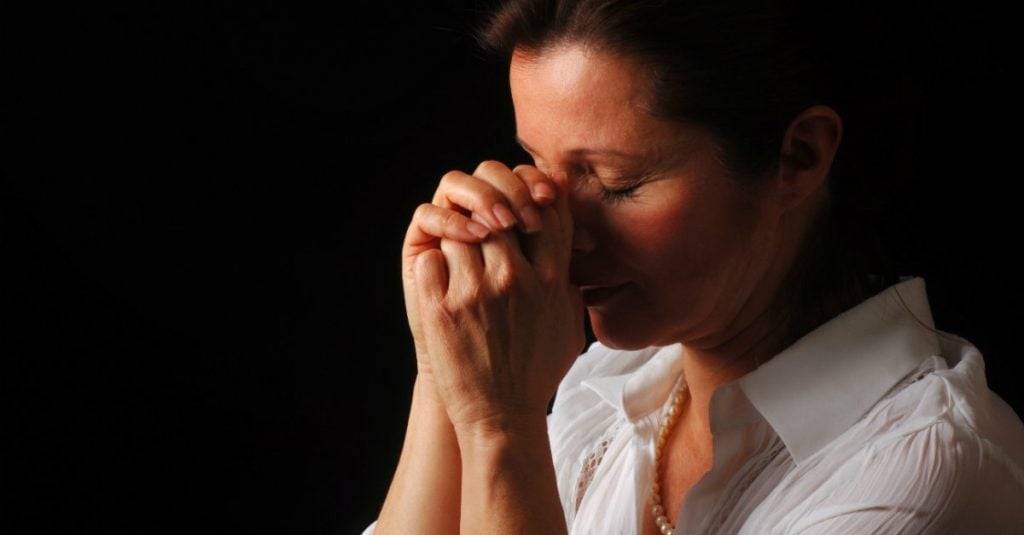 This post is adapted from Seasons of Waiting: Walking by Faith When Dreams Are Delayed by Betsy Childs Howard.

Susan remembers her firstborn son Martin as a delightful little boy. He was tenderhearted and funny, and he loved his little sister. When Martin was nine, his dad left. While Susan knows this deeply wounded her son, he never talked about it much or acknowledged it bothered him. Martin continued to be a good kid and a good student into his teen years. He went off to college and was accepted to law school. Susan noticed he seemed to be struggling a bit in his senior year of college, but she told herself not to worry.

During Martin's first semester of graduate school, his life started to fall apart. Susan found marijuana in his room. While the discovery was devastating, she told herself, "Now I've caught him, and he'll quit." Martin didn't quit, and he had to drop out of graduate school. He spiraled down as drug addiction gripped him and became the driving force of his life.

Susan was devastated. She couldn't understand why this was happening to her precious son. She questioned why other parents' children turned out fine. This wasn't supposed to happen to her family! The pain of watching her son destroy himself consumed her. She thought about him all the time.

As Martin continued on for years in the throes of addiction, Susan cycled through different phases of grief and emotion. At times she would distance herself from him. She'd back off and try not to think about it or find out what was happening with him. She would bury her pain. For years she wrestled with God, asking him why he had allowed this to happen to her son. One day when she was praying, she finally understood the answer to her question. Martin's life of addiction was no surprise to God, and he had sovereignly chosen Susan to be his mother.

This realization reoriented Susan's thinking. It allowed her to see Martin not as a problem to be solved but as someone God had entrusted to her to love no matter what.

It's not hard to understand how a parent's love for a prodigal child can be a kingdom parable because that's the point of the most famous parable Jesus ever told. In Luke 15, Jesus tells the story of a wealthy man with two sons. One requests his inheritance early, leaves home, and lives like there's no tomorrow. His profligate lifestyle comes to an end when he runs out of money and hits rock bottom. He hires himself out to a pig farmer, but he's so hungry even the pigs' food looks good to him.

When he comes to his senses, he realizes that if he's going to be a servant, he might as well be a servant in his father's house where the hired hands are well fed. We don't know whether he has repented or regrets the pain he's given to his father. But we do know that his father embraced him before he could get a word out of his mouth. He isn't made a servant, but instead he's celebrated as if he is a returning war hero. The father wants all around him to share his joy, proclaiming, "For this my son was dead, and is alive again; he was lost, and is found" (Luke 15:24).

Jesus told this parable, along with the story of the lost sheep and the lost coin, in response to Pharisees who chided him for eating with sinners. The father in the story didn't care that his son had nothing to show for his inheritance or that he had been hanging around with (unclean) swine. He had his son back. Jesus ate with sinners because they are the prodigal sons and daughters of God. They don't deserve a place at the table, but God offers them one because he loves them. We don't deserve a place at the table, but he gives us one because he loves us. He's our father.

There's another parable of a prodigal in the Bible. It isn't told by Jesus; instead it was lived in real life by the prophet Hosea. God told Hosea to marry a prostitute. He took her away from the men who had bought her, gave her a home, and had children by her. She didn't stay with him, but instead ran away to her old life, the life he had rescued her from.

God wouldn't let Hosea let his wife go. He directed him to go and buy her back. Only think of how painful it must have been for a husband whose wife has run away from his loving provision to have to purchase her from another man. But Hosea did it because God has done that for us. Though she had not loved him, he loved her.

Through Hosea's story, God sent a powerful message to his people. Though they had served other gods and run away from his love, he wasn't through with them. He loved them and would redeem them so they could come back into the safety of his love. He said, "I will heal their apostasy; I will love them freely, for my anger has turned from them" (Hos. 14:4).

Related: I've Heard This Story Hundreds Of Times. But Seeing It Like THIS Had Me On My Knees

Tragically, husbands and wives still live out this painful parable today. Lynn and her husband had been married for twelve years when she started to realize that there was something really wrong with her marriage. She didn't suspect an affair at first because she couldn't believe that her husband, a professing Christian, would violate his marriage vows. He was a doctor and often worked late, but one Christmas Eve, he didn't come home at all.

That Christmas was the start of years of unfaithfulness, separations, and attempts at reconciliation. Lynn's husband would lie about his affairs, making it nearly impossible to tell when, if ever, his repentance was genuine. Lynn vividly remembers sitting with him at a coffee shop where he asked her to forgive him for his infidelity, all the while she knew that his plan after leaving the coffee shop was to go and sleep with another woman.

Lynn prayed for her husband to repent. They went through hundreds of hours of counseling sessions together. She could have divorced him early on, but her heart's desire was for their relationship to be restored and their family made whole. She didn't just want him to stop having affairs and start living an upright life. She longed to know his heart, but he didn't want to be known. Instead, he betrayed her again and again.

If you have been forsaken by your spouse or your spouse has forsaken God, like Lynn, you know something of the pain Hosea experienced. And you know something of the pain God experiences each time one of his children forsakes his steadfast love for some fleeting pleasure the world can offer. He isn't just looking for good behavior; he's looking for intimacy with us.

When Satan goes after our family, he also goes after us. He loves to kill two birds with one stone. When your child or your spouse is caught up in sin or unbelief, it is highly tempting to make that person the center of your faith. Your spiritual walk can become not about your salvation through faith in Christ, but a desperate campaign to save the prodigal you love. As time goes on, if you don't see an answer to your prayers for your prodigal, you may be tempted to doubt.

Conversely, you may be tempted to harden your heart as did the elder brother in the parable of the prodigal. Even as you pray for your prodigal to repent, you may find yourself comparing your own life path and feeling pretty pleased with yourself. You may find yourself thinking, "I would never do what he has done," even though you might not say it out loud. Beware self-righteousness. It is just as destructive to the soul as promiscuity, and far more deceptive.

When Satan attacks someone you love, he attempts to attack your faith at the same time, either by doubt or by pride. You don't have to fall victim to his scheme. By God's grace, waiting on a prodigal can actually strengthen your faith.

Lynn had a turning point when she started attending a church that emphasized the sovereignty of God. "I remember many times thinking, if God wanted things to be different in our marriage, he could change it in a heartbeat. But he wasn't choosing to do that." Rather than making her bitter toward God, this recognition brought her comfort. It helped her realize that even her husband's unfaithfulness was something God could use for good in her life.

The very best thing you could do for the prodigal in your life is to grow in your own faith. He or she needs you to be a prayer warrior, and warriors need good nourishment. If you pursue God with all your heart, soul, and strength while you wait on your prodigal's return, one of Satan's favorite strategies will be thwarted.

A Parable of God's Love

The pain over the broken relationship with the prodigal in your life will give you a glimpse into the sorrow God feels when we run from him. The lengths to which you would go to restore your prodigal reflects the perseverance of the Good Shepherd who goes out in search of his sheep. By watching and waiting for your prodigal's return, you are living a parable of God's undeserved love for us.

But while your grief is a powerful picture of God's grief over the lost, your love, as strong as it may be, is an imperfect reflection of his. As sinful human beings, our love is too often laced with pride and selfishness. Maybe you are furious at your prodigal for destroying your reputation. Maybe there are times when you want him to suffer for what he's done to you.

If you find yourself responding sinfully to your prodigal, let that sin send you running to your Father. Even as you live the role of the parent or spouse of a prodigal, we must remember that in relation to God, we are all prodigal sons and daughters. He is just as willing to forgive you for imperfectly loving your prodigal as the father was to forgive his son for squandering his inheritance.

Nothing better illustrates God's grace than his love for prodigals. They don't work their way back into his favor. He doesn't wait for them to clean up before he lets them into his presence; he washes their feet and gives them clean clothes to wear.

If you love a prodigal, you are a living embodiment of God's love for the lost. The prodigal may have done everything possible to destroy your trust and good will, but you love him anyway. You don't love him because he deserves it, but because he is yours. And that is how God loves you.

Betsy Childs Howard is an editor for the Gospel Coalition. She previously worked at Beeson Divinity School and Ravi Zacharias International Ministries. In addition to being a regular contributor to the Gospel Coalition website and First Things, she is the author of Seasons of Waiting: Walking by Faith When Dreams Are Delayed.

I Thought I Was TOO BUSY TO READ THIS STORY, But Now That I Did I'm Changing My Plans. 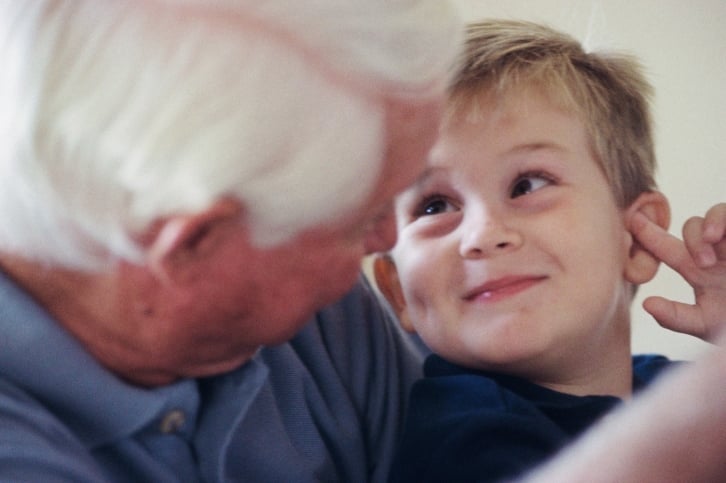