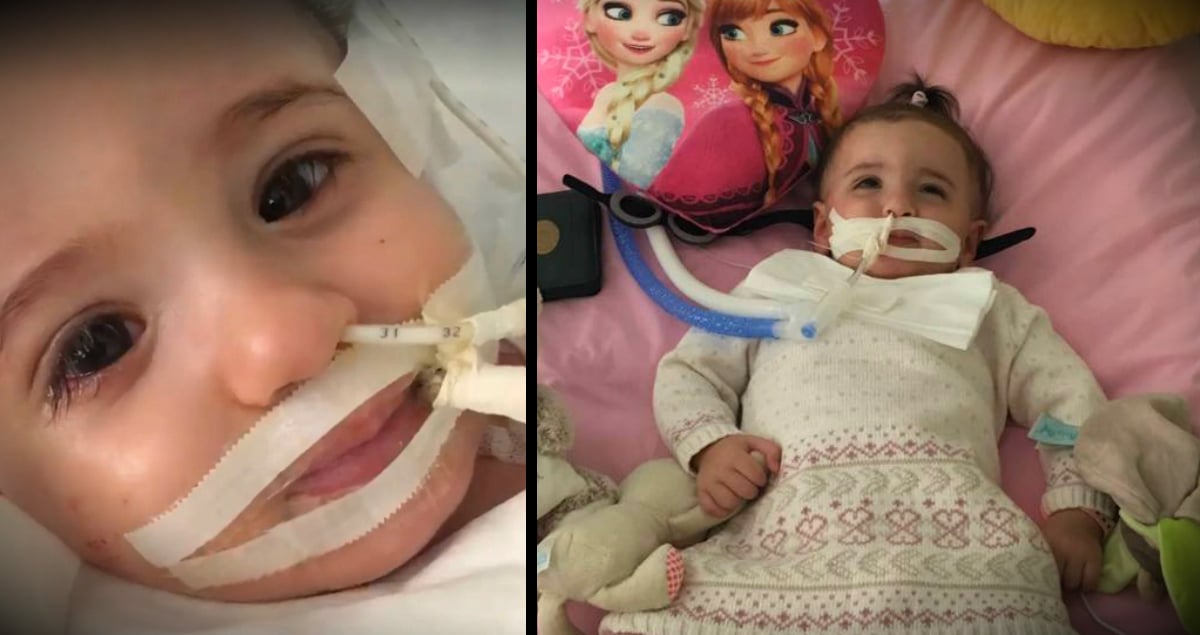 Late one evening, a truck pulled up to an animal shelter so that two men could dispose of something. That “something” was poor Rosalie. The severely neglected dog thrown from a truck was in terrible shape. Whether she lived or died was of no concern to the men. They just wanted to get rid of her. But thankfully, God had other plans for this sweet girl!

Caught In The Act

The men thought they’d go unnoticed. But one of the workers at the shelter came running out of the front door, yelling at the men to stop. When his eyes fell upon the poor, neglected dog thrown from a truck, his heart broke. He demanded an explanation from the men. And their story was just as pathetic as poor Rosalie’s appearance.

RELATED: Stray Dog With Face Of Stone Is Utterly Transformed By Love

The men came from a factory that was closing down. For four long, torturous years, Rosalie had been tethered to a kennel in the corner of the factory yard. They kept her as a “guard dog,” but now that the factory was closing, they could no longer “care” for her.

But seeing Rosalie’s horrific state, it’s clear she’d never been “cared for” in any sense of the word. She’d been a prisoner, just waiting to die.

Miraculous Recovery For Neglected Dog Thrown From A Truck

Thankfully, God had other plans. The shelter took Rosalie in and worked tirelessly to heal her — not just physically, but emotionally as well. A representative from the shelter, He’Art of Rescue in Turkey, recalled Rosalie’s difficult start to recovery: 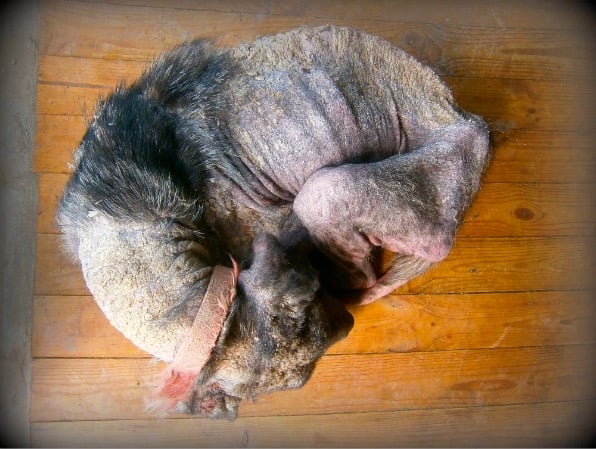 “When I first saw Rosalie, curled upon herself in the corner of her cage, I could not believe my eyes. What I was contemplating was no longer a dog in the sense we use it. She was a naked skeleton of purple color with some fur here and there. The rabid smell of mange could be touched in the air around her. The disease had left itchy wounds almost everywhere in her body.”

Slowly, Rosalie learned what it was to be loved. She grew stronger, healthier. . . happier. Until, after a year and a half, she barely resembled the neglected dog thrown from a truck.

She was ready, at last, for “her happily ever after.” A loving family adopted Rosalie and took her home with them to Holland.

Rosalie’s transformation is incredible. But not just in appearance. A spirit that was once broken is now whole and vibrant. Her eyes, which once reflected only pain and suffering, now shine bright with joy! 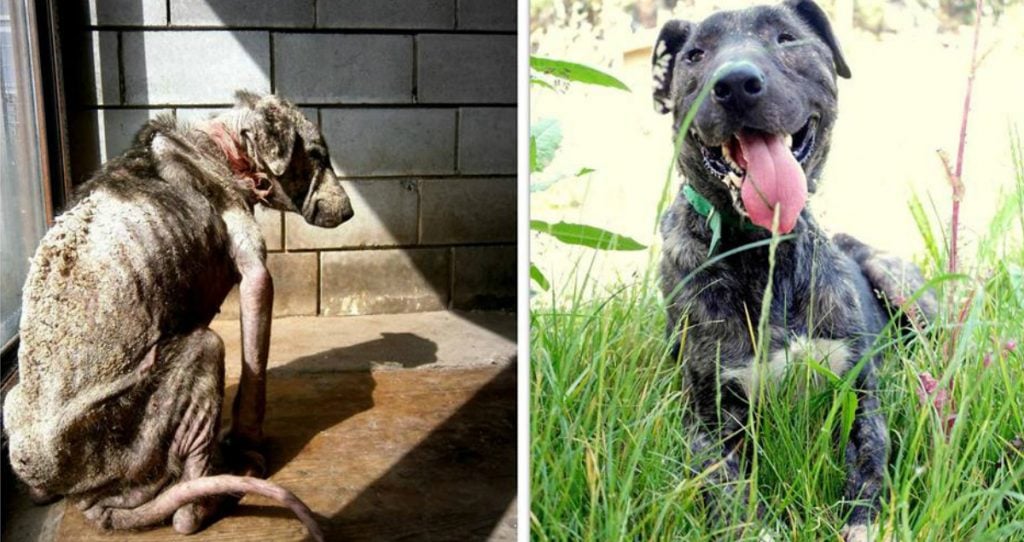 This is the power of love.

“And above all things be earnest in your love among yourselves, for love covers a multitude of sins.” 1 Peter 4:8