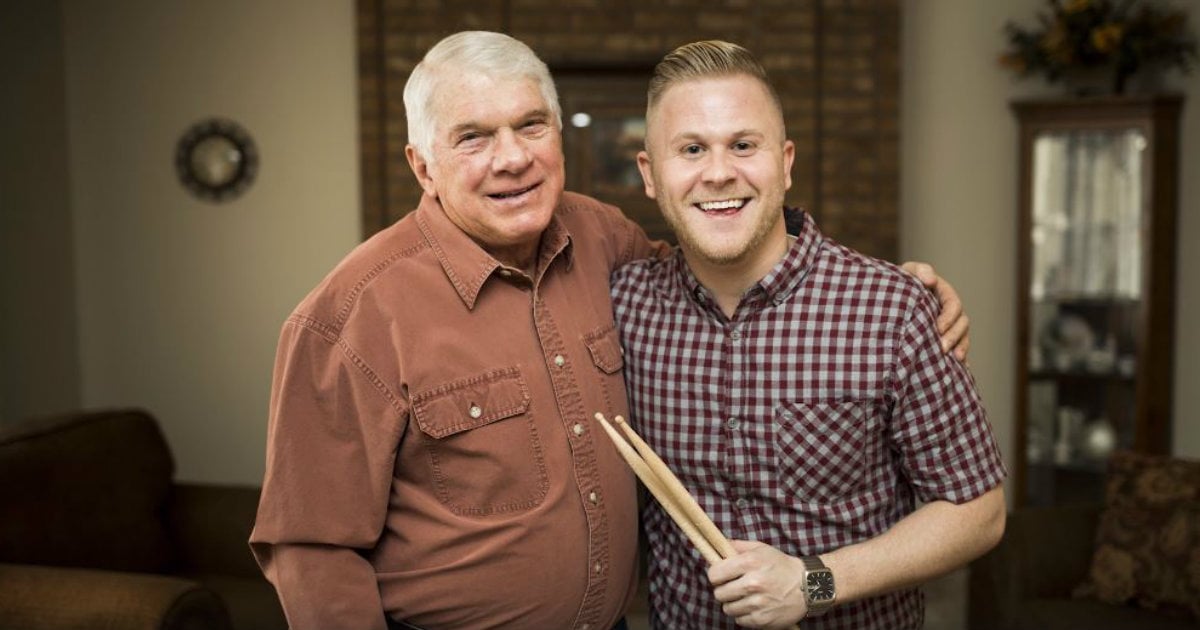 Rachel Muniz and her husband were struggling like so many with fertility problems.

In the midst of their frustration and stress, the couple decided to adopt a dog. Rachel knew as soon as she saw Apollo that he was the dog for her. She felt instantly connected with the dog.

"Apollo was there for me when I had my lows of lows," Rachel says

Apollo stepped in instantly as a therapy dog for Rachel. When she was feeling at her absolute worst, he was there to comfort her. She felt that he seemed to know what she was going through.

Then one day, Apollo had an unusual reaction. Without warning, he came to Rachel and rested his muzzle on her abdomen. Gently he sat there watching her without moving.

It was such odd behavior that Rachel took photos of the moment. He was so caring and seemed so intent to be with her. Apollo had never done this before and remained in the position for quite a while.

Rachel began to think that he was trying to tell her something, but she didn’t know what it could be.

Did Apollo Sense An End To Their Fertility Problems

Three weeks later, Rachel and her husband found out she was pregnant. Nine months later they were holding their healthy baby boy, Donovan. Rachel knew, looking back on the situation, that Apollo sensed something and seemed to know she was pregnant.

Veterinarians say that Apollo was probably draw to the baby’s heart beat.

Apollo’s caring attitude didn’t stop with Rachel. He quickly took up the responsibility of looking after “his” new baby as well.

"when that baby came home, I'd never seen Apollo so gentle," Rachel recalled.

Apollo is described by Rachel as an active dog, who loves to play, run, and jump. But the dog seemed to know instantly that he had to be very calm around Donovan. Now that Donovan is older, the two are inseparable.

Rachel and the family are blessed to have Apollo in their lives.

YOU MAY ALSO LIKE: Rescue Dog Risks Life Dragging Woman Out Of Blazing House Fire