It started as a quick trip to the grocery store for Vivienne Wardrop and her 10-month-old son, Logan. But just 24 hours later, Logan was so sick his worried mom rushed him to the hospital. For more than a week, the poor boy battled several serious illnesses, including meningitis. After careful review of Logan’s activities, doctors suspect the grocery store shopping cart is most likely what got him sick. And after the harrowing ordeal, Vivienne is urging others to always sanitize shopping carts before putting their children inside!

Sick The Next Day

Just 24 hours after Vivienne and Logan made their stop at the grocery store, Logan started vomiting. Additionally, he had a high fever and severe diarrhea.

His symptoms only worsened throughout the day, so Vivienne took him to his pediatrician. The doctor sent her back home, saying it was just a virus.

But by the next day, Logan was just as sick and was now suffering from dehydration. This time, Vivienne took him straight to the hospital. And it was just in time.

The poor boy, who lives in Australia, spent the next 10 days in the hospital. The first eight days were in the intensive care unit. It was a terrifying time for his family.

“We were scared we were going to lose. It didn’t seem like [the doctors] were able to get him under control because they didn’t know what was wrong with him,” Vivienne explained.

The doctors finally diagnosed Logan with several serious illnesses — adenovirus, rotavirus, salmonella and meningitis. The poor thing had literally been fighting for his life!

“I’d never seen a child this sick, I have five children,” Vivienne said. “Even talking about it now makes me want to cry.”

RELATED: A mom warns others of potential sex trafficking scam after a terrifying encounter when grocery shopping with her 2-year-old

Thankfully, by God’s grace and with the careful attention from medical staff, Logan is doing much better and is back home with his loving family. But doctors told Vivienne it’s very unusual for a child to get sick with so many viruses all at once. So, they started questioning Vivienne about where Logan had been.

“We spoke [with doctors] about who had been around, if they had been sick, where we had been, what he had eaten. We hadn’t been out of in the house in a week,” his mother, who lives in Australia, said.

The doctors did not suspect food as a cause of the illness because Logan had only been eating formula before becoming so ill. And given that he’d barely left the house prior to getting sick, they narrowed down to the grocery store shopping cart as being the most likely site for exposure to that many viruses at once.

Getting The Word Out

Vivienne agreed that the shopping cart was the most probable culprit. And she just knew she had to warn other parents to be sure they were sanitizing or putting down a blanket before placing any child in a cart. So, she shared Logan’s story on Facebook, which has been shared more than 7,000 times. 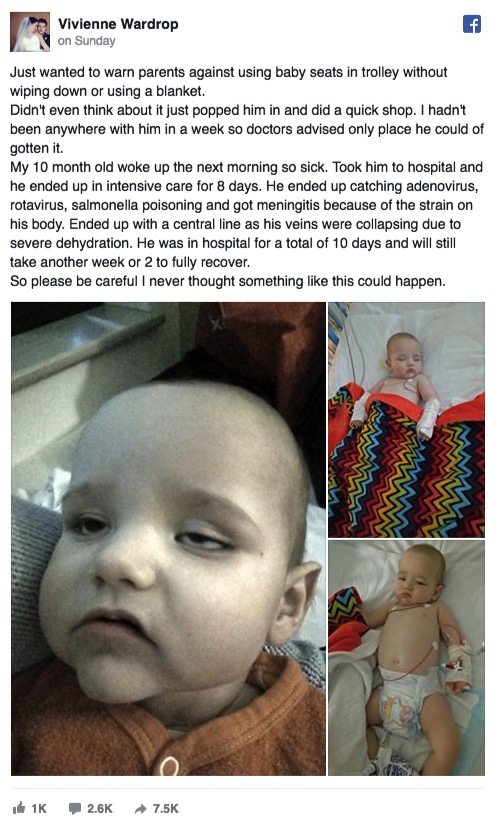 We’re so thankful that Logan is on the mend, and pray that his story will help prevent other kids from getting sick.

Be sure to share this story with all you know so other parents can be mindful of this when shopping!

This car remote warning is something everyone should hear! 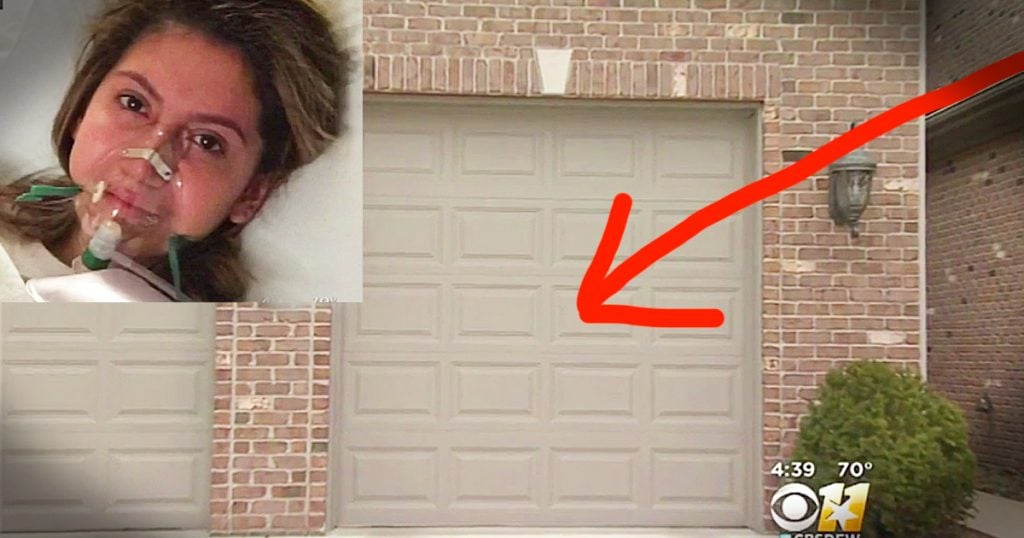