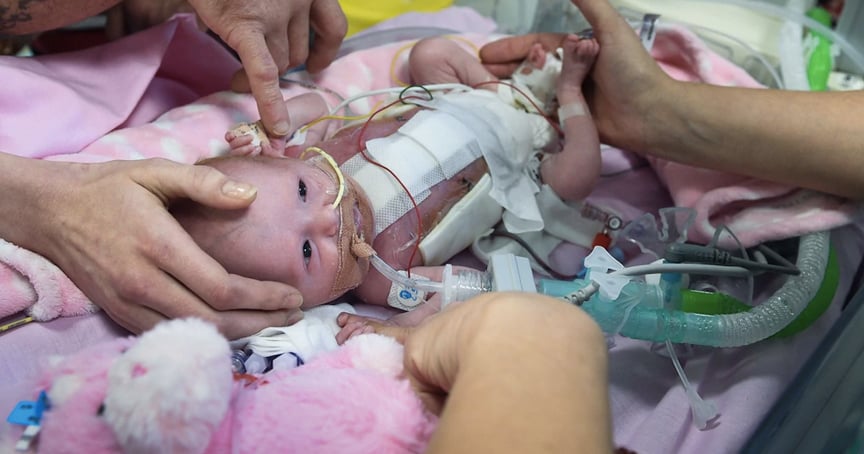 These middle school sweethearts welcomed healthy sextuplets to their family after years of infertility struggles and miscarriages.

Eric and Courtney Waldrop recently welcomed six new babies into their lives. The Alabama couple always knew they wanted a big family, but the path there was not easy or expected.

"It was devastating because I can get pregnant so easily, I just can't hold on to them," Courtney shared.

The couple welcomed their first son in 2004. Then after miscarriages and infertility treatments the family was blessed with twin boys in 2008.

RELATED: After 20 Years Of Barrenness, God Blesses Couple 4 Times Over

After many heartbreaking miscarriages, the couple continued to hope and pray for another child. When they learned that the latest round of infertility treatments seemed to have been successful, their joy quickly changed to complete shock. Courtney was not only pregnant but carrying SIX babies!

"I was scared to death," Courtney, a first-grade teacher told PEOPLE. "I'm a smaller framed girl, and my first thoughts were on how I was going to successfully get six kids here without something happening to them or me. There was a lot of fear. We didn't know what to do or think." 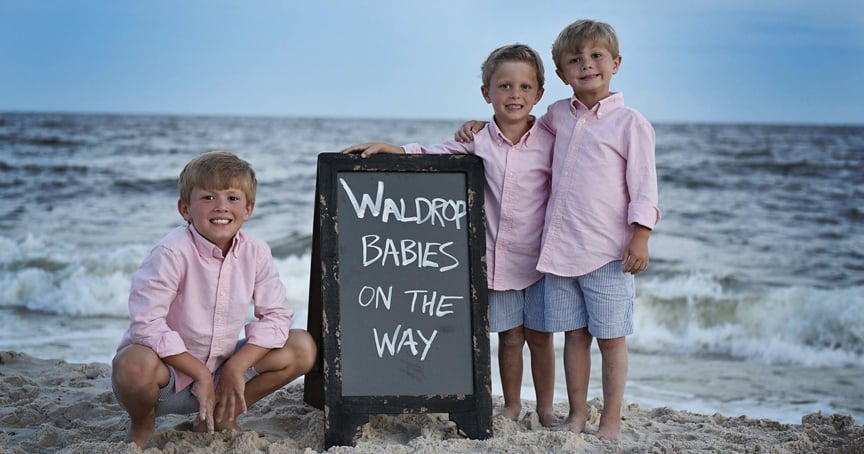 As news of their pregnancy got out, the couple quickly found themselves surrounded by a supportive community all hoping for the best. Expecting sextuplets also meant that the couple found themselves in the headlines. Now, it wasn’t just close friends and family rooting for them, but complete strangers as well.

"Just imagine the news you're going to have six babies," Eric said.

Knowing that she had struggled with miscarriages made emotions run high for Eric and Courtney.

"It's been an incredible journey filled with all emotions - fears, excitements, worry, happiness - everything," she said. "There is just a lot of uncertainty that we won't be able to clear until they get here."

But the couple had faith and knew that God had a plan for their lives.

"When we finally got far enough along to see the heartbeats, that's when it all changed,” Eric added, “We turned it over to God and we realized he was going to get us through it."

They started a Facebook Page, “God’s Divine Nine“, where they could quickly update everyone on their progress.

“I’m reminded each week when we see them on ultrasound that their lives are truly a miracle. Just praying they will continue grow like they are doing now and that I can hold onto them long enough for them to be healthy.” Courtney posted after her 11-week check up.

In August, the community gathered to learn the gender of the Waldrop 6 in a 5K run gender-reveal party!

As they grew nearer the due date, Courtney continued to share with the Facebook community about her faith through the process of growing sextuplets. She relied heavily on her faith and believed that God has a plan for their family.

“In the beginning we did not know if my body could handle carrying 6 babies but God has proved to me that it does not matter what I thought I could do it only matters what HE can do. And He has blessed us in more ways than one. We are praying that I hang in there several more weeks and when these 6 little miracles enter the world they will be a shining light for God’s Glory.”

Even though it seemed all was going well with the pregnancy, there continued to be concerns that Courtney could carry them to term. Doctors placed her on bedrest in hopes of slowing the progression down.

A team of 40 doctors, nurses, and hospital staff participated in regular drills to prepare for the birth of the sextuplets. These would be the first sextuplets born at the Huntsville, Alabama hospital.

Then the Facebook post came that everyone had been waiting to see. The Waldrop family welcomed three boys and three girls, taking their brood from 3 to 9! Courtney had successfully carried the babies to their 30 week goal.

Since having the sextuplets, Courtney continued to undergo treatment for a very fatigued body.

‘My body is in complete shock after growing six babies,’ she wrote.

But the Waldrop sweethearts couldn’t be happier with their little miracles. Although premature, the babies are doing well and continue to grow stronger each day. Courtney posted an update on Christmas Day:

“Our 6 Christmas miracles!!🙏🎄🙏 Happy Birthday sweet Lord and Savior!! You have blessed us with 6 sweet little angels from Heaven!! Such a wonderful Christmas!!❤️🎁❤️ Thank you beyond measure for all the continued prayers!! God has truly had his had on all of us since day one. The babies are doing great!! 2 weeks old today. Please pray that they will continue progressing and growing each day”

YOU MAY ALSO LIKE: Couple Battles Infertility, Then Winds Up Conceiving 3 Sets Of Twins