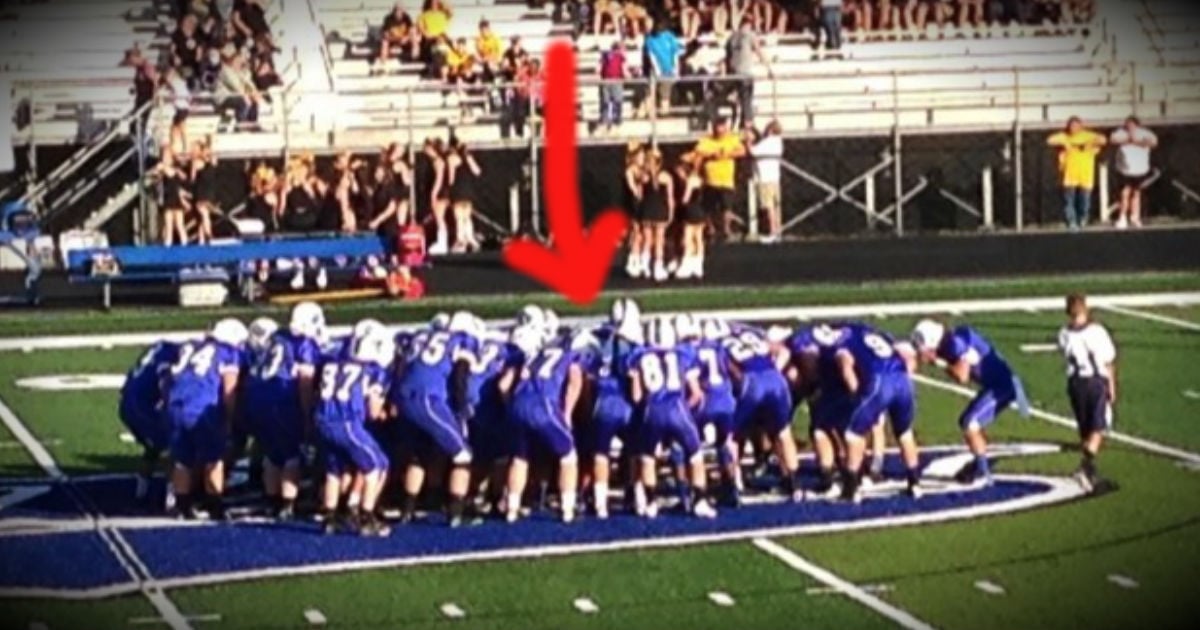 Losing Him Opened Her Eyes And Her Heart

After having four children, Rosalyn and Paul Racca thought their days of dirty diapers and pacifiers were done. But when a positive home pregnancy test alerted the couple that a fifth baby was on the way, they were overjoyed by the pleasant surprise.

All was going well, until a routine check-up at 21-weeks resulted in the tragic discovery that their little boy no longer had a heartbeat.

The family was stunned, since the heartbreaking news came out of nowhere. Their son, whom they'd already named Samuel Tate, or Tate as they would call him, had been healthy and completely active at all other visits. So, it was devastating to learn that somewhere along the lines he had passed away.

Rosalyn was brought in to deliver Tate the very next day. He weighed 9 ounces and was 9 inches long. He was perfect. He was their son. And so, they did what most parents do after the birth of a baby — what they had done when their other 4 children were born — they took pictures of their little "Tater Tot." Having these photographs was very important to Rosalyn.

Not wanting to offend anyone, Rosalyn carefully selected a few black and white photos of Tate's hands and feet and posted them on her Facebook page. Though the outcome was tragic, it was cathartic to this grieving mom to commemorate his birth.

So when the 1 year anniversary of Tate's birth came around, Rosalyn wanted to again create a post honoring his memory. But this time, she wanted to incorporate some of the other photos of him that they had. Taking care again not to offend anyone, Rosalyn posted a status update the day before the anniversary, warning friends that she planned to post pictures of Tate the following day.

The day of the anniversary was more difficult than Rosalyn could imagine. Instead of just the black and white pictures of his little hands and feet, this time Rosalyn wanted to incorporate some of the color photos. As she explains in a post from that day, "I wanted to sit down and open up about Tate. But how could I ever sum up his life in a FB post?!?" So she posted the pictures that told the family's journey — ones that showed little Tate for who he was and just how much he had meant to the family.

So Rosalyn was shocked when she received a notice from Facebook that her photos has been reported as "graphically violent."

It was suggested that she either delete the pictures or make them private. But for this mom, neither was an option.

Though his life was over before she'd ever gotten a chance to hold him, Tate was still her son. His life, no matter how short, still had value. And therefore, Rosalyn felt as though she should be able to put up the pictures she held dear. And so, she put up another tribute on her Facebook wall with more pictures. In the post, Rosalyn writes,

"He was a miracle. And I won't hide him. 9 inches and 9 ounces of perfection."

And Rosalyn was not alone. As word spread about her being reported to Facebook, others joined her cause. Rosalyn says,

"I did have a lot of friends rally around me and they said, ‘Look, I’m gonna share it and my friends are going to share it and let’s see Facebook try to take all of these pictures down.'”

The photos still remain on Rosalyn's page, and Facebook did ultimately rule that she was not in violation of any of the site's rules and regulations. The mom says,

"The whole reason I was sharing this was to celebrate his life and he was my son. That’s all I see when I look at his pictures, I don’t see something barbaric or graphic.”

And Tate's tiny life indeed had a very big purpose. Rosalyn says on her Facebook page that Tate opened a piece of her heart that ached for another child — a prospect she had previously closed off for personal reasons. And through the experience of losing her son, she and her husband opened their hearts to the prospect of adoption through foster care.

Since Tate's passing, the family has already helped two babies transition back to their biological families. They now are foster parents to a 5-month old boy who they hope to adopt. And Rosalyn is giving all of the glory to God! She says,

"Thank you, sweet Heavenly Father, for the time we had with our precious son, and thank you for trusting us with this calling."

To see a touching moment for a daughter who lost her father, click here!