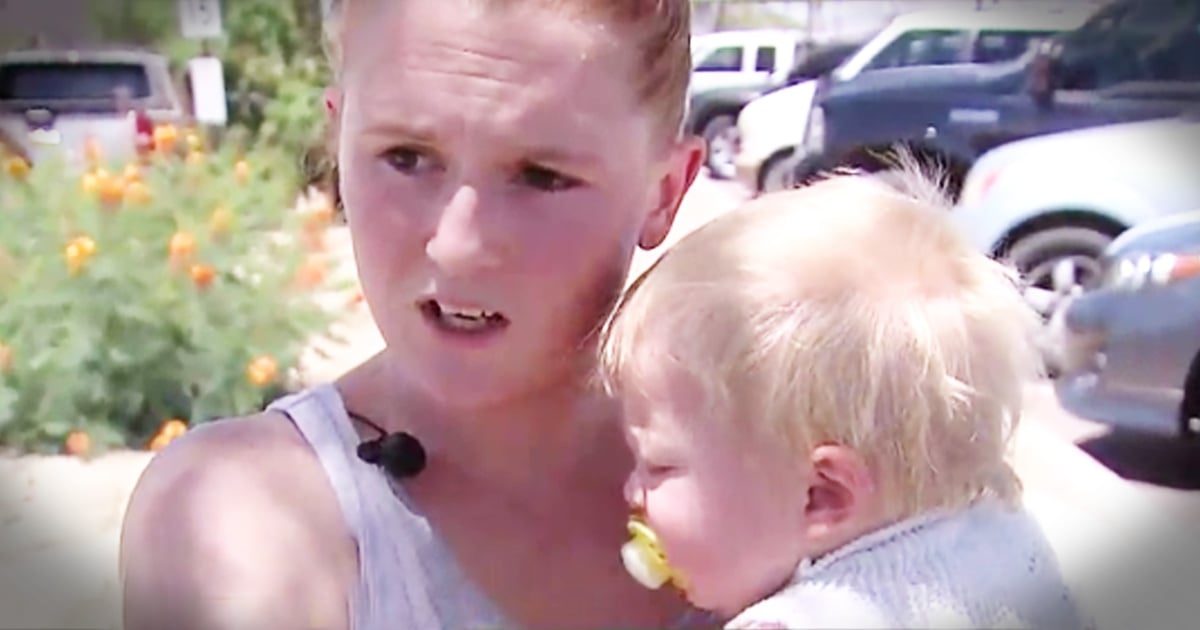 Warning: Never Leave Your Baby Sleeping In This

When Ali Dodd dropped off her 11-week-old son, Shepard, at daycare, she kissed him goodbye. She had no idea it was for the last time. But after the daycare left the baby sleeping for nap time, Ali received a panicked phone call reporting that her son wasn’t breathing. And what led to his death is a danger every parent needs to hear! 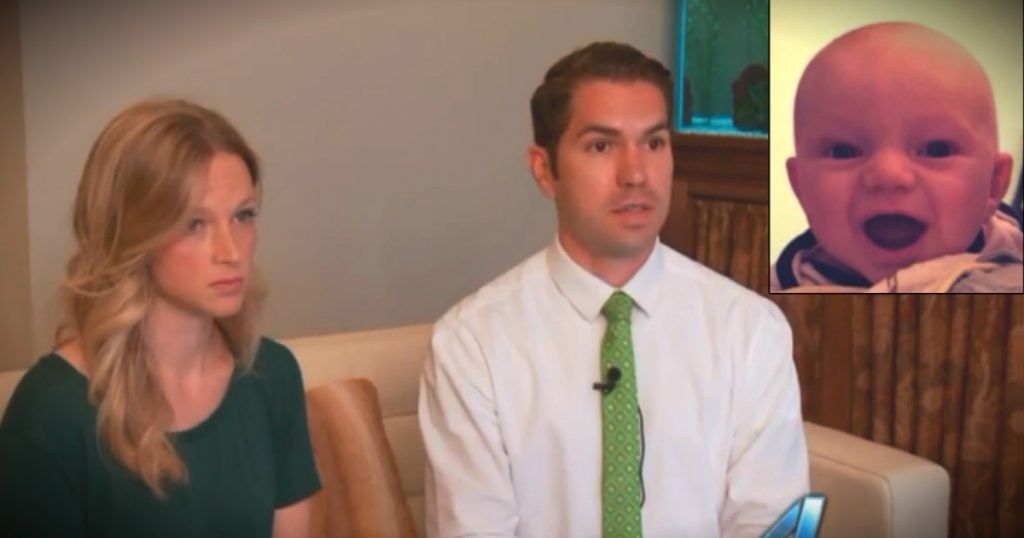 Their baby was gone so soon that the heartbroken parents have only one family photo that includes both Shepard and their older son, Presley. 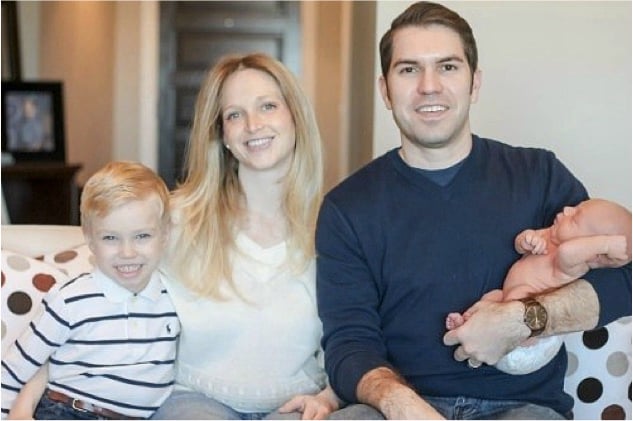 And what’s so tragic about his death is that the daycare could have easily avoided it.

RELATED: A grieving mom is warning everyone of how a kiss killed her baby

When the time came, a daycare employee got little Shepard ready for nap by swaddling him. But then she put him in his car seat instead of a crib. To make matters worse, she put him in a separate room by himself. She left the baby sleeping in a car seat all alone for nearly two hours.

By the time the employee came back to check on him, he was already blue. She called 911 and also tried doing CPR, but it was already too late to save little Shepard.

"What happened is he wiggled down and it cut off his airway. He wasn't able to breathe," said Derek, the baby boy’s devastated father. "We don't know why she made that decision." 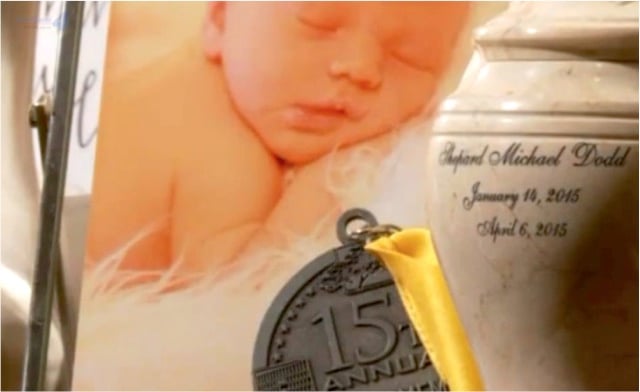 The Cause Is More Common Than You May Realize

The cause of his death was "positional asphyxiation." It happens far more often than most people realize, and it’s not just in car seats. The same can happen to a baby sleeping in a bouncer. That’s exactly how grieving mom, Jennifer Albright, lost her 2-month-old daughter, Emily.

When properly strapped upright into a car seat or bouncer, a baby will do just fine. The danger comes in when an infant is in a slouched position, such as in the image below. 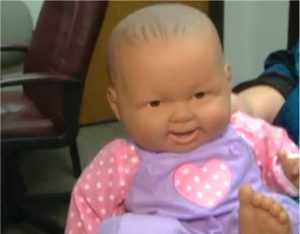 This chin-to-chest angle can block the baby’s airways, drastically reducing the amount of oxygen going into the little one’s lungs. Since a newborn’s neck has not yet developed the muscle strength to move the weight of their head into the correct position, they will suffocate slowly. This is precisely what happened to little Shepard.

RELATED: This mom is warning everyone after her son nearly died from swallowing a button battery

A popular Facebook page dedicated to car seat safety created the following diagram in honor of Shepard, to remind folks of the safe and unsafe positions for a baby in their car seat.

The daycare keeping little Shepard should have known better than to use a car seat during nap time. But some parents may not. That’s why Ali and her husband, Derek, are warning everyone to never leave a baby sleeping in a car seat! They are also pushing for their home state of Oklahoma to improve safety standards at in-home daycares like the one Shepard attended.

Our prayers go out to this grieving family. Please be sure to share this story so everyone can be aware that this danger exists!

This faithful family is truly inspiring after a freak accident nearly killed their son! 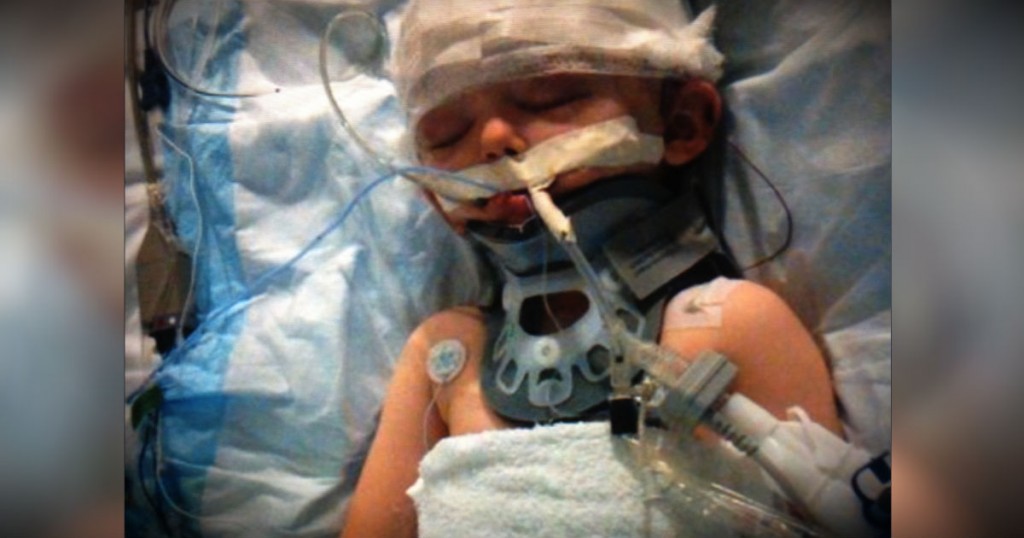