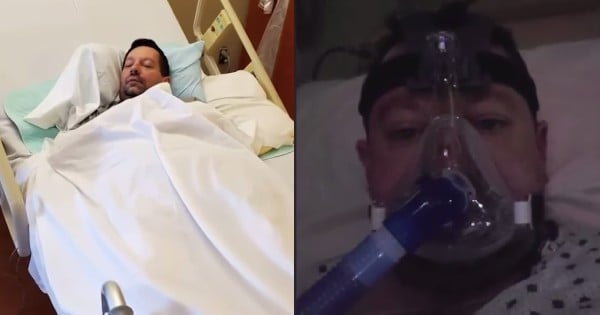 After Months Of Fighting For His Life, Man In A Coma Wakes Up When He Hears His Wife’s Voice
Read Article »

Musician Luke Smallbone of For King & Country revealed the real-life story behind ‘Need You More,' one of the most intimate songs on the band’s new album. It is the story of how he witnessed the lifeless body of his son and how it inspired the popular song.

Parents are overjoyed and humbled when they add to their family with a child. (Even though they know they probably won't sleep for the next six years!) There's the late-night feedings, the diaper changes, a fussy baby who just wants to be held. However, two months into his arrival into Luke's family, Leo Oliver stopped breathing. What was supposed to be a joyous transition of raising a little one turned into a family's worst nightmare.

Luke posted, "…I was mowing the lawn when I heard my wife frantically yelling for me to call 911. I wasn’t immediately sure why until I saw her holding our little boy, Leo, who was very gray and looking lifeless. She felt God impress on her to check on him while he was napping and made the terrifying discovery that is every parent's worst nightmare.”

Thank God, this was not the end of their baby's story. God had other plans! "After many prayers and some CPR, our little boy started to breathe again." While Luke was driving to the hospital, the lyrics and melody of the song came to him.

“I was in the car and I just clicked record and this is what came out,” Luke said. “This song was basically written on a little voice recorder. In a moment which was probably the most intimate, scary, freaked out moment of my life,” he added. “And that song is special to me, whether people resonate with it or not because that was my soul song, in that moment.”

When the unexpected happened, he didn't rage at God, nor did he blame God. Instead, Luke stood on his faith that God is a Mighty God. And He is capable of taking away his son and bringing life back to his son. Luke revealed the cause of the incident. His son would need skull surgery in the near future for an unrelated issue.

“We’re home now. The last 48 hours have been a whirlwind to say the least but your prayers have been heard and answered,” Luke wrote on the band’s Instagram page. “All the tests came back clear and Leo is currently sleeping soundly as I watch over him.”

When you seek God and His goodness, He will hold up to His promises.

YOU MAY ALSO LIKE: A Truly Beautiful ‘I Can Only Imagine' Duet Performed By 2 Teens Gives So Much Hope

"Those who know your name trust you because you have not abandoned any who seek you, Lord." -Psalm 9:10

WATCH: Story of How Luke Smallbone Saw the Lifeless Body of His Son And It Inspired ‘Need You More’