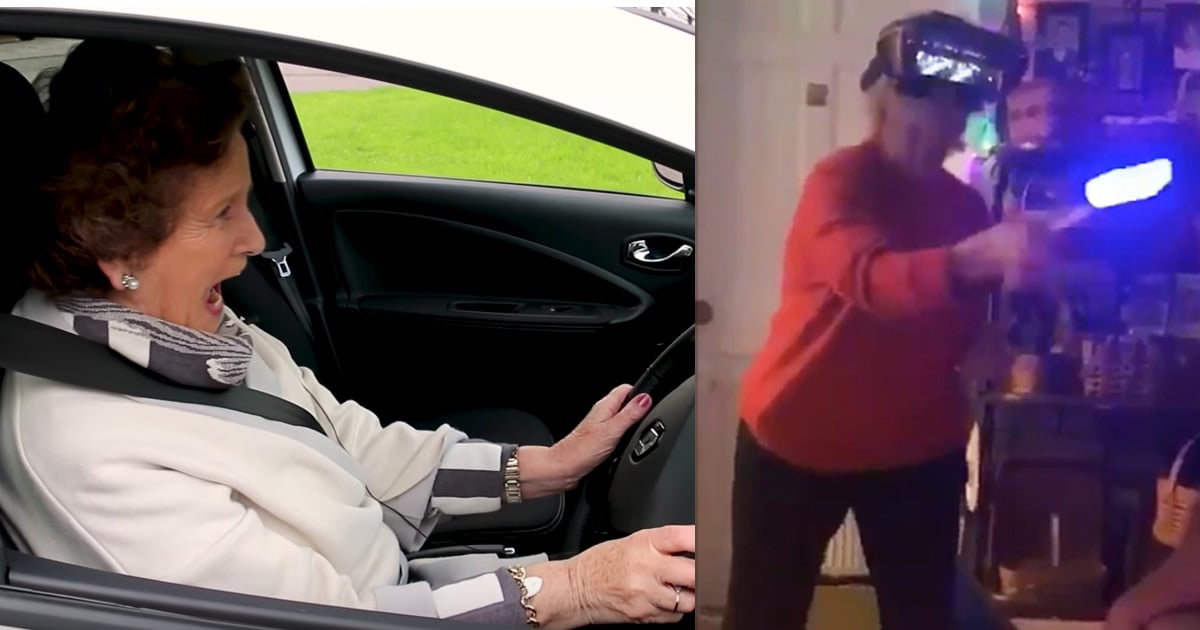 Christmas has come and gone so quickly! Erin had already removed all of the Christmas ornaments and Christmas lights and assigned her husband David the tasks of throwing it out. David grabbed his jacket to get the job done. No one gave Erin a fuss about it. Or so she thought. 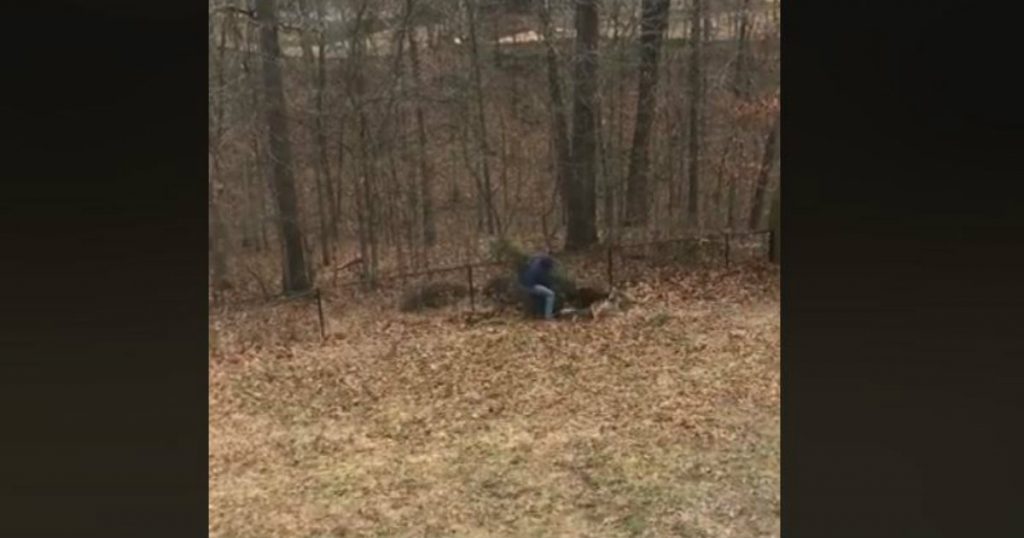 She noticed that it was taking a really long time for David to come back inside. So, she looked out the back window of their house and she could not believe what she saw. There was a battle going on over that Christmas tree!

Their two German Shepherds, Badge and Seagan wanted the Christmas tree. David said that as soon as he got to the bottom of the staircase, the ringleader, Badge went straight for the 8ft tree. And his partner Seagan was not far behind. 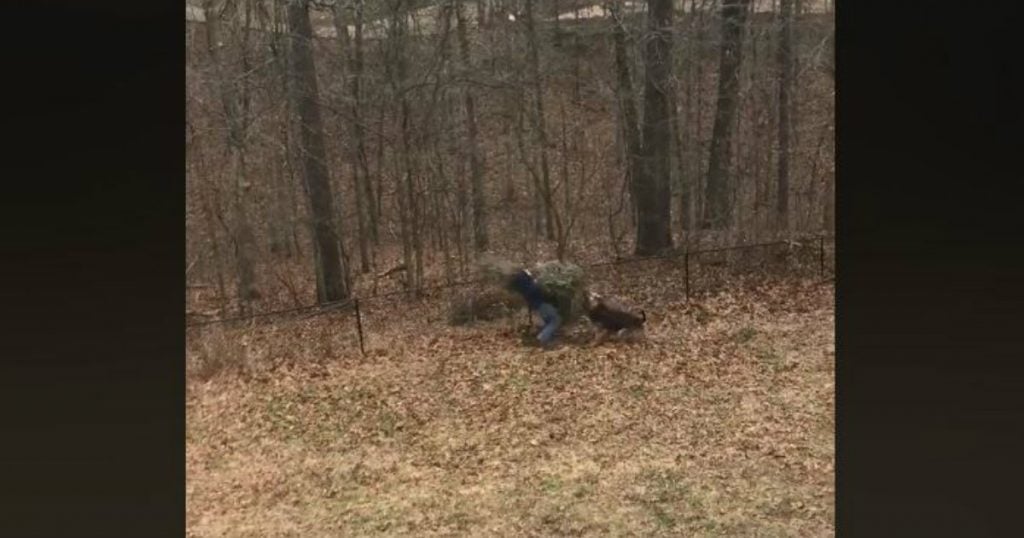 The two of them played tug of war with David over the tree. It seemed like a losing battle for David. With Badge weighing over 100 pounds and Seagan 60, David was knocked to the ground several times. 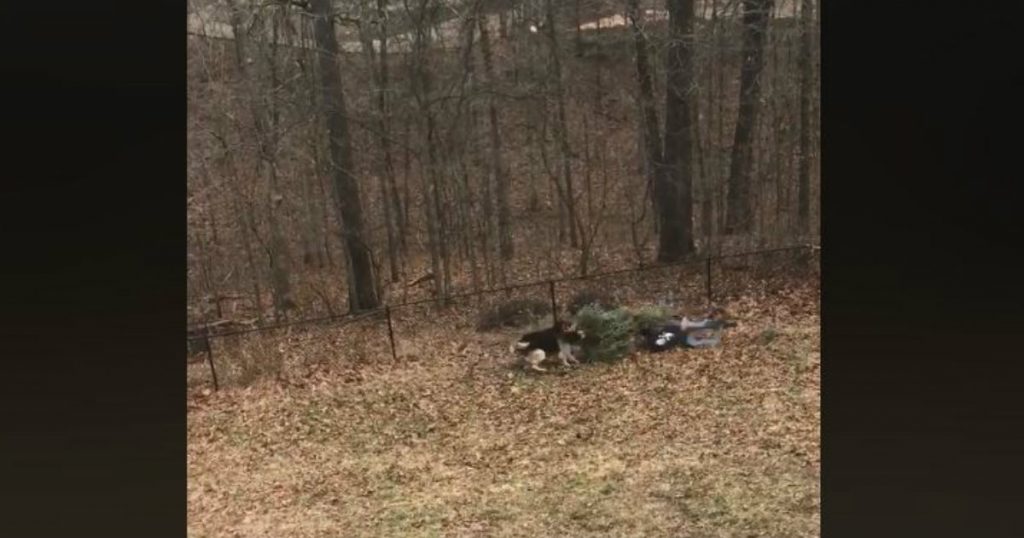 Erin could not stop laughing at the sight of her husband trying to keep his grip on the tree. Finally, in a split second where the tree slipped from the dog's hold, David quickly tossed the tree over the fence into the woods. They began to bark at him as if they were saying "Why would you do such a thing!". It was the most hilarious thing! It looks like these pups are having as hard of a time saying goodbye to Christmas as I am!

YOU MAY ALSO LIKE: Family Invites Stranger Over For Dinner Because Of A Lost Dog