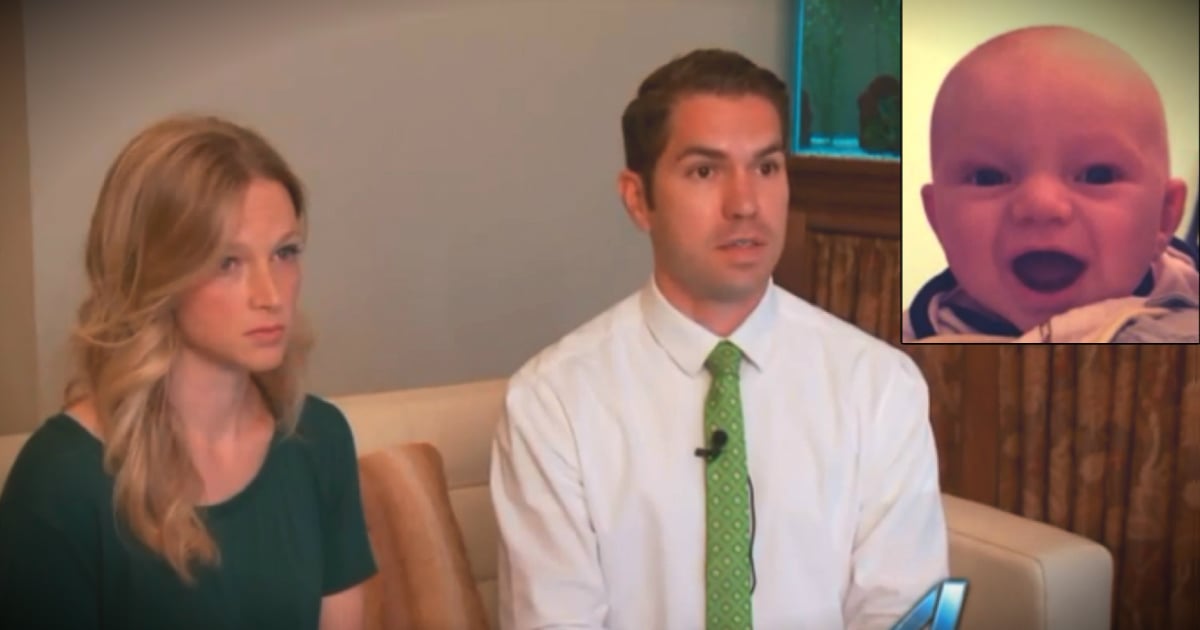 Their Son Died At Daycare, So His Grieving Parents Share This Warning
Read Article »

Pokemon Go is the newest mobile game to take America by storm, hitting the number one spot in the Apple app store only a few days after its release. Many view the highly addictive game as fun, exciting and harmless. But some very real dangers have been discovered shortly after its release. And that’s why police are spreading the Pokemon Go app warning! 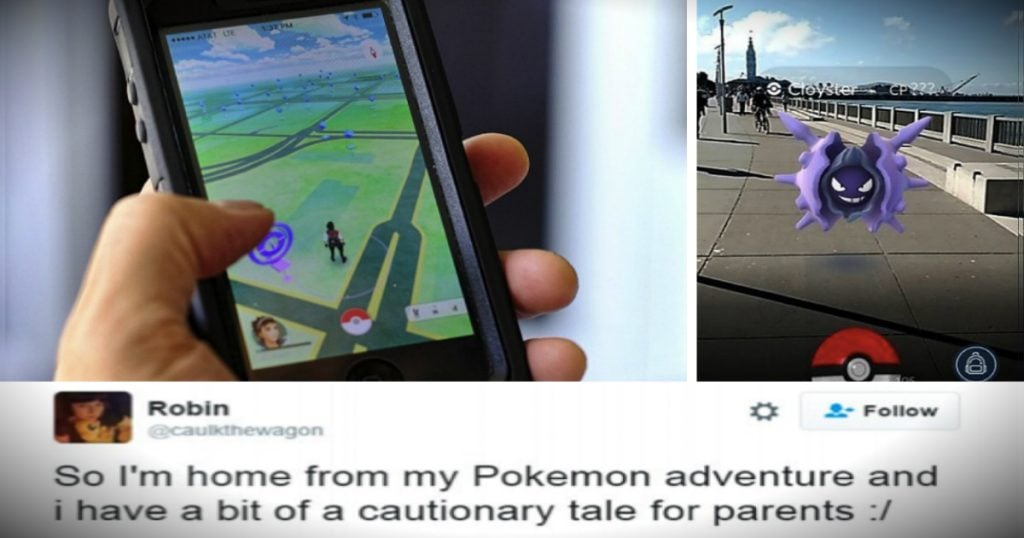 Pokemon Game App Warning: What The Game Is

The app is a modern day version of the wildly popular 90s Pokemon game/cartoon. It uses GPS technology to place digital monsters on the screen in the user’s real-world setting, such as grocery stores, local landmarks, etc. 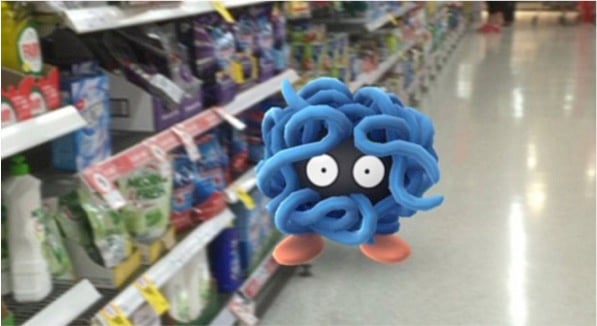 The goal is to find and fight monsters. As part of the game, monsters can flee, leaving players to chase the on-screen characters through real-life locations. The trouble is that the virtual scavenger hunt presents very real dangers to the player.

Users have their eyes so glued to their screens that they are often unaware of what’s going on around them. This has led to bumps, bruises and even broken bones! 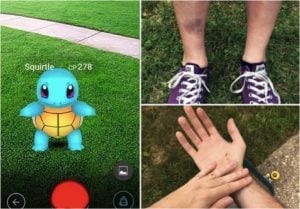 It’s even caused players to walk into traffic without looking. And some folks play the game while behind the wheel, resulting in dangerous and distracted driving.

If your weekend includes looking for #Eevee on #PokemonGO, please do so safely. No Pokemoning from behind the wheel. pic.twitter.com/Kt9CmTOKiP

One teen girl in Wyoming even stumbled upon a dead body while out playing the game. The app led her down to the town’s river, where she discovered a dead body face down in the river. It was a terrifying experience for the young girl.

"I cried and started shaking and called 911 right away," the teen said.

Hubs in the game called Pokestops and Gyms are an aspect of the games posing an increasing risk. They are real-world locations where players travel to gain automatic points or monster training opportunities.

RELATED: After losing her son, a mom warns others of the online ‘pass-out’ game

And things got a little strange for a family in Massachusetts after their home was mistakenly identified as a Pokemon Go Gym.

This is what I’m a little leery of. People pulled up, blocking my drive way as they sit on their phones. pic.twitter.com/WpRbilk6g6

Boon Sheridan and his family live in an old church, and one Pokemon Go player set the church location up as a Gym.

Woohoo! I met the owner of my gym. Nice guy. pic.twitter.com/uujdC3JYbA

As a result, people show up at the family’s house all hours of the day and night, playing the game. Fortunately, Boon has had a good attitude about the whole thing, documenting the situation on his Twitter account.

Does having a gym layered on my house enhance or detract from my home's value?

But there’s an even darker danger cropping up as a result of these stations and their ability to draw players to a specific location.

Several teenagers in Missouri have already been accused of using it for armed robbery. The teens allegedly set up Pokestops, and then robbed the players showing up at the remote locations at gunpoint.

"Using the geolocation feature of the ‘Pokemon Go' app, the robbers were able to anticipate the location and level of seclusion of unwitting victims," said Sgt. Bill Stringer of the O'Fallon Police Department.

The fear is that other criminals, such as pedophiles, could use the same tactic to carry out even more sinister plots.

RELATED: Mom warns others of how her 13-year-old daughter met her murderer online

In fact, one Twitter user named Robin conducted an “experiment” based upon this very concern. She set up a lure to see how many people would show up. It was shocking to see how many children showed up — some with parents and some without.

“There’s a sense of camaraderie that is built up around this game. The kid I just played with definitely lost his stranger danger sense,” she wrote on Twitter. 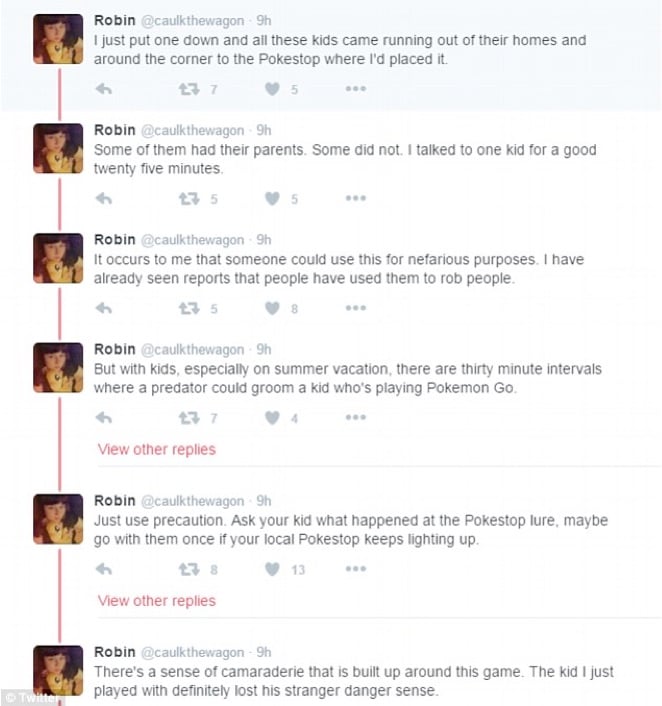 And it’s precisely that sense of camaraderie unsavory characters will look to exploit, which is why this Pokemon Go app warning is such an important message for everyone to hear.

"Parents need to be aware of the situation. The potential for taking something that's benign and making it nefarious is obviously there," Sgt. Bill Stringer says.

Pokemon Go App Warning: Get The Word Out

One of the benefits to the Pokemon Go app is that it encourages the gaming community to get outdoors and be active. However, it’s definitely important for players to use common sense and precautions when playing. For example, travel in packs and take turns playing so that other players can monitor the surroundings for any dangers. Never play while driving and only participate during daylight hours and in highly populated areas.

Please be sure to share this Pokemon Go app warning with others to make sure anyone who plays, especially children, are doing so safely and responsibly!

For more on this danger, watch the video below:

This teen’s driving mistake needs to be shared! 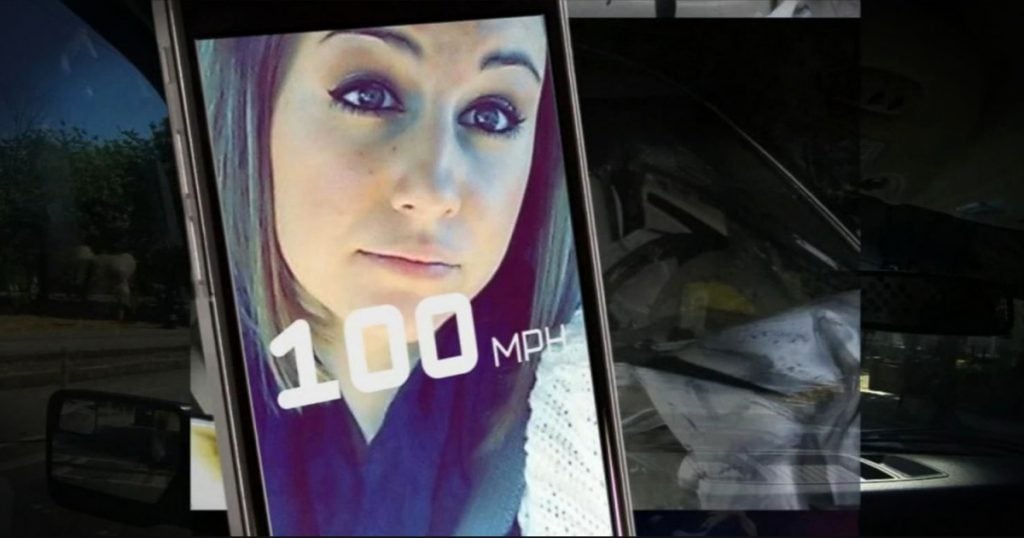