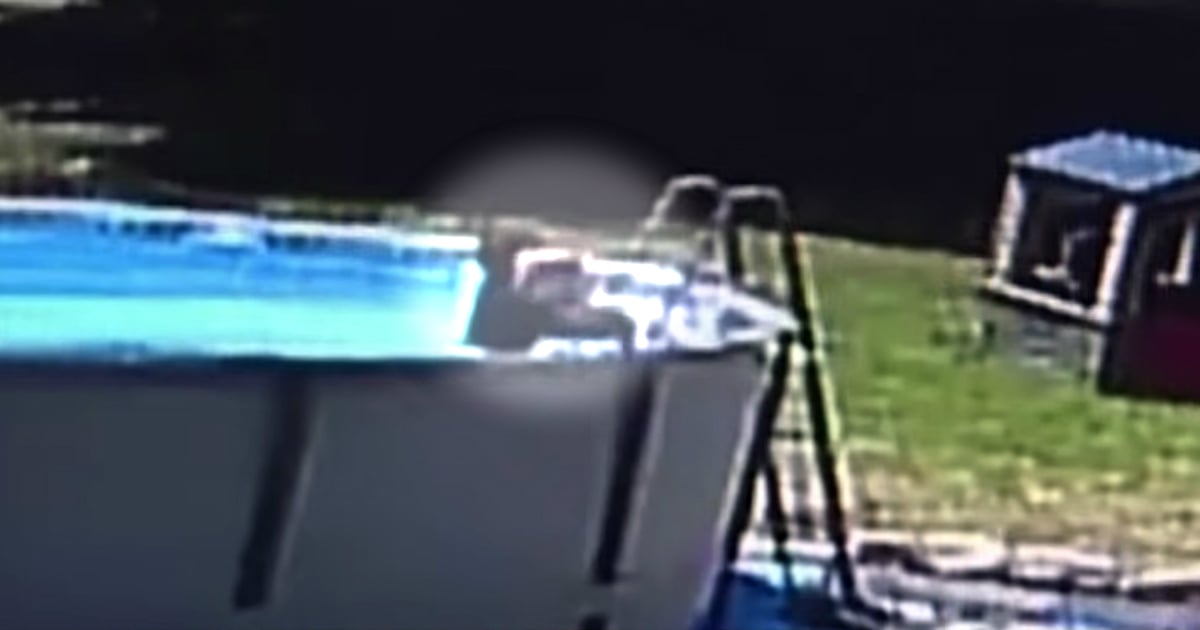 Heather Clare did something most parents have done. She rode down the playground slide with her 1-year-old daughter. But when it ended with a trip to the ER, Heather wanted to warn other parents of this common, yet often overlooked playground danger.

Heather Clare was enjoying a day at the playground with her family. But an innocent trip down the slide with her 1-year-old daughter ended with a broken leg. And since then, Heather’s made it her mission year after year to retell the tale as a caution to others.

***WARNING: Images may be too disturbing for some***

Heather’s toddler twins, Meadow and Matthew, were still too young to go down the playground slide by themselves. So, like most parents, Heather went down the slide with the children in her lap.

RELATED: Mom’s Warning To Others About Hidden Bounce House Danger

She and Matthew went first. Meadow was up next. And while the little girl was happy at the start, all that changed by the time the short ride was over.

“When I got to the bottom of the slide she was screaming,” Heather said.

A photo snapped as the pair went down revealed why.

While Meadow started in the middle of Heather’s lap, the twist in the slide caused her to shift to Heather’s side. Her tiny foot got pinned against the side of the slide.

It all happened in a matter of seconds. As soon as Heather felt her daughter shifting, the mom leaned her weight in the opposite direction and grabbed frantically at the side of the slide, trying to stop them. But the damage was already done. The snag snapped Meadow’s tibia and fibula.

Now 3, Meadow completely recovered from the incident and is just fine. But Heather still remembers the terror of that day.

She can recall her daughter crying in pain and the lecture she received from the ER doctor. Apparently, this precise type of injury is one of the leading reasons kids end up in the ER during the Spring and Summer.

From 2002 to 2015, 350,000 children under the age of five were injured on playground slides, according to the Centers for Disease Control. And over one-third of those injuries were lower leg fractures, just like Meadow’s wound.

Yet, like Heather, many parents have never imagined or heard of this playground danger before.

RELATED: Man Warns Parents To Check Under Kid's Toys In The Yard

And that’s why, every year, Heather shares this photo on social media, warning other parents to never go down the playground slide with their child in their lap. Experts recommend parents stand next to the slide, holding their child’s hand as they go down the slide on their own.

Even though Heather’s posts often draw harsh criticism from some people saying this should be “common sense,” she’s willing to take the heat if it means sparing another family.

“If I can take what happened to Meadow and take the pain that she felt and the guilt that I felt, and we can use that as an impetus to create change, that’s what’s the most important thing to me,” she says.

I’ve certainly seen parents and grandparents riding down the slide with kids in their laps plenty of times. Thank God this mom is getting the word out!

Please be sure to share this playground slide warning so others can watch out for this danger.

YOU MAY ALSO LIKE: Boy Becomes Hysterical At Family Cookout And Common BBQ Menace Is To Blame