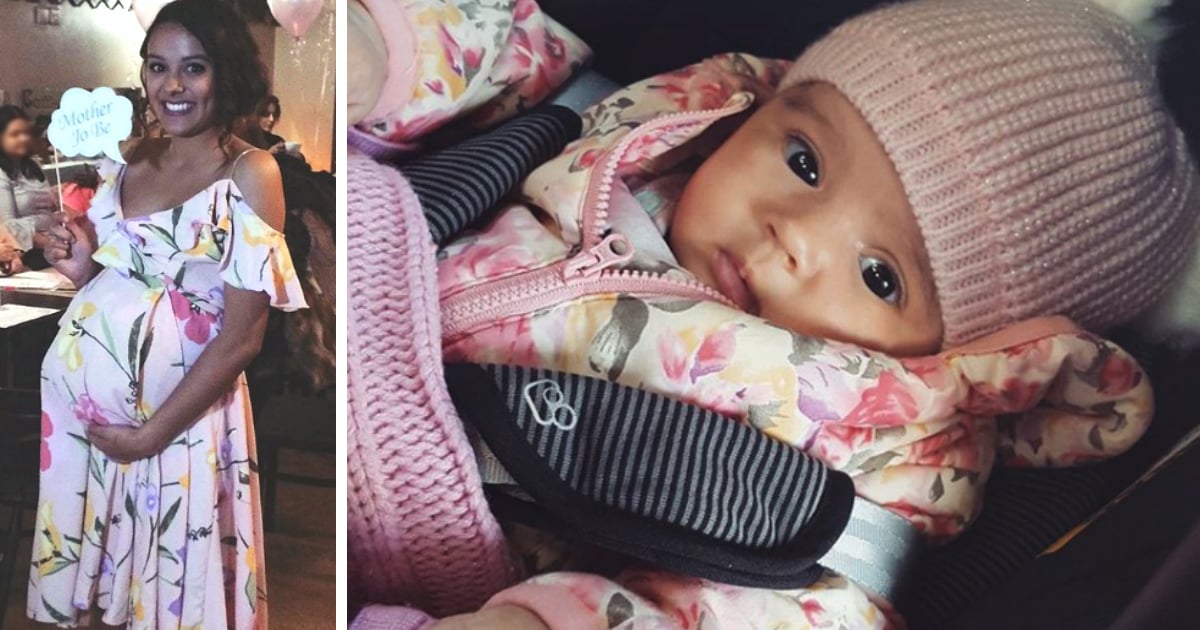 These parents thought they’d successfully safeguarded their pools for their toddlers. One family even purchased an “unclimbable” pool ladder. But after security cameras revealed some terrifyingly close calls, these parents are sending out a pool ladder warning so others don’t make the same mistake.

The sun and warm weather bring along lots of opportunities for fun. But parents need to be mindful of Summertime dangers, as well. And two families are speaking out about the lessons they’ve learned in the hopes it will help other parents.

Tanah Zuniga and Karly James are sisters. And they both got the scare of their lives during a visit at Tanah’s new house in Fort Worth, Texas.

While Karly and Tanah were catching up in the kitchen, Karly’s 2-year-old son, Jalen, and Tanah’s 17-month-old son, Elijah, somehow managed to unlock the back door.

Despite not knowing how to swim, the two boys made a beeline straight for the above ground pool. 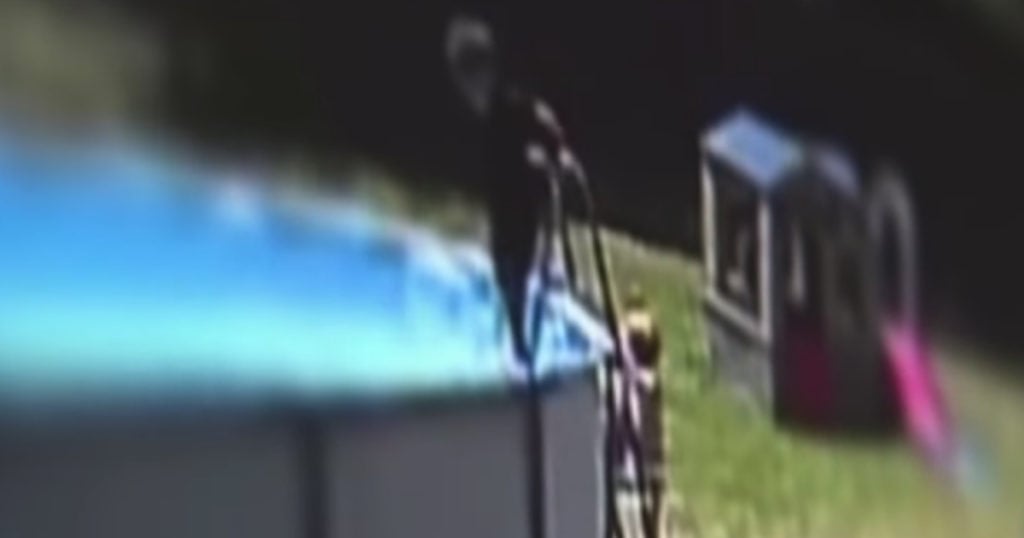 Jalen climbed right up the pool ladder, followed immediately by little Elijah. Both boys plunged into the pool and while Jaden was able to stay afloat, Elijah sunk right to the bottom.

The harrowing minutes were captured by security cameras. You can see 2-year-old Jalen trying to rescue his baby cousin without success. He gets out of the water and heads back inside to alert his mom.

And when the two sisters saw Jalen, soaking wet, they knew Elijah was in trouble.

Tanah raced outside. Finding her son floating lifeless in the pool had to have been sheer torture.

The terrified mom scooped her son’s limp body out of the water, realizing they needed to act quickly.

“When we pulled him out of the water, he was already gone. He was completely blue. His lips were white. He was not moving. He was not breathing,” Karly recalled. “All I knew was to give him air.” 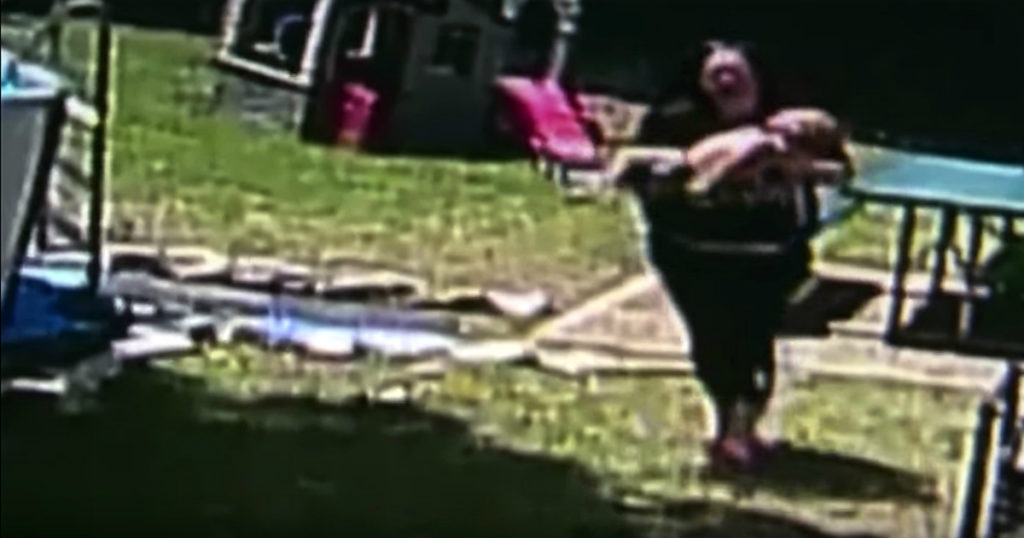 Tanah called 911 while Karly started CPR, a training she’d received years ago. Elijah had been in the water for around five minutes, so it was going to take a miracle.

As Karly performed CPR, the two sisters prayed to God for help.

“I begged God to bring my baby back because he had no life in him,” Tannah said.

And then, something amazing happened. Elijah started coughing up water!

“I was here, and I was the hands and the feet on earth, but God used me and my two-year-old to save him. There is no other explanation,” Karly said.

But Elijah’s mom and aunt know exactly who they have to thank for their happy ending.

“God brought my baby back. I truly believe that,” Tanah said.

And the two sisters realize the terrifying ordeal could easily happen to any other parent. It’s something they don’t want to happen.

“It was the worst experience of my life. You never think it’s going to happen to you,” Tanah said.

And that’s why these brave moms are sharing their story. They hope the pool ladder warning may save other parents from living through such a nightmare.

Another family in Massachusetts is sharing a similar message. Thankfully, their experience wasn’t as traumatic as Tanah’s. But the video of their close call carries with it an important message, too. 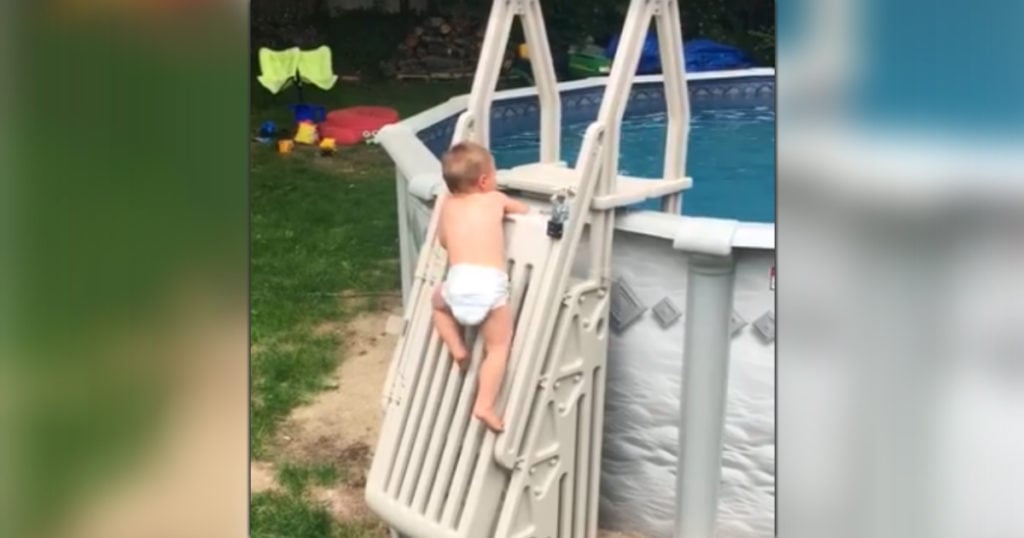 Keith Wyman and his wife thought they’d successfully safeguarded their aboveground pool after purchasing a special pool ladder. This ladder included a safety gate advertised to make the structure “unclimbable.”

However, while out in the backyard with his 2-year-old son, Cody, Keith soon learned he couldn’t count on this product to keep his son safe.

Keith made sure to film the incident so he could warn others. As he kept a close eye, his determined little boy went right up to the “unclimbable” ladder and scaled it with relative ease.

Had his parents not been there to stop him, there’s no question Cody would have wound up in the pool. And that’s why Keith and his wife wanted to share this important pool ladder warning.

While it’s a good idea to have security measures like locked gates, it’s important not to rely on them to do the job of keeping your child safe.

Here are some tips to help prevent accidental pool drownings:

Please be sure to share this story with all the parents and grandparents you know as a reminder of the importance of pool safety!