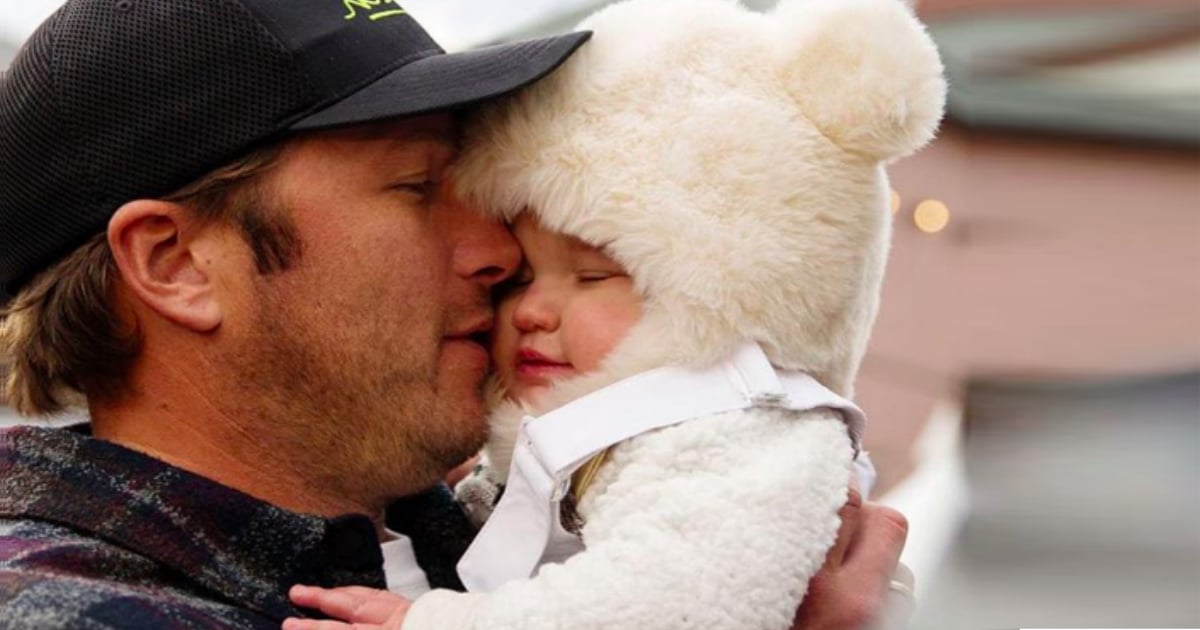 Having children is a life-changing experience. But that became true in a very unexpected way for Cherelle Farrugia when the new mom developed a water allergy after giving birth. And this rare and bizarre medical condition has changed everything about her life.

Like most parents, 25-year-old Cherelle Farrugia from England was ecstatic when God blessed her with a baby girl. She named her precious angel Willow and embraced the joys of motherhood.

RELATED: Mom Births Baby Girl, Then Becomes Paralyzed From The Neck Down

But roughly six weeks later, she started breaking out in itchy, painful hives every time she took a shower.

"I initially thought it must be caused by the soap I was using. Then I thought it was the temperature of the water,” Cherelle explained. "But I tried all different temperatures — cold, hot, lukewarm and body temperature — but my body reacted to all of them." 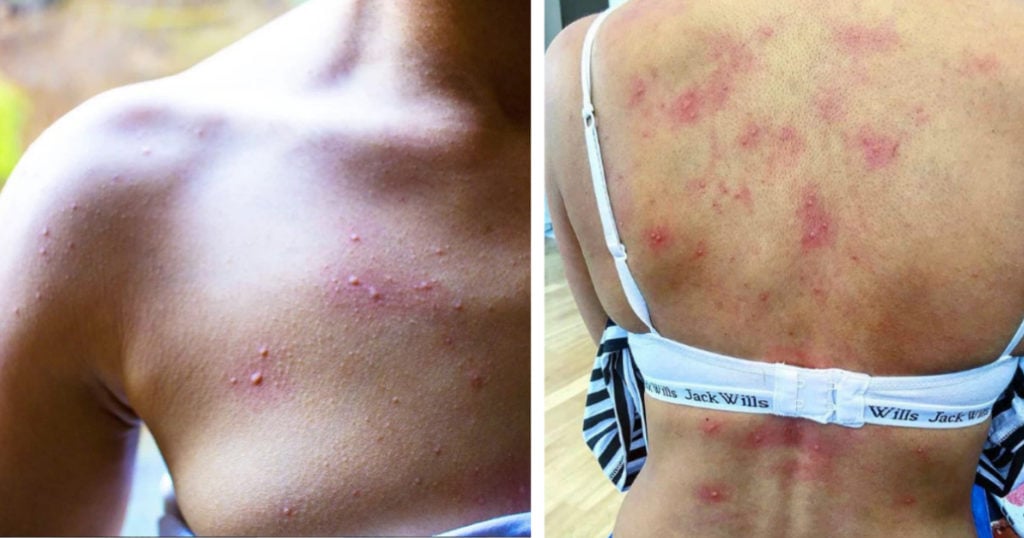 The new mom kept experimenting, ruling out chlorine allergy and bacteria in the shower head. Cherelle is studying to become a mental health counselor, so she started doing some research to try and figure out what was happening.

That’s when she stumbled upon a bizarre medical condition called Aquagenic Urticaria.

Aquagenic Urticaria is an allergic reaction to water. And with only about 35 reported cases worldwide, it’s extremely rare. It appears to be more common in women and typically develops around puberty. But with such limited data available, doctors still don’t know exactly what causes the condition.

“I knew straight away that I had it,” she said. “And that’s when I booked an appointment with my doctor.”

But with a medical condition this rare, even finding a doctor who could properly diagnosed her was a battle.

"The first doctor I saw told me it was impossible but the second doctor I saw had heard of it and referred me to an allergist,” Cherelle explained. 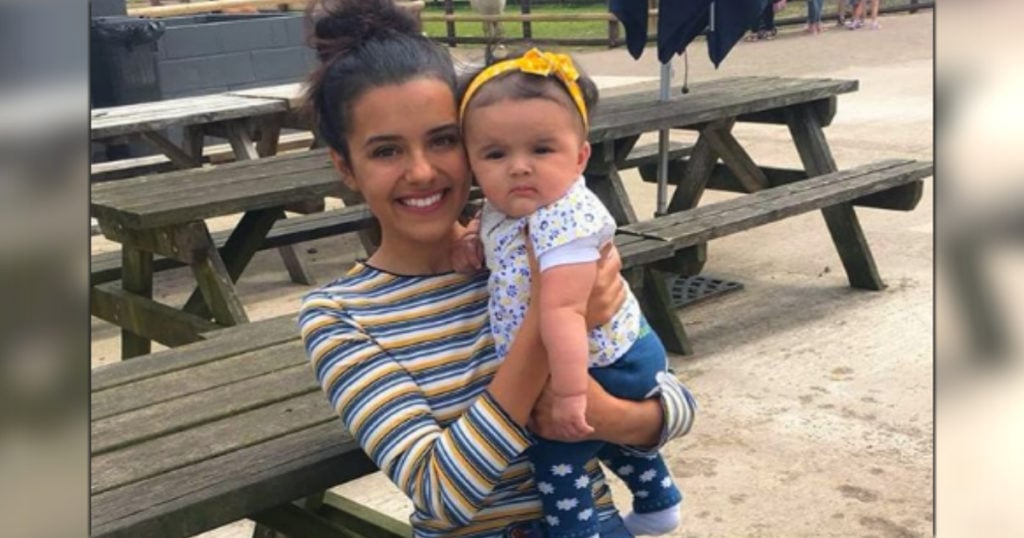 "It was horrific and it hit me out of nowhere. I was borderline suicidal," she said. "I couldn't get out of bed, I couldn't leave the house, and I was convinced something was going to happen to my daughter — I wouldn't let anyone hold her.”

In fact, doctors believe Cherelle’s postpartum depression could be to blame for developing the water allergy after giving birth. They suspect it altered the new mom’s hormone levels, triggering the condition. But God has blessed Cherelle with plenty of support during this trying time.

“I am very fortunate to be super close to my mum and dad and my partner is amazing," she said.

The allergy has changed everything about Cherelle’s life. It only takes about five minutes of exposure to water and a tingling sensation then turns into an itchy, painful rash which lasts for about 30 minutes to an hour.

"I have OCD so this condition is a nightmare for me as I always want to be clean," she says.

Cherelle tries to limit her exposure to water as much as possible, taking quick showers and drying off immediately.

RELATED: Teacher Wanted to Take Own Life Until She Learned Why She Smelled Like Rotten Fish

Since breaking out in the rash causes her so much anxiety, she tries to keep herself distracted during flare-ups.

“I then make sure I am busy for the next hour or so because if I sit there and think about it I get really upset over it. So I usually play with my daughter or take the dog out for a walk to distract myself,” Cherelle explained.

The young woman must also pay close attention to the weather now. Otherwise, she could find herself caught in the rain.

When you embrace the itchy hives for your baby girl. 💧 I try my best not to let AU stop me but I must admit sometimes it really does get me down!

And sadly, the condition will keep her from doing some of the things she’d dreamed of doing as a mom.

“I also can’t take my daughter swimming which I’m really upset about as this was something that I was really looking forward to when she was born,” she admits.

Mom With Water Allery Won’t Give Up

This bizarre medical condition isn’t exactly enjoyable. And because it’s so rare, there’s currently no cure and no real clue as to what the future holds for Cherelle.

“I can drink water fine as I’m not affected internally,” she says. “However I have read that there are some people with the condition who can’t drink plain water as their throat swells. The condition tends to be degenerative so one day I may not be able to drink it either.”

Doctors have yet to find any kind of treatment to successfully help Cherelle. But she’s not letting the allergy get the best of her!

Rather than spend too much time worrying, this brave new mom is choosing to focus on the blessings. Gifts like her precious daughter, Willow.

“It’s a crazy condition but it could be way worse — it’s not going to kill me!” she exclaimed. 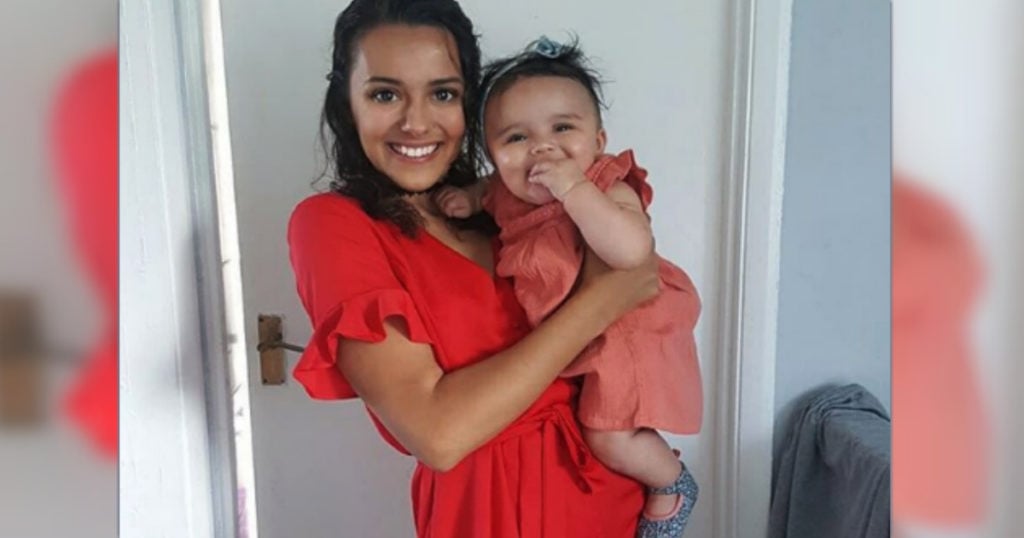 Cherelle is even allowing God to give her pain a purpose.

She started an Instagram account dedicated to raising awareness. By doing so, perhaps a cure can be found. And the Instagram account helps Cherelle find and connect with other people suffering from this bizarre medical condition. She hopes sharing what’s she learned so far will help someone else.

Taking control has been therapeutic in and of itself.

“I already suffer with mental health issues and terrible health anxiety and this condition just made everything so much worse. However, once you accept that you have the condition you can then find the strength to learn how to cope with it,” she said.

We’ll certainly be praying for divine healing for Cherelle. What a brave woman to share her story as a way to help others!

“Even though I walk through the darkest valley,I will fear no evil, for you are with me; your rod and your staff, they comfort me.” Psalm 23:4