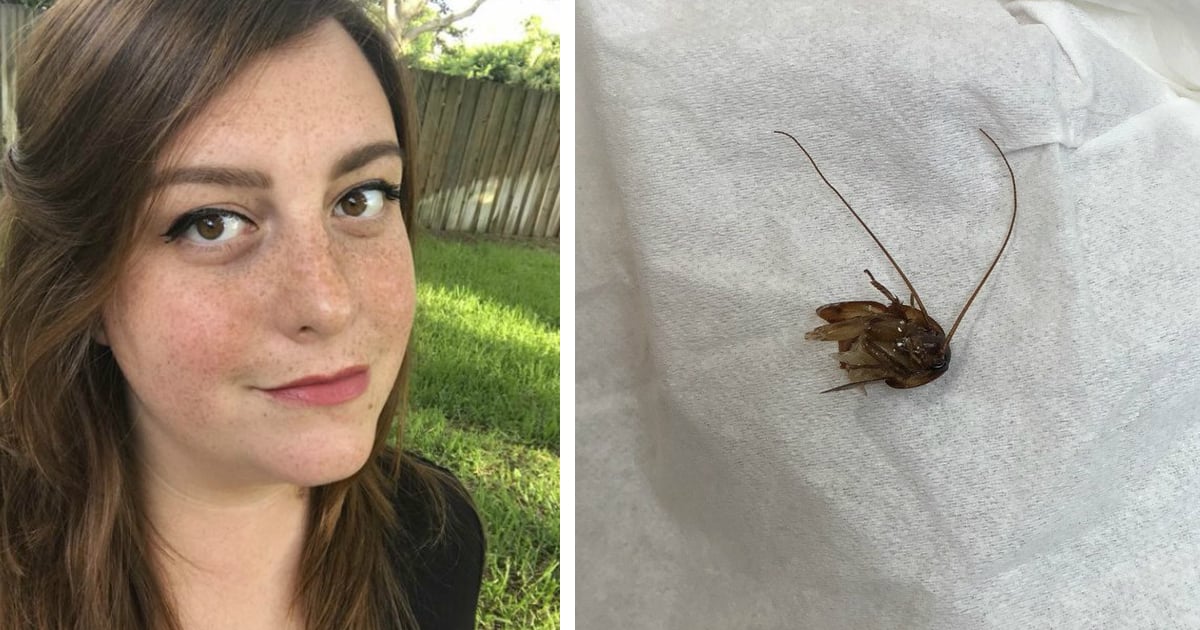 Cockroach Crawls In Sleeping Woman’s Ear, Takes 9 Days & 3 Dr. Visits To Get It Out
Read Article »

Brittany Angerman wanted to know why her baby girl kept breaking out in painful hives. The doctor brushed it off as “just a rash” until the results came back. It turns out Brittany’s 2-year-old daughter is allergic to water — even her own sweat and tears. And this precious family needs your prayers!

Ivy Angerman is just like your usual toddler, except for when it comes to water. By the time she was about one year old, Ivy’s parents started noticing their little girl would have a reaction after bath time.

“I took her to the local doctor quite a few times and they kept saying. ‘It’s just a rash, just keep an eye on it, just monitor it,'” Ivy’s mom, Brittany, said.

RELATED: Mom Figures Out Why Her Baby's Skin Is ‘Melting Off'

But it didn’t get better. Brittany tried everything that came to mind to try and avoid the rash.

“I did all things every mom would do,” she said. “Eliminate bath products, check laundry detergent, check fabric softeners.”

But nothing seemed to help.

Then a trip to the allergist confirmed Brittany’s worst fears. The tiny girl suffers from a very rare condition called aquagenic urticaria. It means Ivy is allergic to water. 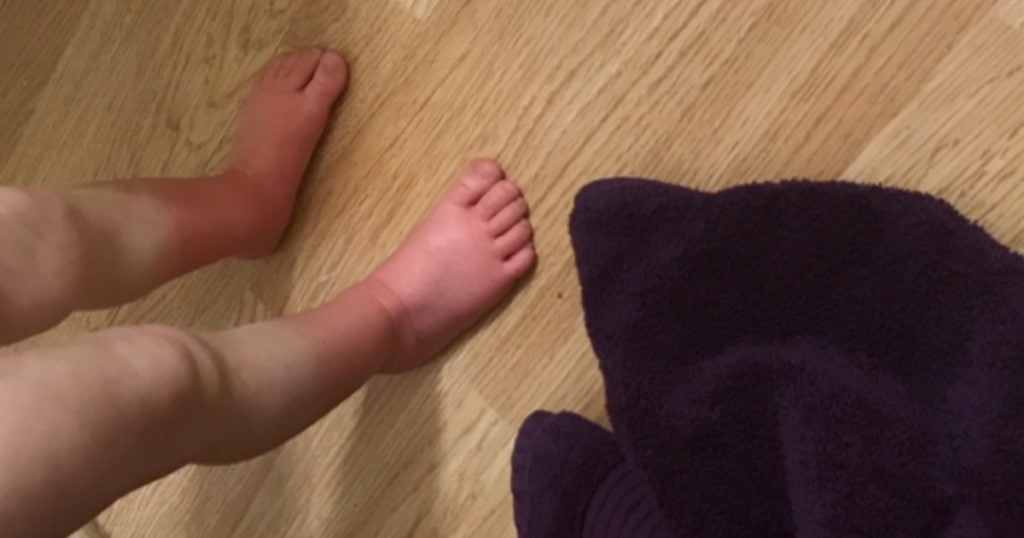 And the bizarre medical problem has scientists stumped.

“People think our bodies are made of water - we need water. That's why there's so much intrigue about it,” Ivy’s allergist, Dr. Douglas McMahon, remarked.

Allergic To Water — A Tricky Condition

Having a diagnosis helps some, but there are so many unknowns regarding Ivy’s rare condition. And avoiding water isn’t exactly the easiest thing in the world, especially for a toddler.

“She’s curious about water because she’s a kid,” Brittany said. “[But] once she gets in the water, she’s terrified. She’s trying to climb the walls of the bathtub.”

Bath time used to be fun. But now, it’s a painful and traumatic experience for the little girl and her parents.

“As a mom that’s probably the hardest thing ever, seeing her in pain and her not realizing why she’s in pain,” Brittany says. “I feel horrible when I have to give her a bath. It breaks my heart.”

Ivy’s family works hard to keep the toddler as clean as possible with only two short baths a week. And her condition calls for all kinds of other adjustments to everyday life.

RELATED: Girl’s Rare Skin Disorder Made Strangers Think Her Mom Was Burning Her

In aquagenic urticaria, even brief contact with water causes a painful allergic reaction. Ivy breaks out in small, red hives that burn and itch and last anywhere from 15 minutes to hours. Her only treatment is an antihistamine, which helps but as Ivy grows, Brittany says her reaction is getting worse.

And while Ivy is starting to recognize the pain, she’s still too young to understand what’s going on. She gets upset, which only makes things worse because even her tears and sweat trigger the allergic reaction.

"The more she cries, the worse the reaction is," she says, "but she's too young to understand that." 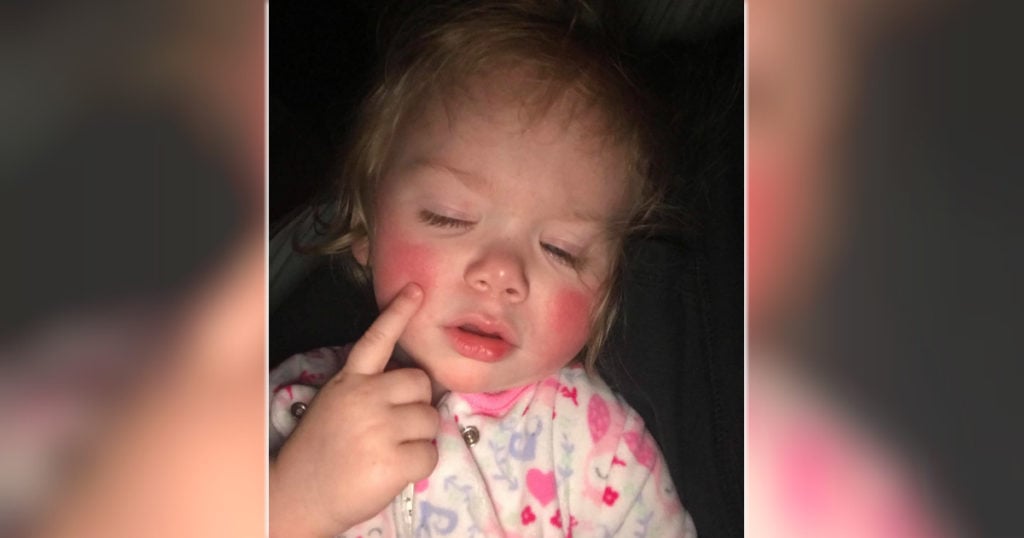 While Ivy’s family is dealing with her condition the best they can, Brittany fears the future. Right now, Ivy’s allergic reaction to water is on the outside. But Brittany is terrified the day will come when Ivy starts reacting internally, too.

"I wonder if one day her throat will start to swell up when she drinks it," Brittany says. "It's already getting worse. There are so many unknowns. It causes a lot of stress, but we get through it because we have to focus on Ivy."

Ivy’s parents desperately want their daughter to have a normal life, but they aren’t sure what that will look like given her unique condition.

"We think about Disney World and taking her to the ocean and how we might not be able to do that," Brittany explains. "These are the places kids dream of seeing. I want her to live her life."

Limiting baths means having to avoid markers and crayons and anything that could get Ivy messy. Trying to keep her from sweating means allowing for more TV time than they’d like. And since Ivy is tortured by her own tears, Brittany admits to giving they toddler what she wants more than she’d like just so she won’t cry.

"I can't turn her tears off," she says, "I don't want her to cry because then her face will burn."

Allergic To Water — Finding The Blessings

Dealing with something so rare must be overwhelming. And watching your child suffer is the worst kind of torment for loving parents.

“As a father, it absolutely breaks your heart,” Ivy’s dad, a truck driver, says. 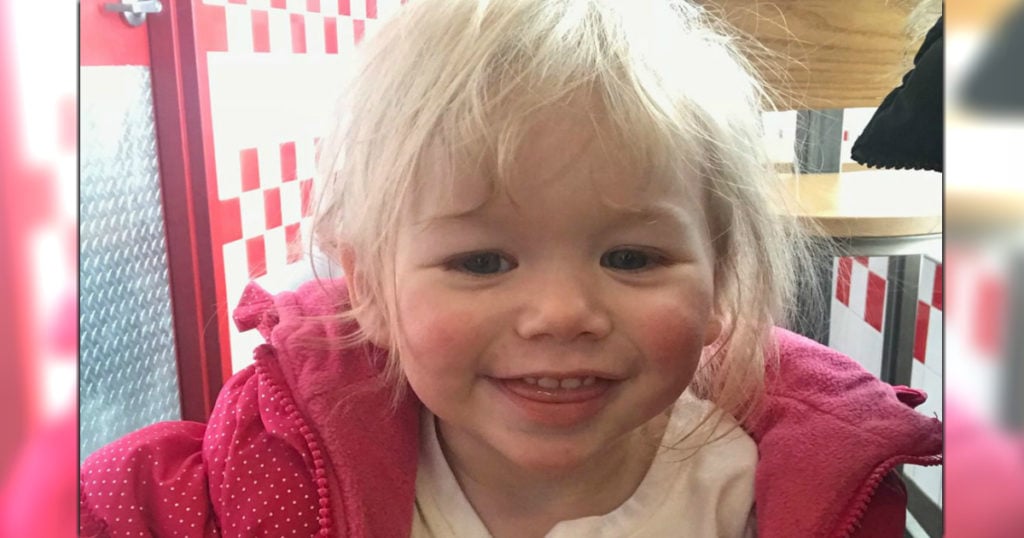 But the family is doing their best to focus on the blessings.

"It's definitely brought our family a lot closer together," Brittany says. "We're all in this for Ivy."

And they’re already feeling the impact of stranger’s prayers and support.

The family is working on looking for a new house based on the advice of Ivy’s allergist. Their current rental is home built in 1901 that has water pipe problems and no air conditioning. So, they are trying to find a home with a well or purified water system, as well as air conditioning to minimize Ivy’s sweating.

RELATED: People Stare At Her Rash Covered Body, But She's Not Covering Up Anymore

Through a fundraising page, strangers have been donating money to help the family relocate and care for Ivy. But they’ve also been flooding Ivy’s parents with words of encouragement and support.

"People really want her to get better," says Brittany. "We have a list of everyone's suggestions that we are starting to try. We can't put into words how happy it makes us to know that strangers care. It makes you realize how there are a lot of good people in this world."

Doctors know so little about this type of allergy, and Ivy’s doctors say she may be the youngest person ever to be diagnosed with the condition. We’ll certainly be praying for healing for this precious girl!

“Praise the Lord, my soul, and forget not all his benefits - who forgives all your sins and heals all your diseases” Psalm 103:2-3