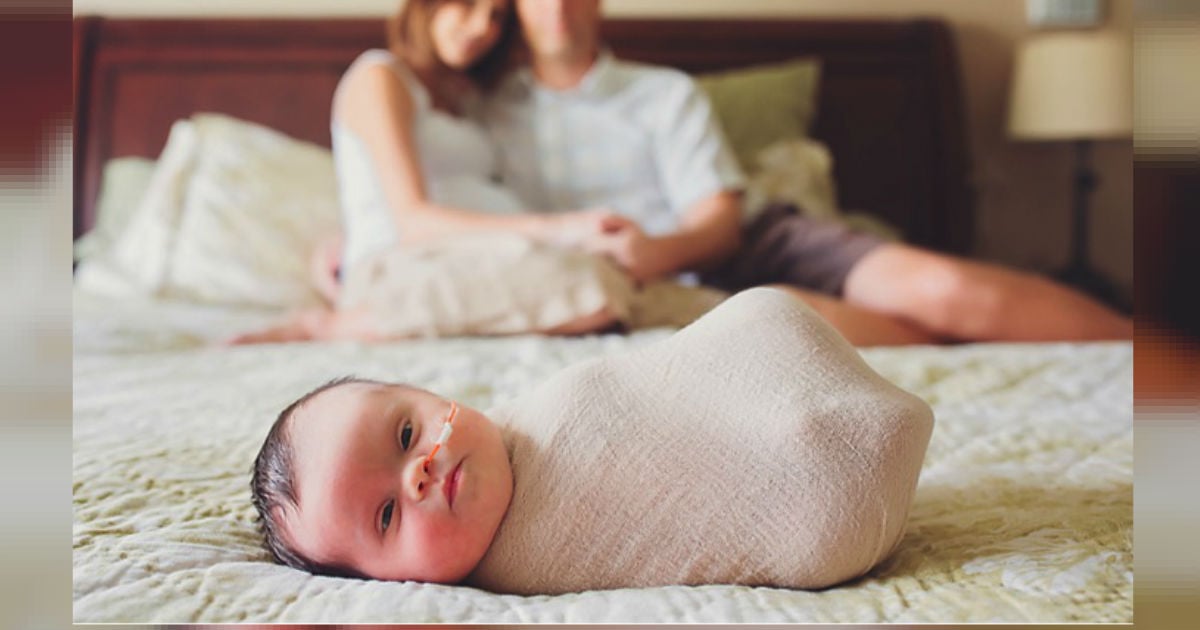 This Miracle Baby’s Life Will Be Short. But Her Story Will Have You In TEARS!
Read Article »

Being a mother is an absolute blessing. And another incredible gift that God gives to moms is what's called a "mother's intuition." And this very gift is what saved little Isaiah Smith.

At about 3 months old, baby Isaiah developed a mild rash that doctors said was eczema. They prescribed a steroid cream and told his mother, Stephanie, that it should do the trick. And for a short time, the rash got better.

But then it came back with a vengeance. It spread all over Isaiah's poor little body, and he even lost his hair. The poor boy was miserable and lethargic.

A panicked mom took him to the hospital where he was given steroid shots. Again, the rash eased, only to return again fiercely — this time only a couple of days later.

Stephanie hated seeing her baby boy suffer. He cried constantly and she wrapped him in gauze in an effort to keep him from scratching the skin in his sleep. Strangers mistook him for a burn victim.

Doctor after doctor continued to tell Stephanie that the problem was her son's eczema, and continued to treat him with steroid creams — all with the same result. For Stephanie, it was absolutely heartbreaking. She says,

"Every time our skin touched his, it would blister and ooze like crazy. I couldn't even touch my cheek to his. He was most comfortable in his bathtub, the water pouring over him in the sink. But he was still in pain. He would wail, and I would cry along."

Finally, Stephanie couldn't take it any longer, and turned to the internet. Through her research she learned about topical steroid withdrawal. She read stories from other parents who'd had the same experience and viewed heart wrenching photos of other children with angry rashes like her son's.

And so, she decided to listen to what her mother's intuition was telling her and stopped giving Isaiah the steroid creams that doctors kept prescribing.

She turned, instead, to natural alternatives, trying different types of balms. Once she found the combination of natural balms that seemed to work best, she continued with the homeopathic treatments, steering clear of the steroid creams.

And after 10 months, the rashes, along with the pain and suffering, were gone!

Praise God for leading Stephanie to the cure! Through Him, Isaiah is now happy and healthy. And both he and his mom can finally make up for all that lost cuddle time. She says,

"We lost the first year of his life. I wasn't able to kiss him or hold him. Now we squeeze him all the time. He is a squeezable little guy."

Don’t you just love a good miracle story! If so, you can read another one HERE!